Because apparently you can't be empathetic, or help the homeless, without a GoPro 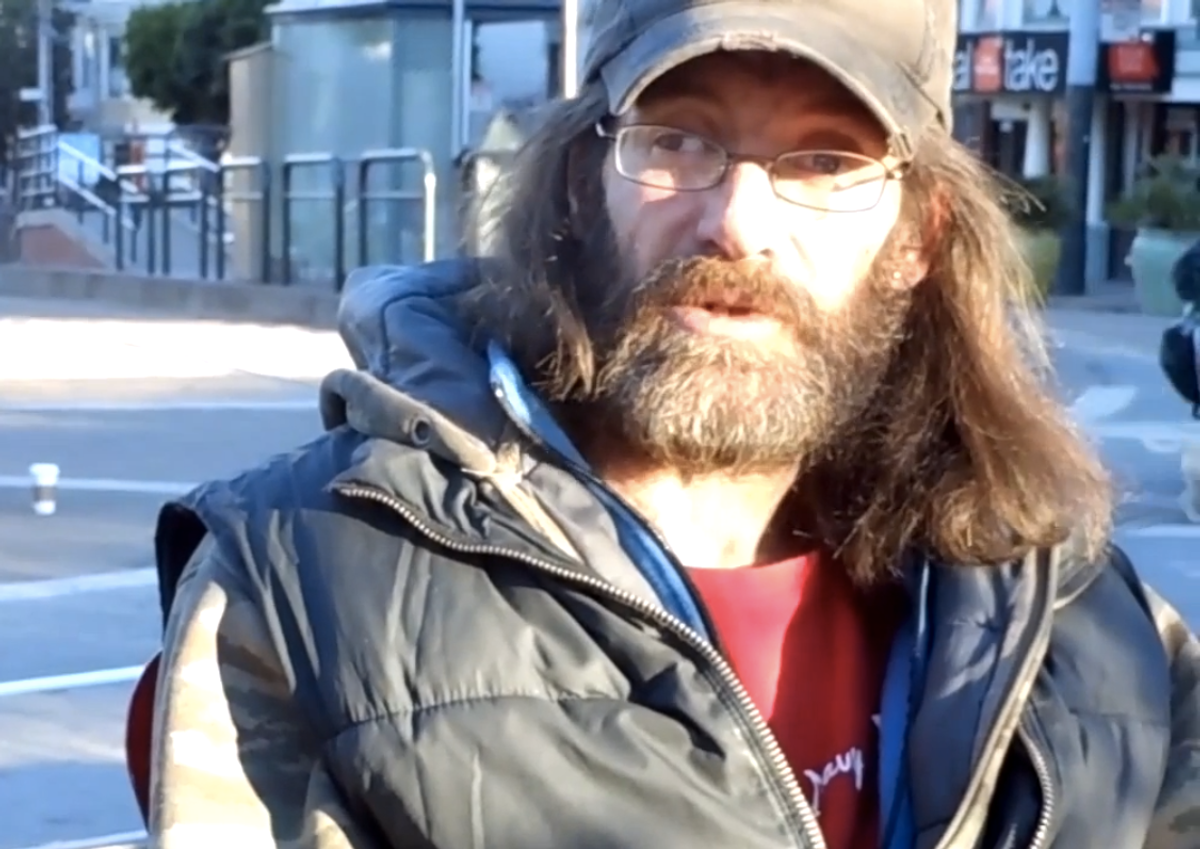 GoPro cameras are branded as recording devices for extreme sports, but a San Francisco-based entrepreneur had a different idea of what to do with the camera: Strap it to a homeless man and capture "extreme living."

The project is called Homeless GoPro, and it involves learning the first-person perspective of homeless people on the streets of San Francisco. The website explains:

"With a donated HERO3+ Silver Edition from GoPro and a small team of committed volunteers in San Francisco, Homeless GoPro explores how a camera normally associated with extreme sports and other 'hardcore' activities can showcase courage, challenge, and humanity of a different sort - extreme living."

The intentions of the founder, Kevin Adler, seem altruistic. His uncle was homeless for 30 years, and after visiting his gravesite he decided to start the organization and help others who are homeless.

The first volunteer to film his life is a man named Adam, who has been homeless for 30 years, six of those in San Francisco. There are several edited videos of him on the organization's site.

In one of the videos, titled "Needs," Adam says, "I notice every day that people are losing their compassion and empathy -- not just for homeless people -- but for society in general. I feel like technology has changed so much -- where people are emailing and don't talk face to face anymore."

Without knowing it Adam has critiqued the the entire project, which is attempting to use technology (a GoPro) to garner empathy and compassion. It is a sad reminder that humanity can ignore the homeless population in person on a day-to-day basis, and needs a video to build empathy. Viewers may feel a twinge of guilt as they sit removed from the situation, watching a screen.

According to San Francisco's Department of Human Services' biennial count there were 6,436 homeless people living in San Francisco (county and city). "Of the 6,436 homeless counted," a press release stated, "more than half (3,401) were on the streets without shelter, the remaining 3,035 were residing in shelters, transitional housing, resource centers, residential treatment, jail or hospitals." The homeless population is subject to hunger, illness, violence, extreme weather conditions, fear and other physical and emotional ailments.

Empathy -- and the experience of "walking a mile in somebody's shoes" -- are important elements of social change, and these documentary-style videos do give Adam a medium and platform to be a voice for the homeless population. (One hopes that the organization also helped Adam in other ways -- shelter, food, a place to stay on his birthday -- and isn't just using him as a human tool in its project.) But something about the project still seems off.

It is in part because of the product placement. GoPro donated a $300 camera for the cause, which sounds great until you remember that it is a billion-dollar company owned by billionaire Nick Woodman. If GoPro wants to do something to help the Bay Area homeless population there are better ways to go about it than donate a camera.

As ValleyWag's Sam Biddle put it, "Stop thinking we can innovate our way out of one of civilization's oldest ailments. Poverty, homelessness, and inequality are bigger than any app ..."