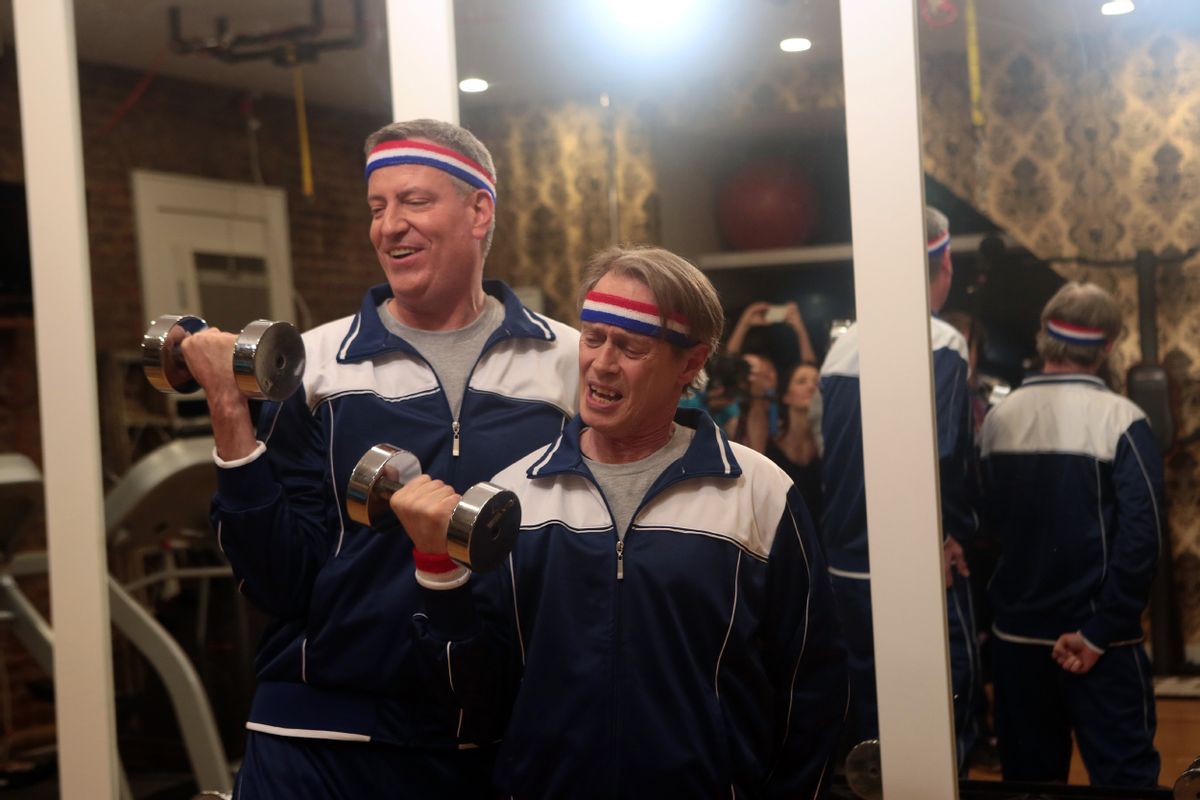 New York Mayor Bill de Blasio, who is losing no time in trying to become the city's coolest politico after guest-starring in "The Good Wife" and lifting weights with Steve Buscemi recently, has outlined his plans to support the entertainment industry in the Hollywood Reporter. However, de Blasio has lost a lot more time (three and a half months, to be exact) outlining his plans for the entertainment industry, a $7.1 billion industry that, until today, had no leader at its helm.

On Friday, de Blasio announced three projects he hopes will encourage economic growth and increase the number of films and television shows filmed in the city. To execute the plan, the mayor has finally filled the vacant seat at the Mayor's Office of Film, Theatre & Broadcasting, to be headed by Cynthia Lopez. Lopez is the executive vice president and co-executive producer of PBS documentary series “POV," Variety reports, and her position in office is effective immediately.

Below is de Blasio's plan, per his guest column in THR:

The City is working with Carnegie Mellon University and Brooklyn College to develop cutting-edge education opportunities at the historic Brooklyn Navy Yard. Carnegie Mellon is teaming up with Steiner Studios to create a graduate program that will fuse coursework in the humanities and sciences with the latest digital technology. Brooklyn College is in the process of developing a Graduate School of Cinema that will focus on film, postproduction and animation.

Train Top-Notch Crew Through the "Made in NY" Production Assistant Training Program.

New York City's famous energy, which has played a lead role in so many of our favorite movies and TV shows, has everything to do with our diversity. The "Made in NY" training program provides unemployed, low-income New Yorkers with training and job opportunities as production assistants -- so the scene behind the camera is just as diverse as the one in front of it.

Showcase the Wide Variety of Locations in All Five Boroughs.

From "Do the Right Thing" (Brooklyn) to "Coming to America" (Queens) to "The Godfather" (Staten Island) to "A Bronx Tale" (take a guess), so many classic New York movie scenes have been shot throughout the boroughs. We will work with producers and local communities to build on this rich tradition and highlight the locations that make New York City unique.