The big test for Republicans: Can they really stay opposed to Medicaid expansion -- and still survive politically? 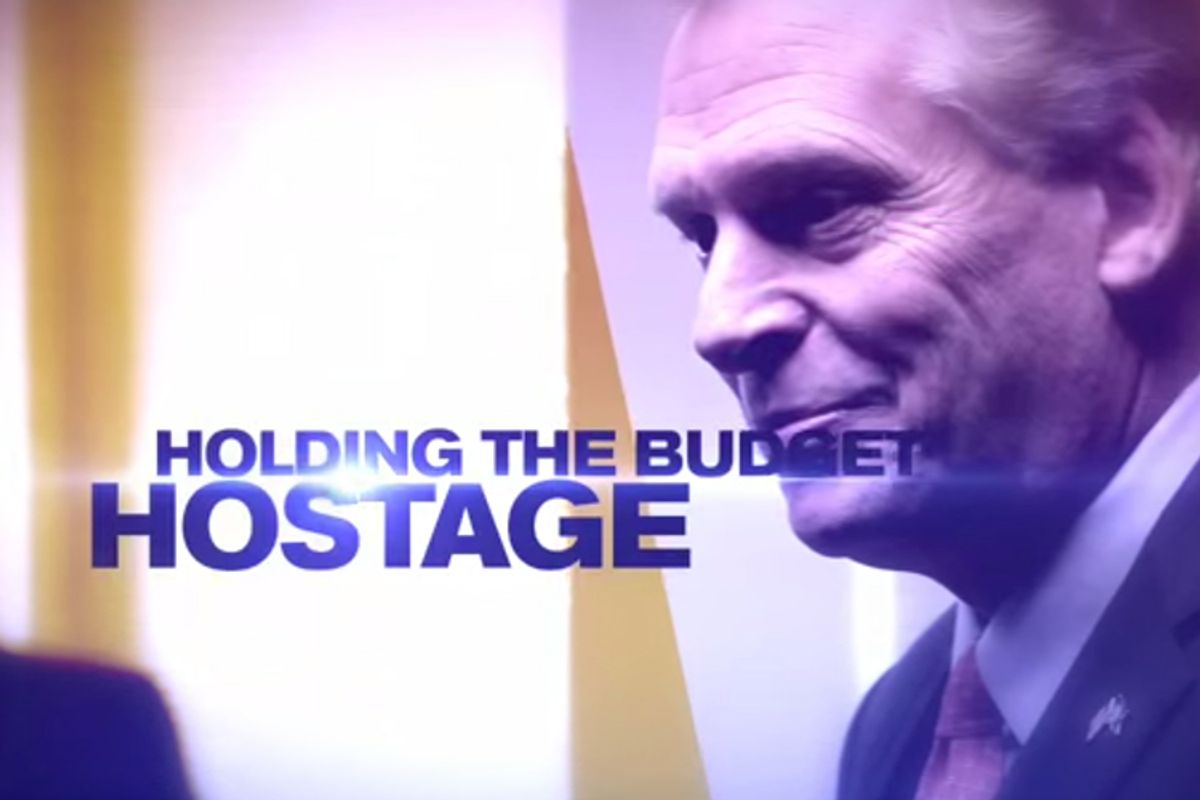 Ordinarily I’d never recommend reading an editorial from the Washington Times, but earlier this week the largely unread ultraconservative newspaper gave the Virginia GOP an enthusiastic thumbs-up for obstructing the expansion of Medicaid under Obamacare, and in doing so helped expose the moral bankruptcy that animates much of the opposition to the health law.

“With the U.S. Treasury $17.5 trillion in debt already,” the Times opined, “even the federal leviathan can’t keep paying those handouts forever. A state that expands eligibility now will be eventually be stuck paying in full for those new enrollees.”

Right now there are some 400,000 Virginians who are too poor to purchase plans through the Affordable Care Act, but make too much money to qualify for Medicaid. This coverage gap – made possible by the Supreme Court’s decision to make the Medicaid expansion voluntary – would be closed if Virginia agreed to accept federal funds to cover the cost of expanding the program. The Times is arguing is that Virginia can’t risk covering those people now because there’s a chance the state might not be able to pay for that coverage later. In other words: it’s better for them to keep suffering than to put their faith in the federal government.

That’s a twisted rationale. Even if by some chance the feds were to find themselves unable to finance Medicaid payments for Virginia some time down the road, surely a few years of medical coverage is preferable to the continued uncertainty of the Medicaid coverage gap. But that’s the position the Virginia Republican Party has adopted, and its resistance to expanded coverage under the Affordable Care Act will be an interesting test case in an election year in which Obamacare politics will play a central role.

Generally speaking, the politics of Medicaid in Virginia favor the Democrats. Gov. Terry McAuliffe ran on the issue and won. Various polls have shown support for expansion, even from Republicans. The Virginia Chamber of Commerce supports a “private option” plan to expand Medicaid, wherein federal funds would be used to purchase private insurance plans for eligible residents. Hospitals in districts represented by Republicans, facing budgets that already can’t handle the demand for healthcare from the poor and uninsured, are begging them to take the money.

The Virginia GOP, however, is unmoved, and is ready to risk a shutdown of the state government unless Democrats strip language approving the expansion from the state budget. The Republicans’ obdurate stance is backed by anti-tax and tea party groups like Americans for Tax Reform and Americans for Prosperity, as well as Ed Gillespie, the longtime establishment Republican who will likely challenge Sen. Mark Warner this November. AFP is currently running ads in Virginia exhorting viewers to tell McAuliffe that “Virginia needs a budget, not Obamacare’s Medicaid expansion.”

This is exactly what Koch-funded groups like AFP want to see: Republicans in states that rejected the Medicaid expansion bravely holding the line against creeping big government socialist tyranny. AFP has made clear that it will not tolerate any federal Medicaid dollars going into any state (Arkansas has its own Medicaid “private option” that AFP opposes) and the group has already announced that it will actively campaign against state Republicans who waver in their opposition.

Virginia, as a purple state with a pro-Obamacare Democratic incumbent senator up for reelection, will be a test of the Koch machine’s clout. Can they keep the state Republicans in the anti-Medicaid expansion camp? And can they turn that position into a winning issue at the ballot box?

That’s a big question, not just in Virginia but in other states grappling with expanding Medicaid. Arkansas, which, remember, cobbled together its own compromise plan for Medicaid, also has a competitive Senate race between Rep. Tom Cotton (R) and incumbent Democrat Mark Pryor. Cotton backs full repeal of the Affordable Care Act, but is stubbornly refusing to take a position on Arkansas’ “private option” for Medicaid. The likely explanation for Cotton’s dance around the issue is that if he were to call for its demise, he’d be stating explicitly that he wants to deprive 100,000 Arkansas residents of their newly obtained health coverage.

The moral component to the Medicaid expansion is ultimately going to drive the politics surrounding it. Virginia Republicans provide one moral extreme: distrust of the federal government outweighs concern for the uninsured. President Obama provided the other at his press briefing yesterday announcing the new Obamacare enrollment numbers:

Right now it’s hard to see how the GOP comes out on top here. Either they stick to their guns and explain over and over why they’re denying coverage to the uninsured poor, or they cave and risk the ire of deep-pocketed small government zealots.