When being single stopped being romantic

I used to relish the role of "carefree single girl." Then my brother fell gravely ill, and something in me shifted 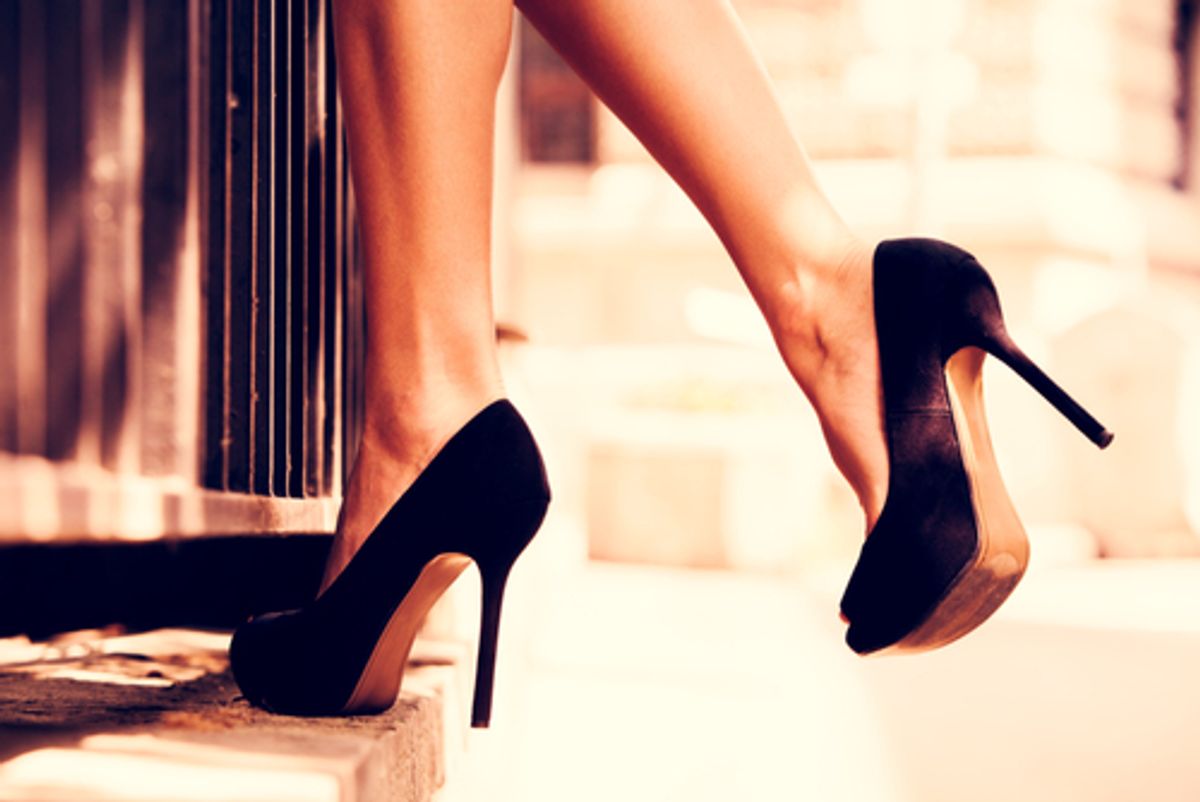 This piece originally appeared on The Date Report.

The setting was sufficiently glamorous: a friend’s book party in a 5th Avenue penthouse. I wore a chiffon dress with a Jackson-Pollock paint-splatter design, sipped expensive wine, and chatted with another single woman, a pretty actress with an equally good dress. We’d only just met, but we quickly dived into our single-woman schtick, while my friend and her husband listened with interest.

I had recently been dating an investment banker, who left me for a pediatric oncologist. Since I wasn’t particularly heartbroken over the guy, I took full advantage of the chance to crack jokes about the “floozy” I’d been cast aside for.

“She cures cancer in children. So I guess she was…better,” I said, looking up with a sideways smile.

“No, Sara, not better,” my friend said, sounding worried.

I assured her was it was fine. I had never been in love with the banker; the relationship was doomed anyway. “He was very cute,” I said thoughtfully. “And Jesus, he had a great apartment. That was the hardest part—breaking up with the apartment!”

I was playing a role, something I did a lot during my single years. Whether I was at a wedding, or a business lunch, or a college reunion, I presented myself as the quintessential carefree singleton, who dashed from one quirky journalism assignment to the next, whose life was a joyride of wine-tasting classes and gallery openings. I learned to speak with an artful nonchalance about the men I dated, to drop their names—Tom the management consultant, Jay the bass guitarist—and give my married friends a patronizing smile when their eyes widened with excitement. Oh, it wasn’t serious. I was just “having fun.”

I wanted to be this woman, because what was the alternative? Every book or article I read that spoke positively about singles described women who were blissed out by their solo lives—traveling to Nepal on their own, starting up their own social media companies, being the cool aunt to throngs of nieces and nephews. Admitting that I was often quite lonely and sometimes spent entire weekends speaking to no one but supermarket cashiers and bookstore clerks was verboten. The bad, old stereotypes of pathetic single women had been blasted—to be unhappy was to betray womankind, and myself.

So I tried very hard to live up to the “single and lovin’ it” ideal, and I did okay. Interesting career—check. Cute apartment in great neighborhood—check. Smart, funny friends—check. I had an agent, a fledging novel, and a writing assignment that took me to Southeast Asia. I threw a birthday party for myself at my nice apartment in the great neighborhood and was delighted to find it filled with authors, editors, filmmakers and other masters of the media universe.

The bad, old stereotypes of pathetic single women had been blasted—to be unhappy was to betray womankind, and myself.

And then everything changed. My younger brother, Mark, was diagnosed with lymphoma. As the only family member living in his city, New York, I found myself in an entirely new role: next of kin, caretaker to a cancer patient.

I spent the next year sitting in doctors’ offices and fetching prescriptions for my brother. Nothing heroic—he’d have done the same for me. With the exception of a couple weeks, Mark lived in his own apartment, and made clear he did not want me washing his dishes or mopping his floor (sometimes I honored this, sometimes not). He was going to one of the best hospitals in the country, and his prognosis was good (and the treatment ultimately successful). Most of my caregiving “work” involved reading magazines in hospital waiting rooms, picking up sandwich orders and popping down to the newsstand for Cokes and KitKats.

But this also brought a strange kind of liberation. I no longer felt compelled to convince anyone that I was having a fantastic time, since by no fault of my own things clearly sucked. For the first time in my adult life, I could just be a grown woman with real problems. It was kind of a relief.

My new role didn’t change my feelings about being single. I still wanted a boyfriend. I still got upset when a guy I liked blew me off. I still tried on several different outfits before leaving the apartment to embark on that perennial single-person’s job: getting “out there.”

But something had shifted in me.

This is the part in the single-person redemption narrative where author usually declares that she grew up. But that’s not what happened. Instead, I realized that I already was a fully realized adult, and had been for some time. This raw situation—two windblown single people navigating cancer-land—would have been much easier if we’d had partners. If we’d had another set of ears to help decipher what the doctor was saying, and loving spouses to come home to after a hard day at the hospital.

When I was pretending to be the easy-breezy single gal, I was buying in to the general cultural perception that single people occupy some developmental netherworld between goofy teenagers and sober marrieds. But as I cooked my brother dinner or grilled the urgent care nurse about his red-blood cell count, I noticed a peculiar sensation: self-respect. This was difficult, and while it would have been easier if we’d had partners, we were still managing.

Even the small stuff, I realized, wasn’t so small. One night, while sitting on Mark’s couch watching The Simpsons with him, I had a funny epiphany: I was all I ever needed to be. I didn’t have to be pretty or interesting or delighted with my life. I just needed to get the KitKats, to bring movies, to be a good sister.

Mark got better. “Cured,” the doctor said. We both went back to our regular lives and ordinary worries. But I cut the glamour-girl act. I wasn’t glamorous and I wasn’t always happy. I was an ordinary woman, muddling through, and that was more than enough.

More from The Date Report