"Cubed": How the American office worker wound up in a box

From the Organization Man to open-plan design, a new history of the way the office has shaped the modern world 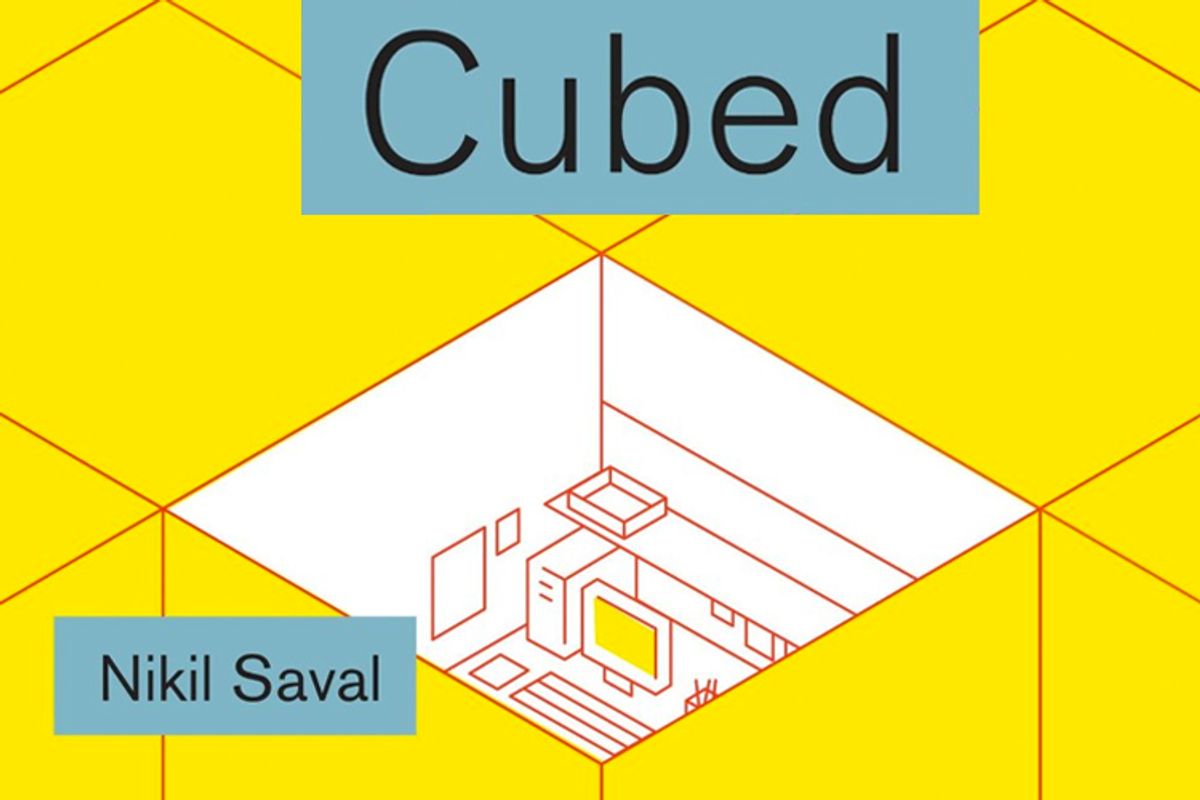 Over the past week, as I've been carrying around a copy of Nikil Saval's "Cubed: A Secret History of the Workplace," I've gotten some quizzical looks. "It's a history of the office," I'd explain, whereupon a good number of people would respond, "Well, that sounds boring."

It isn't. In fact, "Cubed" is anything but, despite an occasional tendency to read like a grad school thesis. The fact that anyone would expect it to be uninteresting is striking, though, and marks an unexpected limit to the narcissistic curiosity of the average literate American. The office, after all, is where most contemporary labor takes place and is a crucible of our culture. We've almost all worked in one. Of course it's a subject that merits a thoroughly researched and analytical history, because the history of the office is also the history of us.

Saval's book glides smoothly between his two primary subjects: the physical structure of offices and the social institution of white-collar work over the past 150 years or so. "Cubed" encompasses everything from the rise of the skyscraper to the entrance of women into the professional workplace to the mid-20th-century angst over grey-flannel-suit conformity to the dorm-like "fun" workplaces of Silicon Valley. His stance is skeptical, a welcome approach given that most writings on the contemporary workplace are rife with dubious claims to revolutionary innovation -- office design or management gimmicks that bestselling authors indiscriminately pounce on like magpies seizing glittering bits of trash.

Some of the most fascinating parts of "Cubed" come in the book's early chapters, in which Saval traces the roots of the modern office to the humble 19th-century countinghouse. Such firms -- typically involved in the importation or transport of goods -- were often housed in a single room, with one or more of the partners working a few feet away from a couple of clerks, who copied and filed documents, as well as a bookkeeper. A novice clerk might earn less than skilled manual laborers, but he had the potential to make significantly more, and he could boast the intangible but nevertheless significant status of working with his mind rather than his hands.

Even more formative to the identity of white-collar workers (so named for the detachable collars, changed daily in lieu of more regular washings of the actual shirt, that served as a badge of the class) was the proximity to the boss himself and the very real possibility of advancement to the role of partner. Who better to marry the boss' daughter and take over when he retired? Well, one of the other clerks is who, and in this foundational rivalry much of the character of white-collar work was set. "Unlike their brothers in the factory, who had begun to see organizing on the shop floors as a way to counter the foul moods and arbitrary whims of their bosses," Saval writes, "clerks saw themselves as potential bosses." Blue-collar workers, by contrast, knew they weren't going to graduate to running the company one day.

The current American ethic of self-help and individualism owes at least as much to the countinghouse as it does to the misty ideal of the Jeffersonian yeoman farmer. An ambitious clerk identified and sought to ingratiate himself with the partners, not his peers, who were, after all, his competitors. He was on his own, and had only himself to blame if he failed. A passion for self-education and self-improvement, via books and night schools and lecture series, took root and flourished. So did a culture of what Saval calls "unctuous male bonding," the ancestor of the 20th century's golf outings and three-martini lunches, customs that would make it that much harder for outsiders like women and ethnic minorities to rise in the ranks -- once they managed to get into the ranks in the first place.

The meritocratic dream became a lot more elusive in the 1920s, when the population employed in white-collar work surpassed the number of blue-collar workers for the first time. Saval sees this stage in the evolution of the office as epitomized in the related boom in skyscrapers. The towering buildings, enabled by new technologies like elevators and steel-frame construction, were regarded as the concrete manifestation of American boldness and ambition; certainly modern architects, reaching for new heights of self-aggrandizement, encouraged that view. They rarely acknowledged that a skyscraper was, at heart, a hive of standardized cells in which human beings were slotted like interchangeable parts. Most of the workers inhabiting those cells, increasingly female, could not hope to climb to the executive suites.

Office workers had always made observers uncomfortable; the clerk, with his "minute leg, chalky face and hollow chest," was one of the few members of the American multitude that Walt Whitman scorned to contain. After World War II, that unease grew into a nationwide obsession, bumping several works of not-so-pop sociology -- "The Lonely Crowd," "The Man in the Grey Flannel Suit," "The Organization Man," etc. -- onto the bestseller lists. In turn, the challenge of managing this new breed of "knowledge workers" became the subject of intensive rumination and theorizing. Saval lists Douglas McGregor's 1960 guide, "The Human Side of Enterprise," as the seminal work in a field that would spawn such millionaire gurus as Tom Peters and Peter Drucker.

Office design -- typically regimented rows of identical desks -- was deemed in need of an overhaul as well, and perhaps the most rueful story Saval recounts is that of Robert Propst, hired to head the research wing of the Herman Miller company in 1958. Propst made an intensive study of white-collar work and in 1964, Herman Miller unveiled his Action Office, a collection of pieces designed to support work on "thinking projects." Saval praises this incarnation of the Action Office as the first instance in which " the aesthetics of design and progressive ideas about human needs were truly united," but it didn't entirely catch on until the unveiling of Action Office II, which incorporated wooden frames covered with fabric that served as short, modular, temporary walls.

Oh, what a difference 30 degrees makes! Propst's original Action Office II arranged these walls in 120 degree-angles, an orthogonal configuration that looked and felt open and dynamic. One of Propst's colleagues told Saval of the dismal day that "someone figured out you don't need the 120-degree [angle] and it went click." Ninety-degrees used up the available space much more efficiently, enabling employers to cram in more workstations. The American office worker had been cubed.

The later chapters of "Cubed" speak to more recent trends, like the all-inclusive, company-town-like facilities of tech firms like Google and wacky experiments in which no one is allowed to have a permanent desk at all. Saval visits the Los Angeles office of the ad agency Chiat/Day, which is organized around an artificial main street, features a conference table made of surfboards and resembles nothing so much as a theme park. Using architecture and amenities to persuade employees that their work is also play is a gambit to keep them on the premises and producing for as much of the day (and night) as possible. It all seems a bit desperate. In my own personal experience, if people 1) are paid sufficiently; 2) like the other people they work with; and 3) find the work they do a meaningful use of their energy and skills, then they don't really care if they work in cubicles or on picnic benches. Item No. 3 is a bitch, though, the toughest criteria for most contemporary corporations to meet. Maybe that's what they ought to be worrying about instead.