The sad psychology of the spoiler

People aren't consciously trying to be jerks. So why can't they control themselves from talking about King Joffrey? 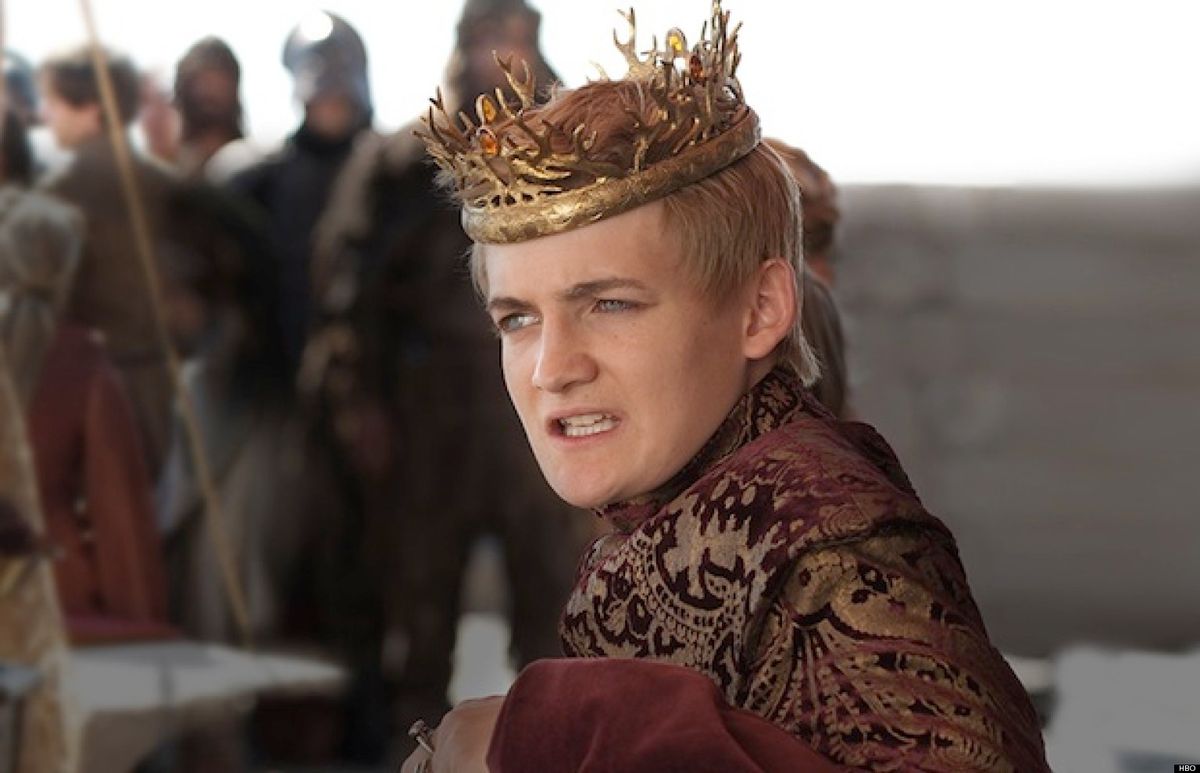 There have been countless articles written on the Internet devoted to the rules of spoilers: When they are appropriate and in what venue. Should you wait a week? A day? AT LEAST UNTIL THE WEST COAST HAS SEEN IT? Where can spoilers can be advertised (never on Facebook!) and even the appropriate use of spoilers in headlines.

The issue comes up a lot, naturally. We live in both the Internet age, and in the age of surprise twists, and the two “ages” often conflict. Sunday night’s Game of Thrones (NO SPOILERS) was just such an example: A huge event happened in the episode, and for many people, that event was spoiled within seconds after it happened or — in some cases — weeks, months, or even years before by book readers.

I work on the Internet, so if something can get spoiled ahead of time, chances are that I’m going to be spoiled. I don’t really care because — like Steven Lloyd Wilson — they don’t ruin my enjoyment. I don’t seek them out, but I can’t think of a single spoiler that has ever irrevocably tarnished an episode for me, and — like Steven — I think that an episode of television or a movie should be good enough to transcend the trickery of surprise. Though I sort of absorbed the spoiler by Internet osmosis, I felt that Sunday night’s Game of Thrones definitely didn’t need the element of surprise to succeed. If anything, my foreknowledge of the event only increased my anticipation. The only thing I really get annoyed by are negative spoilers: When someone tells me that something is not going to happen in a particular episode, because takes away the thrill of anticipation.

More from Pajiba: "Why 'Frozen' Is Also the Perfect Movie for Overprotective Fathers"

But this post isn’t about spoilers; it’s about a much less discussed topic: Why do people spoil? And the answer is: I don’t really know.

I mean, I understand why some pop-culture websites might do it. If you’re a blog devoted to television, and something huge happens, you want to be able to direct your readers to the appropriate place to discuss it because you’re trying to collect as many page views as possible. Of course, you also run the risk of pissing off more people than you attract, as I suspect was the case on Sunday night when Mashable spoiled Game of Thrones seconds after it aired on the East Coast, which led to an unfollowing campaign. I mean, that is really not cool. On the other hand, it sucks, but Twitter and Facebook is where many people process their feelings about twists and turns in television shows, so it’s probably ill advised to be on social media during primetime. It’s a bummer for people who with second lives on the Internet, but it’s somewhat unavoidable.

But if there’s not a financial incentive to spoil, then why? Why do some people feel so compelled to acknowledge a twist or surprise as soon as it happens? What do they gain? Even if you’re not revealing a plot point, but simple an “OMG! I can’t believe that happened!” what is gained by it other than everyone knowing that you’re watching a certain show? Is acknowledgement that important? Does it increase one’s self value for everyone to know that they’re watching Game of Thrones or Dexter or Justified?

Because my response to spoilers — and I think this is true of most people — has never been, “Oh My God! You’re so cool. You’re watching The Walking Dead!” If I’m behind, it’s either going to annoy me or increase my anxiety, because I’m going to feel like I’m missing out on something. If I’m watching a show live and see spoilers, I guess I’m still a little annoyed on behalf of other people if it’s something monumental, although there is also some value in it for me to see how others are reacting and if my reaction jibes with the consensus. But on the other hand, it does not increase my opinion of the person spoiling a show.

More from Pajiba: "You Are Your Body and You're Doing It Wrong"

I don’t think people that spoil are trying to be assholes. I guess I feel like people want to be able to self-identify with a show and that we live in a culture where we all want to chime in, where we all want to be a part of the conversation, and maybe people who drop spoilers believe that, by identifying themselves with that show, people will gravitate toward them, and social media conversations will be had. A part of me gets that. Very few in my real-life peer group keep up with television in the same way that I do, so in order to have a real-life conversation with someone about The Walking Dead or Breaking Bad, I often have to wait a year until it arrives on Netflix. That’s why a place like Pajiba is so valuable to me, because it allows me to discuss something I feel passionate about with other people who have experienced it. Often, I want to be able to discuss it as soon as possible, but I don’t feel like alienating those who haven’t seen it yet is the best way to go about it.

I guess what I’m suggesting here is that, before spoiling something in social media, be mindful of why you’re doing it. What are you gaining? How many of your Twitter followers or Facebook friends are going to be annoyed? How many will be responsive? I think that especially on Facebook — where more folks tend to lag behind — you’re not going to gain much at all at least until after an episode airs, although I think that the following morning is a smarter time to attempt to create a conversation. You’re more likely to alienate people than you are to attract them. On Twitter, I think immediate reactions are more acceptable — because they are expected — but you’re still going to rub a few people the wrong way, and you have to ask yourself if it’s worth it. How many more friends or social media connections are you going to make? Is it that important to you for everyone to know you may or may not be experiencing something along with them?