Fox News has another tone-deaf talk about race, while a pastor in Colorado compares gay people to axe murderers 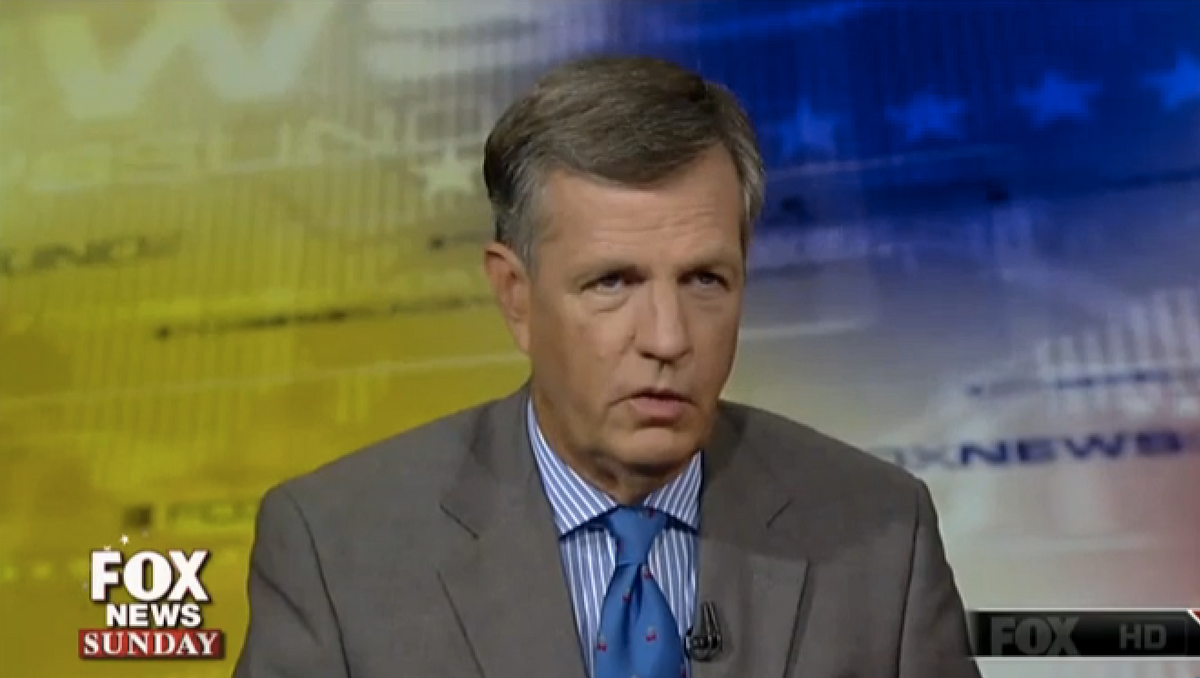 1. Phyllis Schlafly: Women need to be paid less so they can find husbands.

It’s one of the more perplexing mysteries of our time: Why is Phyllis Schlafly still flapping her lips? Has she not gotten the message that history has entirely passed her by? Several fold. Apparently not. Not content merely with her party’s rejection of pay equality for women, Schlafly took to her pen this week to argue that women would be better off if the gender pay gap were widened.

Lower pay makes it more likely that women will find “suitable” husbands, the Eagle Forum founder wrote in the Christian Post. “Suitable” turns out to be the key word here, because Phyllis and her fellow retrograde conservatives have a peculiar definition of that. Women, says Phyllis, prefer mates who earn more than they do. Whereas men prefer to be the high earners.

We have a feeling that Phyllis doesn’t have the kinds of friends we have. Another feeling we have is that Phyllis is not living in the same century we are. But just because she advocates paying women less does not mean that Phyllis does not care about women. Why would you think that?

Yeupp, the best way to save “traditional” marriage is to increase poverty and desperation for women (you can throw children in the pot as well). Wonderful idea, Phyllis. Wonder why anyone apart from everyone throughout history hasn’t thought of that before?

2. Pastor Kevin Swanson compares being gay to being a cannibal or an axe murderer.

You may have heard about the outbreak of conservative apoplexy brought on by Nabisco's Honey Maid commercial depicting a same-sex couple.

The competition for craziest reaction to an ad about graham crackers got tougher this week when Pastor Kevin Swanson of Colorado  compared homosexuality to axe murder and cannibalism on his radio program. Nabisco, he said, was making a big mistake here.

"When you come down to things like axe murder or homosexuality and you say, ‘We’re really going to promote it and we’re going to encourage everybody in America to engage in this or at least support this thing,’ there will be people on the other side who will take an adamantly opposed position to your support of axe murdering or homosexuality," he said. "They will be intolerant—they will be very intolerant of that which is evil, like axe murdering."

Having upped the ante that far, he couldn’t top himself, so resorted to an old standby, comparing homosexuality to bestiality. "Maybe they had another family where a dog is the wife with a human husband," he said, before adding, "Homosexuals love their friends and cannibals love their victims—they taste good.”

Love. He said love. Isn’t that just what Swanson’s brand of Christianity is all about?

3. Bryan Fischer: The poor should kiss the ground on which rich people walk, just as Jesus said.

So, highly questionable numbers aside, here is the posture Bryan Fischer recommends poor and middle-class people take toward rich people” Prostration. Yup. Fischer told listeners that the poor ought to kiss the ground the rich walk on.

The poor and middle-class families in this country “ought to be kissing the ground on which [the rich] walk” because it is the top 1 percent who are paying for EBT cards and food stamps and federal housing," Fischer fumed.

Yes, that is absolutely Jesus’ message. Sermon on the Mount, right?

The rich, Fischer went on to say, “ought to be given ticker tape parades once a week in all of our major cities to thank them for funding welfare for everybody.”

Yes, a ticker tape parade for the oligarchs like those wonderful Koch brothers, who so generously fund social programs, and make sure to help elect progressive, enlightened politicians who ensure livable wages for workers, a secure social safety net, fair regulation of industry, just deserts for crooked bankers, investment in infrastructure and education, universal health insurance....

Yeupp, that’s the planet we live on, all right.

4. Rep. Glenn Gruenhagen: The best way to stop bullying is to beat children.

Hard to imagine a so-called lawmaker not wanting to take measures to prevent children from being bullied, but they exist. And they say some crazy things. Meet Minnesota state Rep.  Glenn Gruenhagen, who argued against an anti-bullying bill and instead advocated beating of children who bully others, calling it a “cheap, inexpensive, and effective” solution that “cures” bullying.

Then he told his colleagues a little story from his past about a bus driver who beat him when he was a child for bullying a girl on the bus. That was the last time he bullied that girl, although it is not known if he continued to bully other people. Gruenhagen also regaled colleagues with a tale about a football coach who had a paddle, “and if you didn’t behave yourself, you got up in front of the class, and guess what, you got one on the hind end.”

Gruenhagen really got into this “fight bullying with bullying” philosophy, claiming that schools wouldn’t have to hire armed police officers if schools were just allowed to punish children by beating them. So, not only was he against the anti-bullying measure, he wanted to repeal laws preventing corporal punshiment.

The good news is that the  beat a kid, prevent a bully argument did not carry the day in Minnesota, and the anti-bullying bill passed.

5. Brit Hume says Obama and Holder use race as “a shield and a sword," then is hurt that people are mean to him on Twitter.

Poor Brit Hume. Fox News' ostensibly “serious” guy was talking with fellow whiter-than-white conservatives George Will and Chris Wallace about race last Sunday, and they all agreed that black people are wrong about it. For President Obama and Attorney General Eric Holder "race has been a shield and a sword," the panel decided. Hume was very happy that he and his white friends got that whole race thing sorted out.

But no, apparently black people and other people were mean to Hume on Twitter after that, so Hume got sad. Why can’t they just agree with him, and why would they complain about the lack of diversity on a panel discussing race? Can't a few white guys just tell black people how to feel about race without being called racist? Wah. Wah. Wah.

So Hume did what any reasonable oppressed white guy would do: He commiserated with his friend Bill O’Reilly, who is an expert on how white guys on Fox get oppressed by black guys and liberals (like that mean old Stephen Colbert).

6. Michigan mayor: Freedom of religion does not include freedom from religion.

Warren, Michigan Mayor Jim Fouts is all for freedom of religion and all; that’s why he let a Christian group set up a “Prayer Station” inside of City Hall. But when an atheist group suggested setting up a “Reason Station” nearby to promote another little American idea called separation of church and state, as well as secular thought, reason and logic, Fouts decided that was taking this whole freedom thing too far.

Turns out that the guy who suggested the “Reason Station,” Douglas Marshall, was affiliated with a group called Freedom From Religion Foundation, and just the name of that group offends Fouts’ sensibilities. In a letter to Marshall, Fouts explained that the Freedom From Religion Foundation was not protected under the First Amendment’s Establishment clause because atheism is not a religion.

“To my way of thinking, your group is strictly an anti-religion group intending to deprive all organized religions of their constitutional freedoms or at least discourage the practice of religion,” Fouts wrote. “The city of Warren cannot allow this.