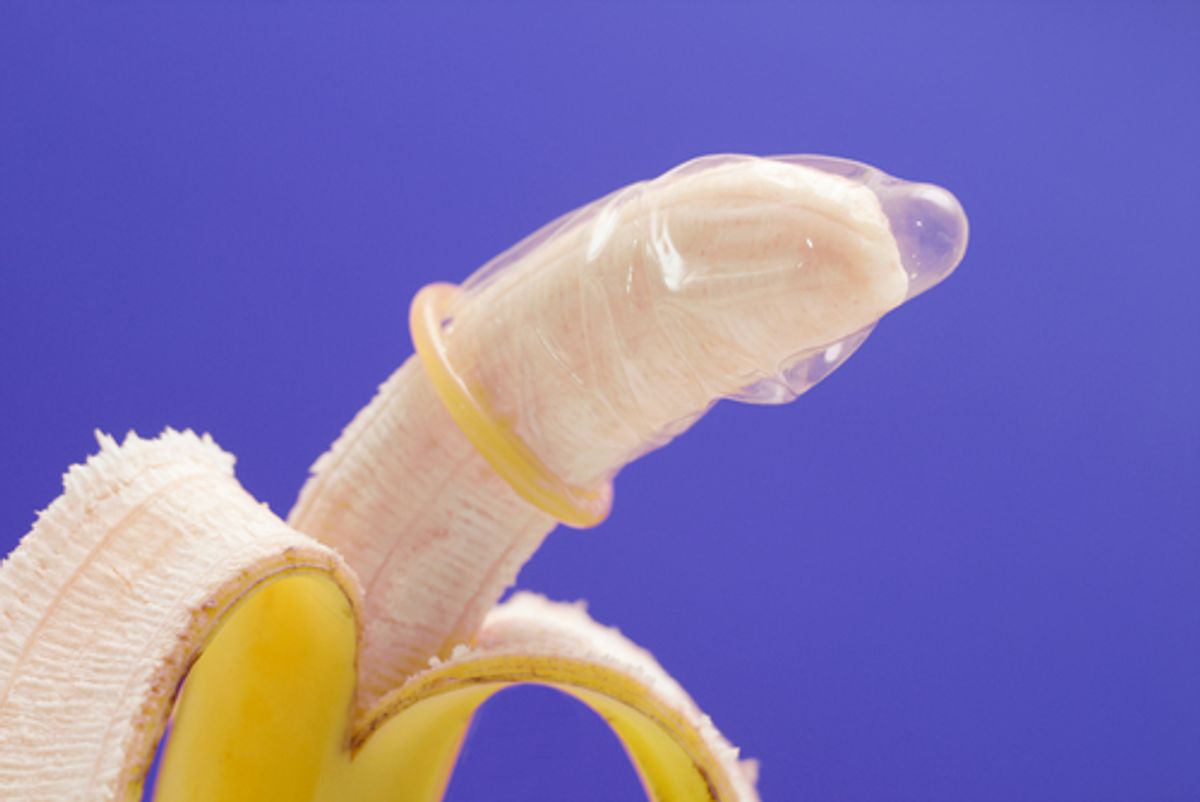 Despite the fact that 95 percent of Americans have premarital sex, and that this has been true for decades, abstinence-only education continues to be taught in classrooms across the U.S. Abstinence programs have received $1.75 billion in federal funds since the creation of the Title V abstinence-only-until-marriage program in 1996, and that’s not including the Adolescent Family Life Act, created in 1981. What, exactly, are your hard-earned tax dollars teaching America’s youth about sex? Oh, just that it's dirty, disgusting, shameful, and worthless, at least according to the following abstinence messages.

Before a group of parents forced a change, a school district in Oxford, Miss. taught the evils of sex by passing a Peppermint Pattie around among the students to prove how filthy sexually active girls can become. “They’re using the Peppermint Pattie to show that a girl is no longer clean or valuable after she’s had sex—that she’s been used,” Marie Barnard, a parent and public health worker, told the L.A. Times. “That shouldn’t be the lesson we send kids about sex.” Indeed. Also, this seems more like a lesson of “wash your hands, children!” than anything sexually useful. And hey, here’s an idea, while we’re ruining desserts: Put a condom on that chocolate and see how it remains protected.

One of the exercises recommended by Free Teens (and not Gwar, as first suspected) is to have students spit into a cup, trade cups with someone else, and then drink from that cup. Because that is what you are doing by slutting it up, becoming used and “unclean!” Another spitting variation involves regurgitated food. The message being that sex is gross—until you get married! Then it’s fine, and semen tastes like a strawberry daquiri.

While we’re on the topic of spit, other abstinence programs wrongly teach students that HIV can be spread through kissing. Others have tried to to demonstrate the ineffectiveness of condoms by dropping Skittles through a tennis racket. I played that game once. The lesson learned was how ineffective it is to try to play tennis with Skittles.

And by duct tape they don’t mean “useful, versatile, and everyone has it.” Sex Respect uses duct tape to “help the students better understand the painful emotional consequences of broken sexual relationships.” Teachers ask for a volunteer: “preferably a boy with a hairy arm” and stick a piece of duct tape on his arm. “Tell the class that this only weakly resembles the natural strength of the sexual bond, but it will still help them see.” The teacher then asks for permission to rip the tape off of the young man’s arm: “It will hurt. The class may laugh, and you may tell him you’re sorry, but the pain is still apparent. The same is true with sex.” This is only true if you’re heeding Cosmo’s sex advice involving snorting pepper and forking your lover.

Abstinence programs really love food analogies, apparently. WAIT Training explains, “men sexually are like microwaves and women sexually are like crock pots.” As in, men are ready to have sex at a moment’s notice, but women need to marinate for several hours or days, depending on the recipe. Another weird food analogy, as told by a Facebook friend, taught him that “sexual purity is like an orange, and that when you have sex outside of marriage it's as though you're giving a piece of that orange away—until all you have is a dried-out, empty soul (read: virginity is a woman's greatest asset)." This was acted out and dramatized in the chapel of his private high school.

6. Your halter top will bring about the fall of civilization.

Here’s WAIT Training again (PDF): “One thing that sex education and the media fail to communicate is the power of sex. Spies, who are trained not to give away government secrets, even lose their sensibilities and give in to the power of sex, often because of what a woman is wearing.” Not even spies can resist a tasteful platform wedge sandal!

7. Your vagina is like chewed-up gum or a used toothbrush.

Sixth-graders in Texas’ Canyon Independent School District were taught to keep it in their pants if they don’t want to end up like used gum and toothbrushes. “People want to marry a virgin, just like they want a virgin toothbrush or stick of gum,” the manual instructs, which is precisely why I throw out my toothbrush every time I use it, to ensure its purity. Speaking of used objects, a friend shared this anecdote from her time at “Jesus Camp,” aka the Southern Baptist Convention SW Conference Camp: “While technically tampons can't take your virginity, you shouldn't use applicator-free tampons because then you have to touch yourself, and that's a slippery slope to sinning.”

Despite what you may have seen on Bravo, most sex-ed classes pretend queer people don’t exist. To be fair, it’s not just abstinence-only programs. My public school sex-ed class didn’t say a word about the possibility of lesbians, gays, bisexuals, or transgender folks. But by teaching marriage as the only “right” way to have sex, abstinence-only messages have serious repercussions for queer youth who might live in states where same-sex marriage isn’t legal, or socially acceptable. Or, you know, for people who don’t want to get married at all.

Now that you’ve read the non-facts, read some useful information about sex-ed at Scarleteen, or go read some awesome things about female sexuality.