"Game of Thrones" recap: The clutches of depravity

In Westeros, it seems, no one is safe from nonconsensual sex 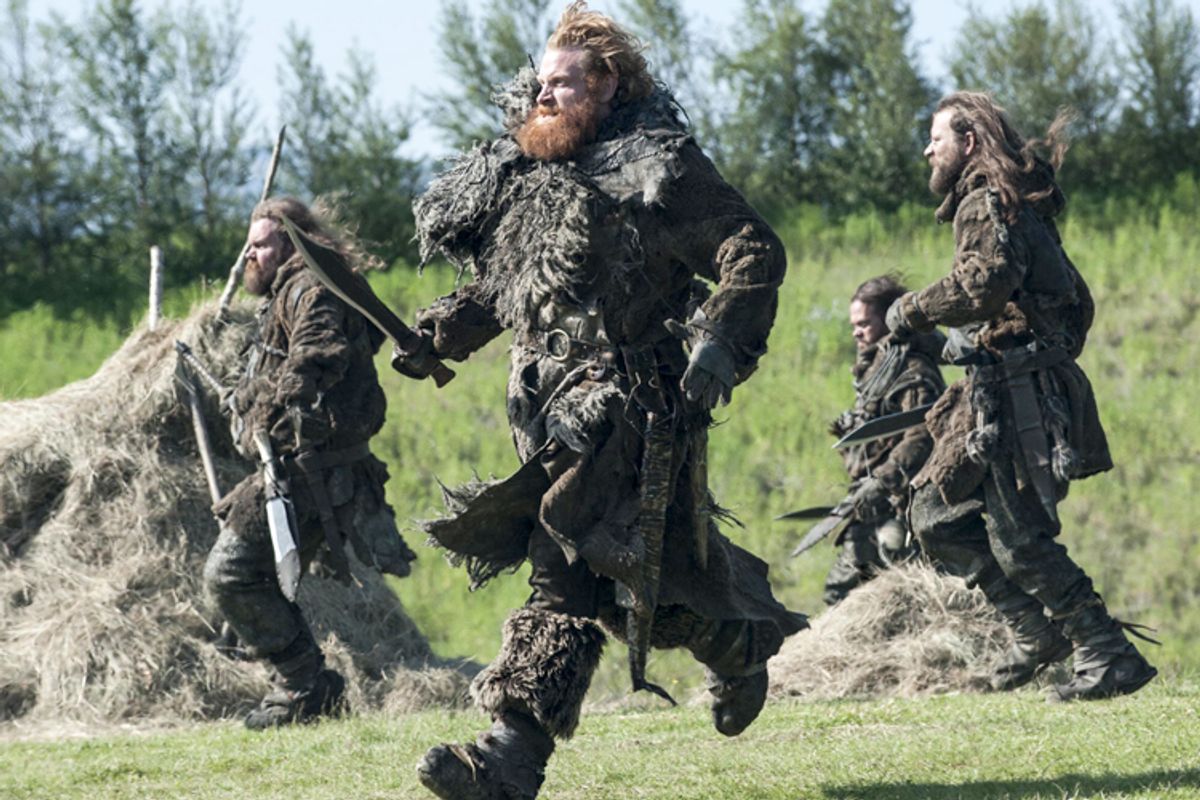 The themes in "Game of Thrones" can certainly feel a bit heavy-handed. Or maybe that's just because the main idea hanging over a third of the scenes is a heavy-handed one -- the danger of rape. Viewers and critics endlessly debate the quantity and necessity of sex in this show. But as far as nonconsensual sex goes, things are a bit less hazy. In last night's "Breaker of Chains," the threat of rape is imminent and pervasive.

The subtlest instance may be the first. The Queen of Thorns, upon lecturing young Margaery about the doldrums of married life, describes her former husband as a doughy lump she'd "suffered to bear her children." The hardships of being queen are cleverly juxtaposed with the very next scene, in which Tywin Lannister lectures young Tommen on kingliness. That scene ends in a somewhat off-color gag; Tywin essentially asks Tommen if he knows how babies are made minutes before his brother Jaime rapes his sister Cersei below the cold body of the dead king spawned by their previous incest.

"We ask the maiden to protect Sally's virtue and keep her from the clutches of depravity": Such is the anti-rape prayer recited by the old man who takes Arya and Sandor Clegane in for a hot meal. As solemn and disturbing a pre-dinner sentiment as this is, the Hound nevertheless interrupts with a bit of snark on behalf of his howling stomach. In Westeros, rape is apparently too common for anyone to be overly sensitive about it -- especially around dinnertime. This may be different in Dorne; the Red Viper Oberyn has come to King's Landing expressly for the purpose of seeking justice regarding the rape and murder of his sister.

It's worth noting that when the wildlings attack the tiny Westerosi village, violently slaying all but one inhabitant, they don't rape anyone. (Though the Thenn do eat the victims.) Wildling women fight alongside their men and exercise much more agency and independence. Similarly, there seems to be a bit more equality of the sexes (and the sexy) among the Dornish. Maybe a long shot for the most brutal, graphic cable drama on TV, but someone might just be hinting that Westeros' oppressively patriarchal culture is responsible for its oppressively violent rape scenes as well.