Romance is the hardest genre to read, and not because of the stigma. It's because critics don't take it seriously 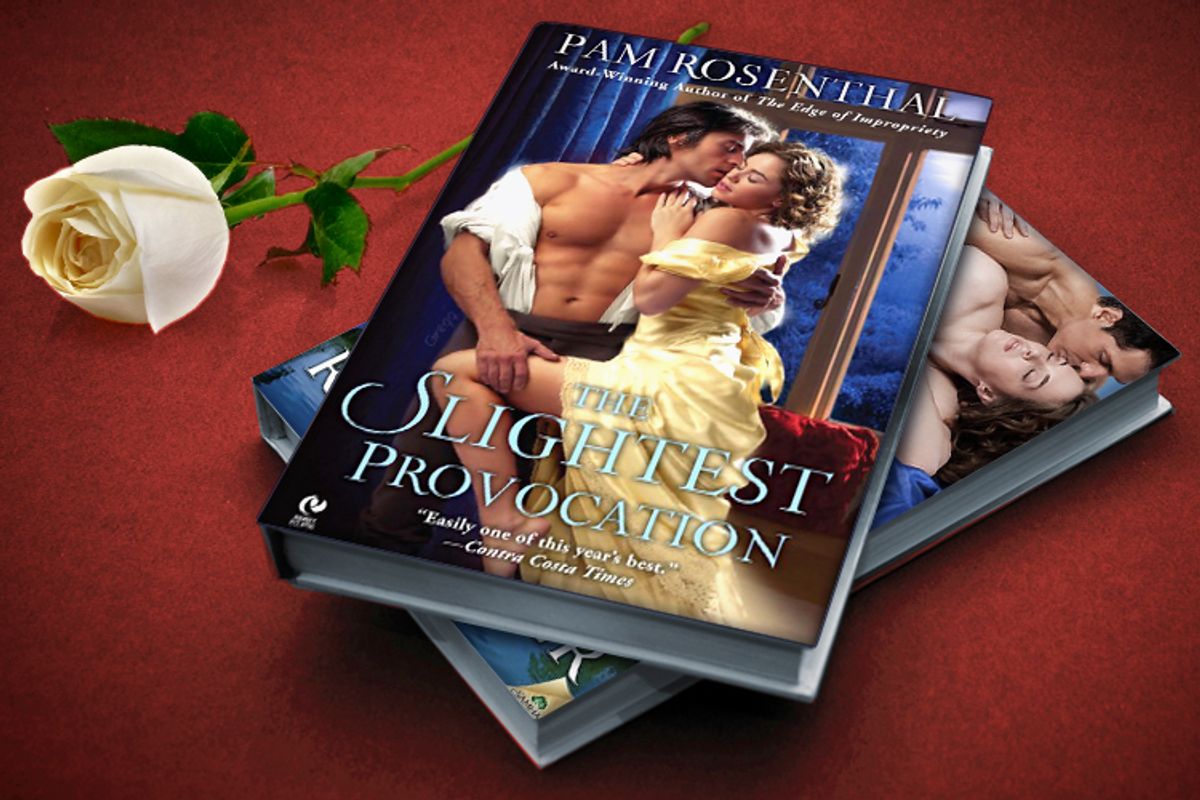 I’m a guy who loves romance novels. Or, rather, I would like to love romance novels. Jane Austen is just about my favorite novelist; I’ve read "Pride and Prejudice" I don’t know how many times. I also adore Trollope and E.M. Forster and George Eliot. Those folks are all dead, obviously, and aren’t writing any more books, because writing books when you’re dead is tricky, even if you’re a genius like Jane Austen. But it always seemed to me that books in the vein of "Pride and Prejudice" had to be out there somewhere, written by somebody less dead than Jane or Anthony. Witty heroines, and dashing heroes circling each other with arch asides and sudden plunges of emotion that would make me cry the way that last paragraph about Dorothea and Will always makes me cry in "Middlemarch." How hard could that be to find?

The answer is: ridiculously hard. Oh, there are rafts and rafts of romance novels out there; teetering drifts of Harlequins and historicals and contemporaries, filled with plucky heroines and dashing or dastardly young men. I know that. But the question was, where to start? A friend recommended Nora Roberts at one point, and I gave that a try … but I couldn’t hack the dreadful prose — and this is from someone who rather enjoys "Twilight" and can even manage the occasional Robert Ludlum thriller. I’ve poked around online to find “best of” lists or other recommendations, but it soon became clear that there wasn’t even a provisional consensus on which books were the best or essential romance novels. Jane Austen showed up consistently, as did "Gone With the Wind," but there was nothing that gave me a sense that certain books were clearly central, or respected, or worth reading. The genre is so culturally maligned that there has been no concerted effort to codify it. There is, in short, no romance canon.

I’ve always been a little leery of canons. Listing the “best” books or movies or music is always going to be an arbitrary, not to mention hubristic, endeavor. No one has heard every album recorded in the 2000s; isn’t it, then, a little ridiculous to try to list the best albums of the 2000s, especially if you’re going to put two albums by Bob Dylan in the top 20? Why not just shout to the rooftops, “We are aging, bloated boomers”? At worst, “best of” lists are going to tell you something unpleasant about the compiler’s insularity. At best, they can be the starting point for a fun conversation (which is how I saw the best of comics poll that critic Robert Stanley Martin organized at my own site). But either way, you shouldn’t take them seriously.

Looking around desperately and in vain for some sort of consensus “best of” lists for romance novels, though, I realized that such lists are, or can be, unexpectedly important. Canons are a way to solidify, or demonstrate, critical bona fides. Pop music and comics may not have the same cachet as great novels or gallery art, but institutionally codifying the “greatest” is an important way to assert that there is a “greatest” — that there is some group of experts who considers these works in particular, and the genre or medium in general, to be capable of greatness.

Romance novels don’t have that. Yes, there are the yearly RITA industry awards. And there are certainly lists of best-of romance novels — such as this fascinating one at All About Romance.  But such compilations tend to be by individual readers or, as with the All About Romance list, based on reader polls. As Eric Selinger, professor of English at DePaul University and executive editor of the Journal of Popular Romance Studies, told me in an email, “There are readers’ polls, and there have been discussions on fan sites like Smart Bitches, Trashy Books about what should be in the romance canon — there was a podcast there in 2012 that drew a lot of comments, for example.  But no one has had the chutzpah to put one in writing, yet.” So far, then, best of romance lists have been about what one person loves, or about what is popular. There hasn’t been an effort to make some sort of critical claim about greatness, or influence, such as you get in the Comics Journal’s “top 100 comics list.”

So why don’t there seem to be canonical romance novels? Well, the answer is pretty straightforward; romance novels are widely denigrated, if not despised. Just this last week, the critic Laura Vivanco reported on how funding for the scholarly Popular Romance Project has become a flashpoint for congressional Republicans to attack the NEH. Romance is frivolous and stupid, the argument goes, therefore the government is frivolous and stupid for funding the study of it. The fact that romance novels are the single largest section of the book market, with sales of more than $1.4 billion in 2012, doesn’t matter, or is in fact a downside, since such mass popularity itself is a sign of debasement. Similarly, the audience for romance novels dwarfs the audience for, say, high-end television shows like "Mad Men," but high-end television is worthy of mainstream critical discussion and analysis, while romance novels, for the most part, are not.

So, in the absence of critical consensus, which of the gazillion romance novels with nearly identical covers featuring nearly identical flexing pecs and/or heaving bosoms do you choose? As I say, I was at a loss for years — but, eventually, I ended up doing what I think most romance readers do. I got some recommendations. Janine Ballard, who writes for dearauthor.com, in particular, has led me to Cecilia Grant, Judith Ivory, Laura Kinsale and a bunch of other wonderful authors.

The pleasure of reading those authors is in part the same sort of pleasure I get from reading Jane Austen or Anthony Trollope — deft prose, witty observation, carefully drawn characters with whom you get to become slowly and gloriously infatuated (albeit with rather more explicit sex than in Austen et al.). But part of the pleasure, too, is the sense of secrecy, or of discovery. The lack of a canon makes finding the romances difficult, but once you get a good one, you feel you’re the only one who knows — it’s the joy of a secret love. Romance is like punk rock for middle-aged women (and some other folks too, obviously) — a pop culture underground scorned by the mainstream, limned by initiates for initiates through word of mouth. The main difference being, of course, that punk rock at this point is completely critically domesticated, its subversion utterly commodified and canonized. Listening to the Sex Pistols just means that Greil Marcus has always already gushingly explained why you’re taking your rightful place in the dreary system of fighting the system. Despite the best efforts of Pam Regis in "The Natural History of the Romance Novel," such deadening reverence is still thankfully far off for romance.

Not that reverence is all downside. It’d be nice, at least, to get to a point where romance readers aren’t considered fools or morons. Moreover, the lack of a canon, or any system of critical validation, means that important novels in the genre often simply drift out of print, never to be reissued. If romance novels do ever attain even the precarious critical standing of science fiction or comics or pop music, there will be concrete benefits, for new readers and old ones. But there might be something lost too, I'll admit. As a romance novel might put it: The sense of possibility; the feeling that, without guidelines or maps, we can actually find love anywhere.

In the absence of a formal romance novel canon, some suggestions of my own: