Sherpas threaten to strike in wake of Everest tragedy 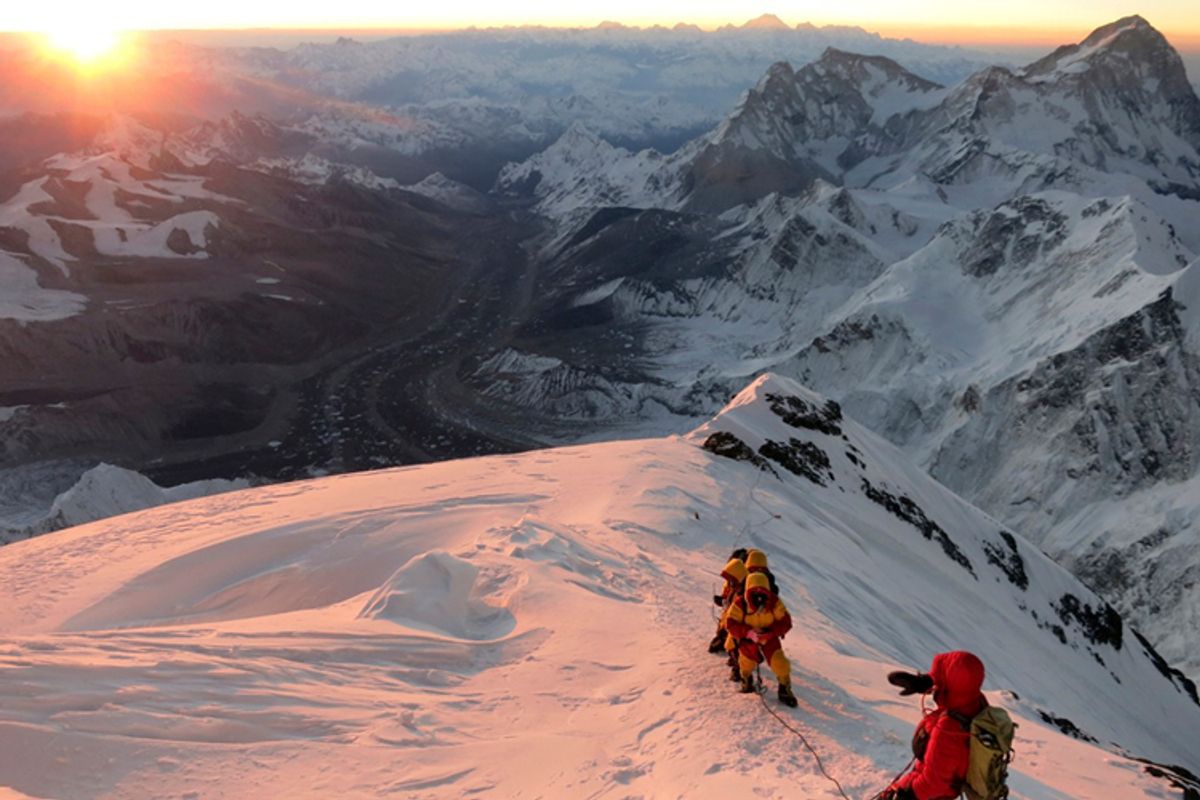 The deaths of at least 13 mountain guides in Mount Everest's single deadliest accident could mean the end of climbing season. Expressing anger at the Nepalese government's lackluster response to the tragedy -- 40,000 rupees, or about $408 for the families of the dead to cover funeral costs -- the Sherpa community is threatening to boycott the upcoming season.

The Nepalese Mountaineering Association's statement, posted Monday morning, is not currently available on its website. But according to Time, the group met Sunday to put together a list of 12 demands that they are giving the government a "seven-day ultimatum" to meet -- otherwise, they said, they will strike. The Washington Post has the full list of demands, which include increased compensation for the families of the dead and injured, the creation of a relief fund from the climbing fees collected by the government and a number of initiatives to improve safety and support for the guides.

“The government has made no big response even after a big tragedy like this," Sherpa Pasang of the Nepal National Mountain Guide Association told the Associated Press. "Until they hear our pleas we will continue to put pressure."

This year, 334 climbers paid $10,000 each to the Nepalese government to scale the mountain with the help of about 400 guides -- who are demanding a greater share of the fee because of the risk they take on. The money would have to be refunded in the case of a strike. "This is an unprecedented situation," tourism ministry spokesman Madhu Sudan Burlakoti told the Guardian. "We do not know what to do if they want their tax back." For the Sherpas, who make about $6,000, or nearly 10 times the average Nepalese salary, per season, a strike would mean the loss of an important source of income.

“Right now, I can’t even think of going back to the mountain,” Tashi Dorje, whose cousin was killed, told the AP. “We have not just lost our family members, but it is a loss for the whole mountaineering community and the country.”