South Carolina police chief allegedly fired for being gay: "I can't believe that we still have no equal rights"

The town of Latta has rallied around Crystal Moore, but the 20-year veteran of the police force is still jobless 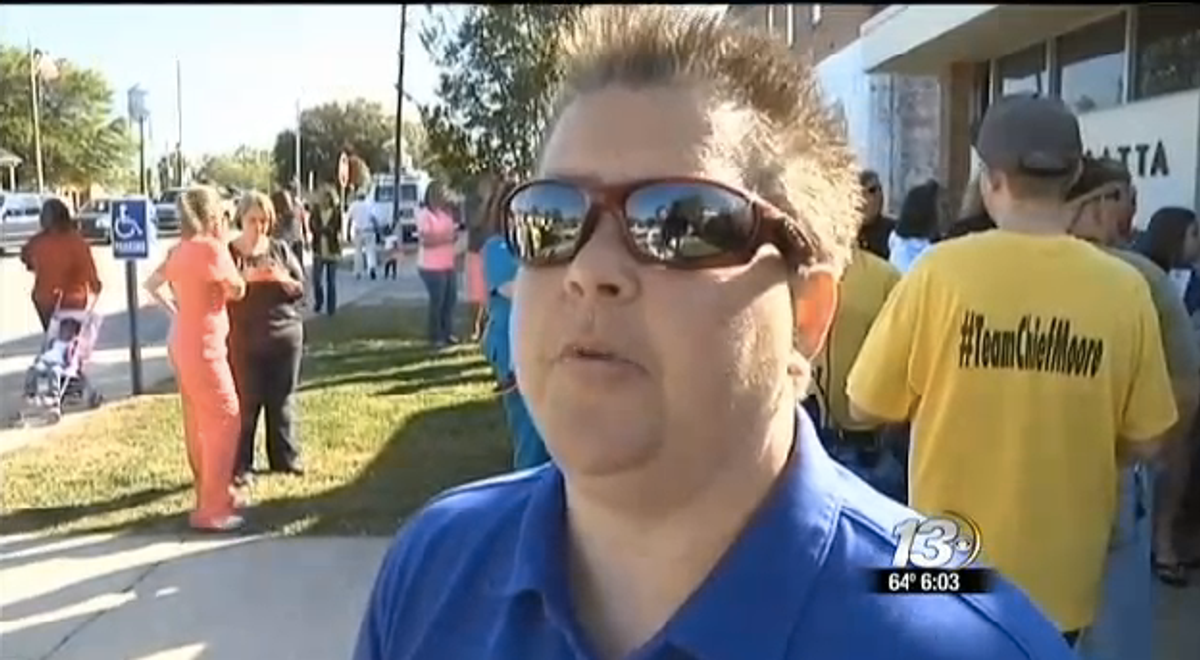 The Latta Town Council has voted to make its small South Carolina community "council strong/mayor weak" in response to Mayor Earl Bullard's decision to fire Police Chief Crystal Moore -- a 20-year veteran of the force who was also the town's first openly gay police chief. Many say the move had nothing to do with Moore's job performance, but was driven by Bullard's homophobia.

Moore, joined by members of the council and many in her community, believes that Bullard fired her because she is gay. Bullard was recently recorded by a fellow council member while making anti-LGBTQ remarks.

“I would much rather have ... and I will say this to anybody’s face … somebody who drank and drank too much taking care of my child than I had somebody whose lifestyle is questionable around children," Bullard said during the recording. "I’m not going to let 2 women stand up there and hold hands and let my child be aware of it. And I’m not going to see them do it with 2 men neither. I’m not going to do it. Because that ain’t the way the world works.”

Moore, who has served her community for two decades, is shocked by the loss of her position, telling WBTW, "I can't believe that we still have no equal rights. That's the biggest issue. I've been harassed, intimidated. This is the first time it's been this public. I'd tried living a quiet decent life and do what I'm supposed to."

The referendum to make Latta "council strong/mayor weak" will next be voted on by city residents, effectively stripping Bullard of some of his power.

But the question of whether Moore will be reinstated remains, though some members of the town council say they are meeting to get Moore back on the force.