The 5 weirdest smuggling busts of all time

An Indian businessman was caught with $16,000 of gold in his intestines. That's nothing compared to some of these 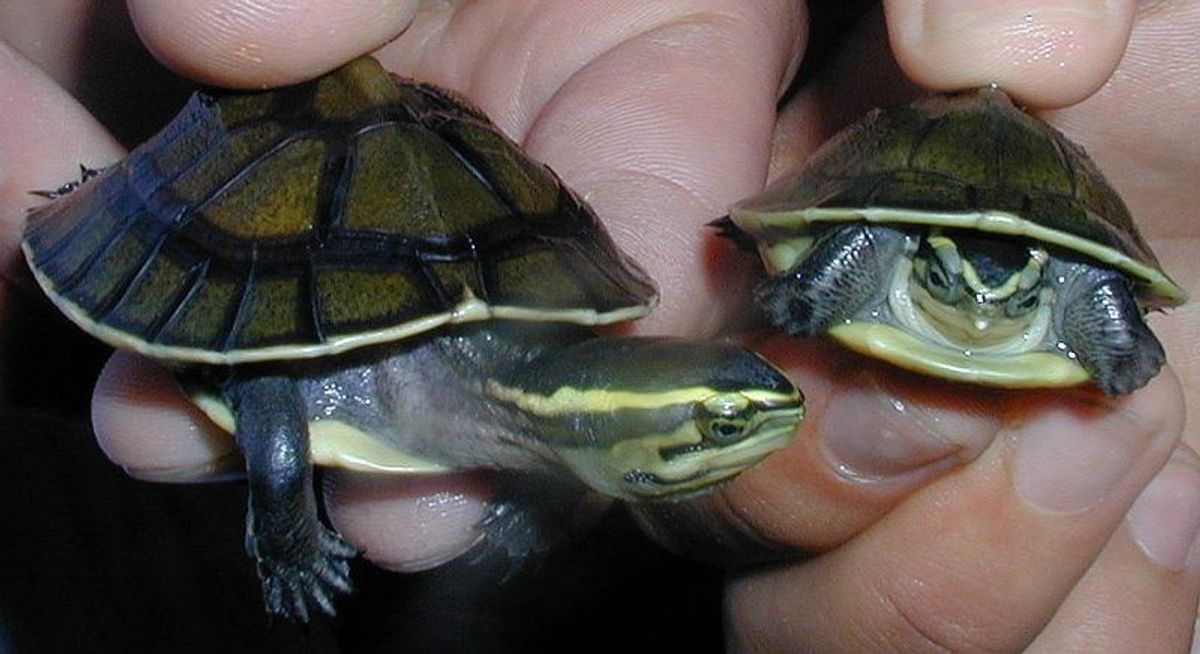 Last week, a Delhi businessman went to the doctor complaining of stomach pain, and turned out to have $16,000 worth of gold nuggets lodged in his lower intestine. (The man had told surgeons he was sick because he’d gotten angry and swallowed a bottle cap. Not clear how long he expected that ruse to hold up.)

The gold — 12 nuggets, 14 ounces total, about as heavy as a can of beans — came from Singapore, where the man swallowed it so he could transport it over the border without paying India’s 15 percent gold import tax. This is hardly the most dangerous smuggling operation — drug mules sometimes die when the cocaine- or heroin-filled balloons they’ve swallowed burst in their stomachs — but it may be the weirdest.

Ha, who are we kidding? It’s not remotely the weirdest. Check out some of the things people have been busted for smuggling. Who says heightened security doesn’t work? After two suitcases abandoned at a Thai airport turned out to contain 475 endangered turtles, officials stepped up their bag-checking game — and caught another guy trying to transport a further 470 turtles in his luggage.

In a separate incident, Indonesian officials rescued 8,000 baby pig-nosed turtles that had been stashed in 11 suitcases headed for China and Singapore (where they would probably be trained to swallow gold to transport into India).

“Smuggling monkeys in your pants” is not just a crude euphemism — it’s also a customs-evasion trick that’s getting so common it would be almost dull if it didn’t involve pants and monkeys. Maybe the best-known incident was the guy busted at Los Angeles International Airport when a bird of paradise flew out of his suitcase; officials asked if he had anything else to declare, and he answered “yes, I’ve got monkeys in my pants.” (Two pygmy monkeys, to be precise.) But there’s also the guy caught in Mexico City with 18 tiny endangered titi monkeys stuffed in a specially-made girdle, and another fellow from the United Arab Emirates who tried to smuggle a loris out of India in his underwear.

3. A handful of diamonds

Pssh, $16,000 worth of gold? Is that ALL you have in your intestines? Don’t look now, but a Lebanese man who briefly had guts worth $2.3 million is laughing at you. He was caught trying to leave South Africa with 220 diamonds in his innards; officials gave him laxatives, after which he presumably produced the most beautiful poo known to man. Eight months earlier, another Lebanese man had been caught at the same airport with $1.7 million in diamonds inside him, possibly part of a diamond-smuggling ring.

Swiss customs officials arrested a man for transporting 25 rare bird eggs across international borders by stashing them in his underwear. But a probe into his bird-trading activities revealed that the man had actually stuffed his briefs with more than 150 bird eggs, worth over $70,000 in total, over the course of his travels. Another bird smuggler, perhaps not wanting the responsibilities that come with incubation, waited for the eggs to hatch before lining his undies with more than a dozen live hummingbirds. He was caught because he failed to sedate the hummingbirds, who fussed around in his britches and made him behave about as oddly as you’d expect.

5. Iguanas in a wooden leg

Actually, this one wasn’t a smuggling bust. The US Fish and Wildlife Service arrested a California man for possessing endangered banded iguanas, but they didn’t know how he got them into the country from Fiji — until he admitted that he’d transported them inside a specially-made prosthetic leg.