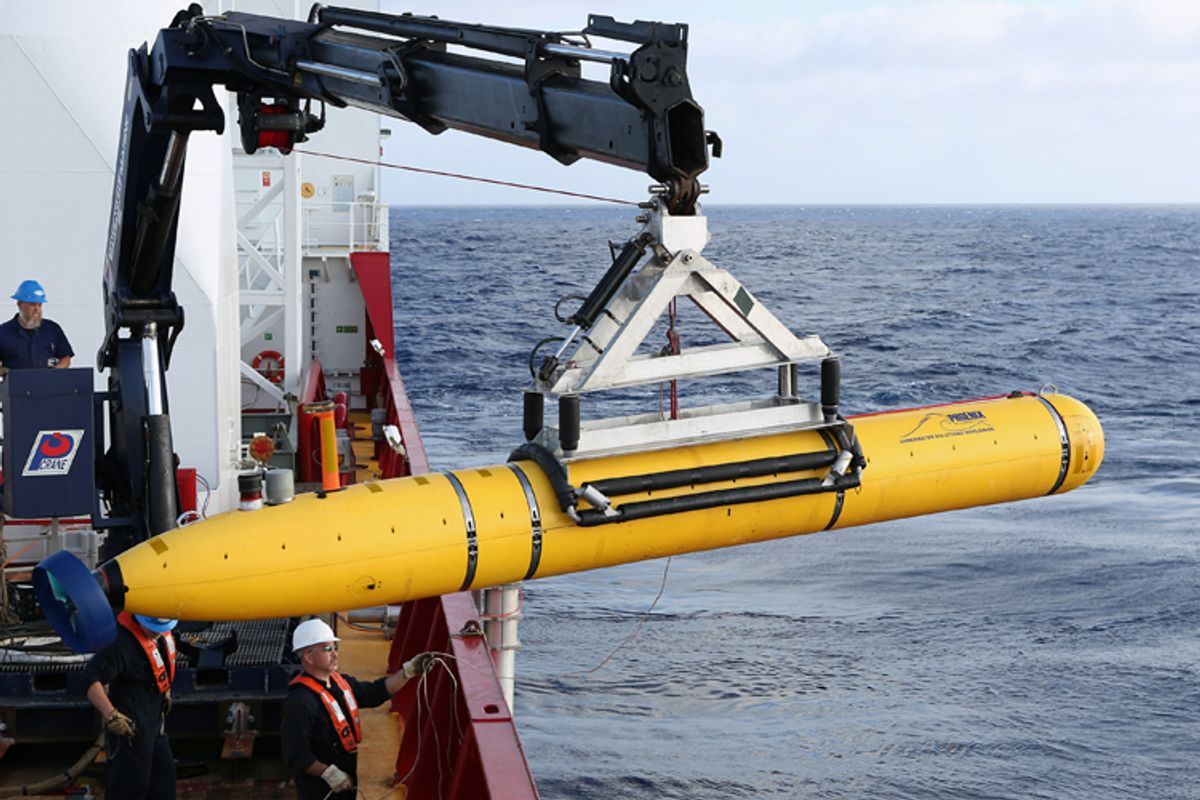 The deep-sea underwater search for Malaysia Airlines flight MH370 is nearing completion -- for the area narrowed down by investigators. The Joint Agency Coordination Center reported that the autonomous underwater vehicle, Bluefin-21, has completed "two-thirds of  of the focused underwater search area to date."

The circular search area is located about 1,000 miles northwest of Perth, Australia and has a radius of 6.2 miles. It centers around the location where several "pings" consistent with black box beacons were picked up almost two weeks ago. Prior to the deep-ocean search investigators were utilizing a U.S. Navy black box detector towed by Australian ship Ocean Shield. The ship detected four signals that investigators believe are from the the missing plane's black box.

MH370's black box has two recorders, one for voice and one for data, each recorder is equipped with a beacon that gives off a 37.5 kilohertz signal when it makes contact with water. The beacons only have a battery life of 30 days, and investigators believe they have given way.

Currently Bluefin-21 is using side-scan sonar to comb the depths of the Indian Ocean. The technology creates high resolution, 3D maps of the seabed, which are then downloaded after the sub's 16 hour search time.

The visual search has been temporarily put on hold due to Tropical Cyclone Jack, which is causing rough conditions and low visibility.

The Boeing 777 and 239 people onboard have been missing for over six weeks now, and with the underwater search (of the specified area) nearly completed the search team will have to answer, "What's next?" Thus far it has not been announced that anymore high tech gear will be used in the search.

In an email to the New York Times the Joint Agency Coordination Center said, “if we don’t find the wreckage, we will then stop, regroup and reconsider.”