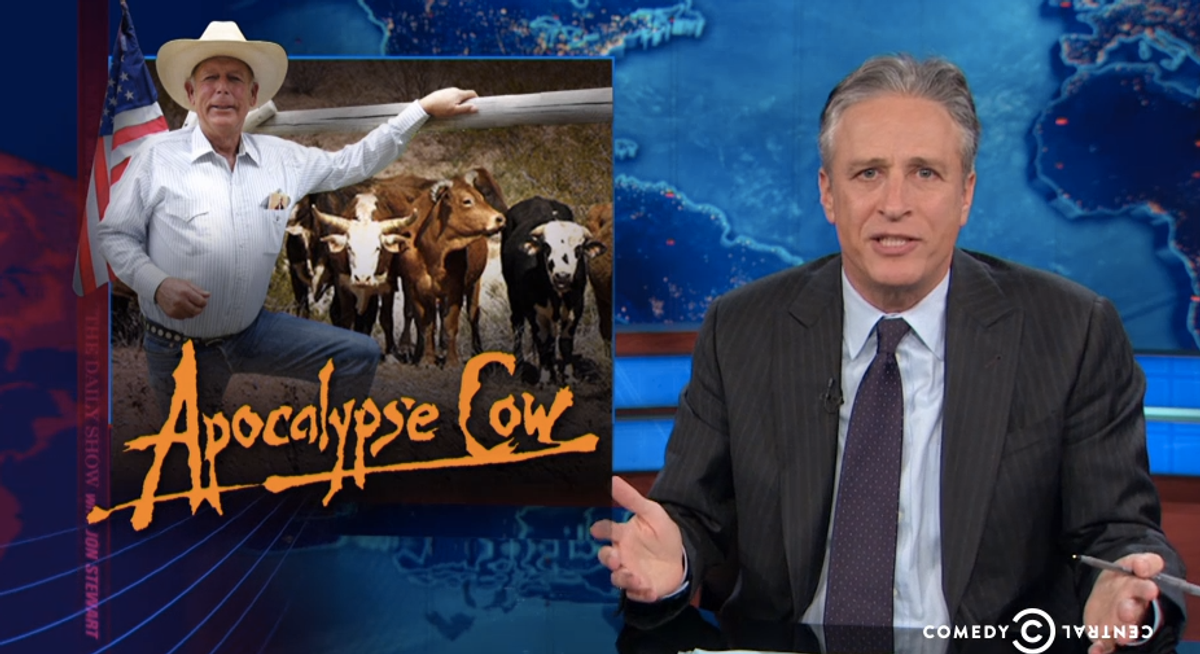 After a week-long hiatus, Jon Stewart returned to "The Daily Show," surprised by the news that Nevada rancher Cliven Bundy faced a standoff with the U.S. government last week after allegedly refusing to pay grazing fees for the federal land he's raised about 900 cattle on for the past 20 years. It's the classic tale of "boy has cow, boy breaks law for 20 years, boy loses cow story," joked Stewart.

The federal government, Stewart points out, is an entity that exists (maximum irony when Bundy guards the land while toting around the American flag). Bundy does have his fair share of supporters, however, including Fox News' Sean Hannity.