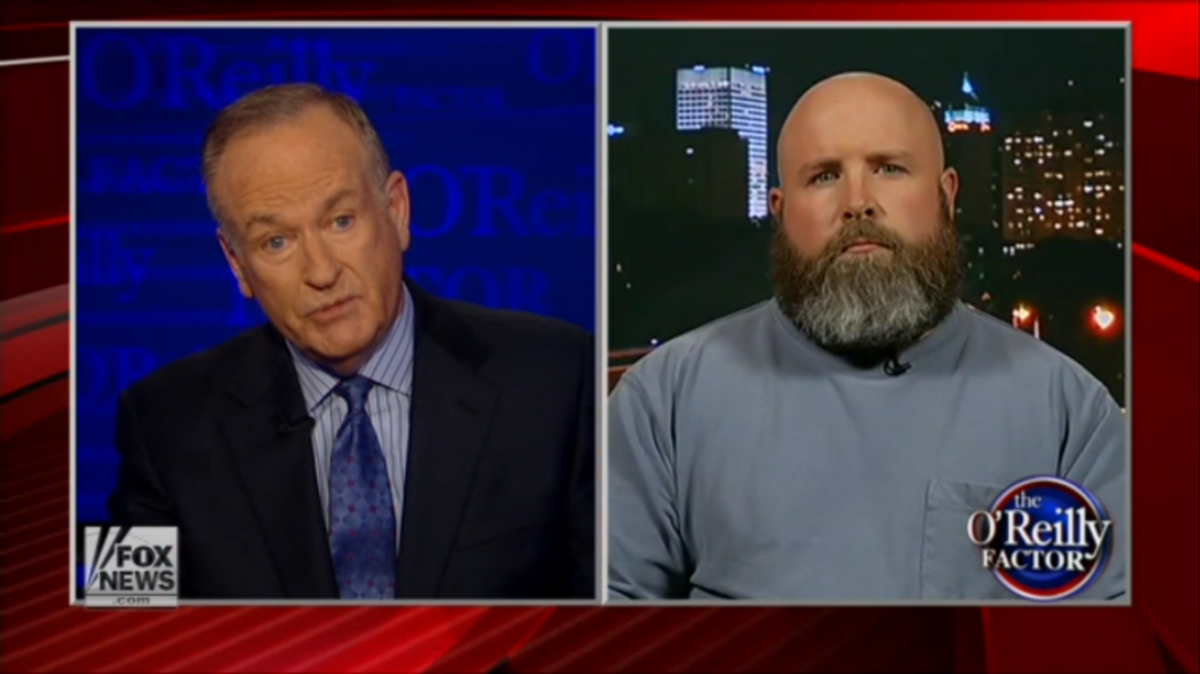 To a significant degree, American politics is a story of insiders vs. outsiders, so it's inevitable that people among the latter group would be lumped together, even if they're quite different by any other measure.

Still, it's probably fair to say that when most people think of Nevada renegade rancher Cliven Bundy, the Zuccotti Park protesters of Occupy Wall Street don't immediately — or eventually — come to mind.

Yet on the Tuesday night edition of his Fox News show, host Bill O'Reilly drew that very comparison when he had a pro-Bundy militia man as a guest.

"What's the difference between Mr. Bundy and the Occupy Wall Street crew, that doesn't respect the federal government for a variety of reasons and feels it has a right to go into a city like Oakland and burn things down?" O'Reilly asked.

The militia-founding Bundy supporter, Scott Shaw of Oklahoma, who seemed a bit surprised by the question, answered that Bundy, unlike OWS, provides America with beef.

O'Reilly granted that Bundy is indeed outpacing the basically defunct OWS when it comes to beef production, but pushed Shaw, saying, "But they're both dissenters. They're both dissenting what they feel is an oppressive system. That's what they have in common."

Shaw said this was true but that "the way they go about it is different," noting that no Bundy supporters have been arrested, while many OWS protesters were charged by the police for disturbing public order and damaging public property. (Shaw didn't mention this, but we feel it's worth noting that OWS activists, unlike the Bundyites, did not greet the authorities with loaded weapons.)