This may be a big, big problem for Paul's nascent 2016 presidential campaign 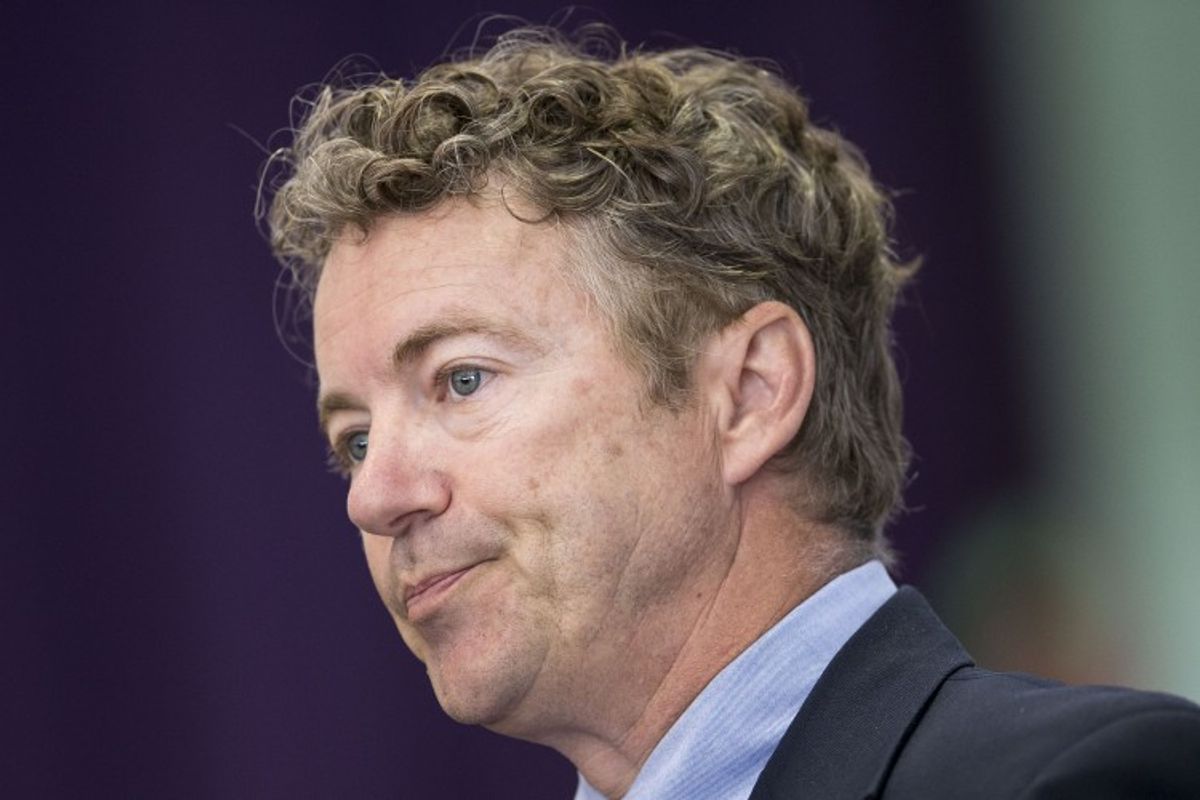 Kentucky Sen. Rand Paul is widely expected to run for president in 2016, and it's become trendy among some political analysts to predict that, despite his foreign policy dovishness and hostility to the national security state, Paul will win his party's nomination.

Well, Paul boosters may want to reconsider, because the liberal Mother Jones has just released a video showing Paul committing what in GOP circles is the ultimate, unpardonable sin: Bashing Ronald Reagan.

A compilation of several videos of Paul speaking, some going back as far as 2007, MoJo's mashup shows Paul repeatedly criticizing Reagan for being a phony fiscal conservative. As if that weren't bad enough, the video also shows Paul repeatedly comparing Reagan's spending policies with those of the hated Jimmy Carter, history's greatest monster, and finding the latter's to be superior.

"The deficit went through the roof under Reagan," Paul says in a video from 2007 showing him speaking on his father's behalf. "So how long did it take Ron Paul to figure out that the guy he had liked, endorsed, campaigned for, campaigned for him [wasn't fiscally conservative]?" Paul asked. "The very first [Reagan] budget. Ron Paul voted 'no'  against the very first Reagan budget… Everybody loved this 'great' budget. It was a $100 billion in debt. This was three times greater than Jimmy Carter's worst deficit."

In another video, this one from 2008, Paul damns Reagan with faint praise, saying the conservative hero's "philosophy was good" but that he didn't have "the energy or the follow-through to get what we needed."

Even while running for Senate, Paul continued to criticize Ronaldus Magnus, saying the Gipper was essentially all talk when it came to shrinking the government and reducing spending.

So how is Paul's team responding to this bombshell? On Wednesday morning, MoJo was sent this statement from the senator: "I have always been and continue to be a great supporter of Ronald Reagan's tax cuts and the millions of jobs they created. Clearly spending during his tenure did not lessen, but he also had to contend with Democrat majorities in Congress."

(Apparently, the Paul team hopes dropping the "ic" from "Democratic" will keep the GOP base from abandoning him en masse. Good luck with that.)

You can watch MoJo's video below: