WATCH: Here's a sneak peak at Colbert's appearance with Letterman on tonight's broadcast 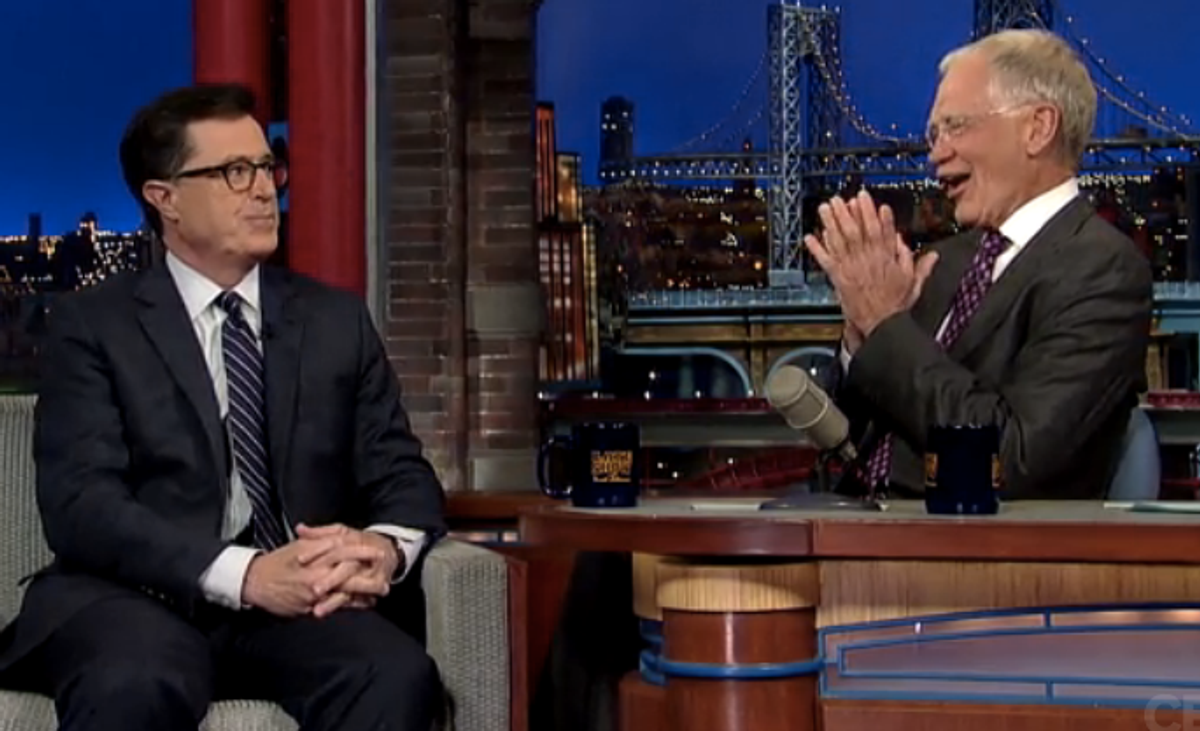 Stephen Colbert got a good look at his new home Tuesday as a guest on the "Late Show with David Letterman."

Colbert will take over from Letterman in 2015, leaving his Comedy Central show "The Colbert Report" and his conservative TV-host character behind. As if to emphasize the break, he wore glasses on the Letterman set and gave himself a new look.

"You look right at home," said a welcoming Letterman.

When Colbert suggested he would do "whatever you have done," Letterman demurred.

"It seems to have gone pretty well, Dave," Colbert said.

"It's gone on," said Letterman, drawing out the on.

Letterman told Colbert he was thrilled he got the job, as "they could have just as easily hired a boob like me."

Colbert's response? "Every boob is like a snowflake, Dave."