Conservative baby boomers finally have their very own anti-establishment festivals. The latest will crack you up 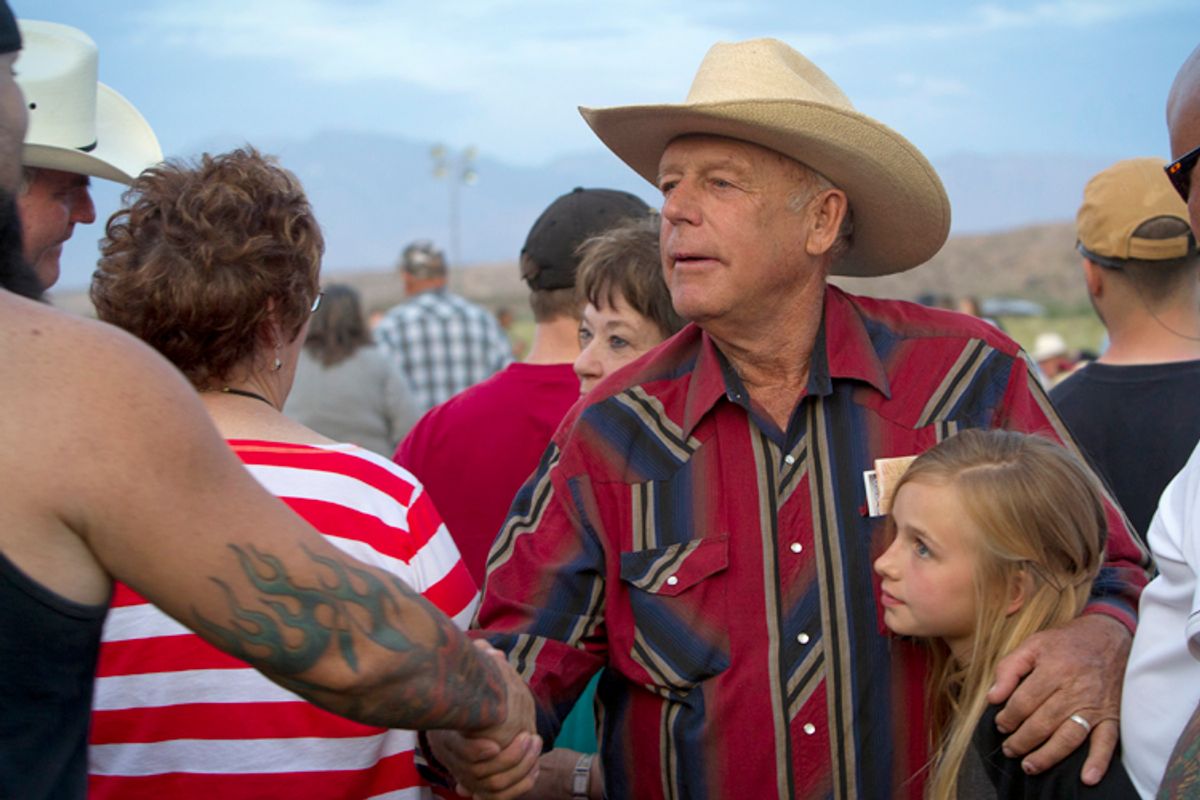 Ever since the Tea party started holding events back in 2009 it's been clear that this is the conservative baby boomers' long awaited chance to be a counterculture. They wear funny hats, they sing songs, they hold up signs (and if they had the courage of their convictions they'd even burn their Social Security cards). Tea Party protests are their Woodstock. In fact, they've said so explicitly:

Tea Party activists are kicking off a grand national tour this weekend with an event targeting Senate Majority Leader Harry Reid (D-NV) in his small home town of Searchlight, Nevada --an event that Tea Party Express describes as a "conservative Woodstock."

Tomorrow's "Showdown In Searchlight" event will feature none other than Sarah Palin, campaigning against the Senate Dem leader. A press release from Tea Party Express boasts of supporters arriving to camp out: "It doesn't get closer to a 'Conservative Woodstock' than this."

An event described as the “Woodstock” of tea parties is planned for Sept. 11 at the Monona County Fairgrounds in Onawa in western Iowa.

Craig Halverson of Griswold, who is helping to organize the event, said supporters hope to attract at least 1,000 people from Iowa, Nebraska, South Dakota, Minnesota and other states. He said they are inviting prominent conservative speakers and plan to have bands perform patriotic music.

The event will have a “Take back our country” theme, Halverson said. Although the activities will occur on the ninth anniversary [sic] of the Sept. 11, 2001, terrorist attacks on New York and Washington, he said organizers don’t plan to spend the day reflecting on those events.

Ever since the angry town hall protests in the summer of '09, the right has been living out its own 1960s-style protest fantasy, pulling up their stadium chairs on lawns and fields all over the country and giving the proverbial finger to "the establishment." Where their younger liberal cohorts chanted "hell no, we won't go" these graying boomers cry, "Taxed enough already!" with such fervor one cannot help thinking they've been waiting for this chance their whole lives.

But all such good things eventually turn to cow piles and such is the case with the Bundy ranch standoff. This was no Woodstock. It was Altamont. No, there weren't any stabbings, but they did have a big contingent of bikers called in for "protection." (Everybody in the place was carrying a firearm or two so who needs knives anyway?) And unlike the party atmosphere of the Tea Party Woodstock festivals, everything about the Bundy Barbeque just seemed gritty and mean by comparison. The Facebook pages devoted to the event don't show happy gray-haired boomers in tricorn hats waving the flag -- they're covered with disgusting photos of decomposing cows.

Just as the hippie movement seemed to lose its direction after Altamont, the Tea Partyers seem confused at this point. This YouTube celebration of the standoff is set to Toby Keith's "Courtesy of the Red, White and Blue (The Angry American)," which is just a little bit dissonant coming from a group of states' rights fanatics who are training weapons on federal law enforcement.

Hey Uncle Sam
Put your name at the top of his list
And the Statue of Liberty
Started shakin’ her fist
And the eagle will fly
Man, it’s gonna be hell
When you hear Mother Freedom
Start ringin’ her bell
And it feels like the whole wide world is raining down on you
Brought to you Courtesy of the Red White and Blue

Justice will be served
And the battle will rage
This big dog will fight
When you rattle his cage
And you’ll be sorry that you messed with
The U.S. of A.
'Cause we'll put a boot in your ass
It's the American way

Who do you suppose those protesters think they are in that scenario?

But have no fear, there is one counterculture event out there these yearning wingnuts haven't tried to emulate. And gritty is what it's all about. Here comes Bundyfest:

Come celebrate TOTAL FREEDOM at BUNDYFEST, just across the road from the Cliven Bundy Ranch, in Bunkerville, Nevada! 240 bands, 24 hours a day, for a SOLID ROCKIN' MONTH!!!!

*FULL NUDITY NOT A PROBLEM

BACKGROUND: For years, we paid permitting fees to hold Burning Man on the beautiful Playa in Northern Nevada. But now, Cliven Bundy has shown us a NEW WAY! ABSOLUTE FREEDOM! Bundy has declared the entire area surrounding Bundy Ranch as a TOTALLY RULES-FREE ZONE! ANYTHING GOES! WOO-HOO!!!

Why should Burning Man end on September 1st? Swing down to Vegas for a few days for some R&R, a few good buffets, and then HEAD ON UP TO BUNDYFEST! All 50,000+ Burning Man participants are invited to attend -- and as many more as can make the trip from anywhere in the world! 100,000? 250,000? THE SKY IS THE LIMIT AT BUNDYFEST! The desert surrounding Bundy's ranch is LIMITLESS!

That's what they say. If anyone can graze on that land free of charge then there shouldn't be any problem with a bunch of freaks camping out for a few days. It's all about freedom, right? And so we graduate from protest to farce.

But that was inevitable. When we were all young and marching in the streets, these same people were lecturing the rest of us about "responsibility," telling us we needed to get a haircut and complaining about how we all smelled. (In fact, they still say this when the people protesting are people they don't like.) Even at the age of 20 they were already 25 years out of date. None of us paid any attention to them then and most people aren't paying any attention to them now.

All of us baby boomers, liberal and conservative, are old and annoying. (That's the life cycle, grasshoppers. If you're lucky you will be old and annoying one day too.) But these poor conservatives, despite being part of the largest youth cult in history, never had a day of sheer, joyful fun in their sad, unimaginative lives. The Bundy Barbeque and Tea Party Woodstocks are the best time they've ever had. Pity them. This is their moment and it's just kind of sad.