The insane lie about slavery that Christian conservatives are spreading 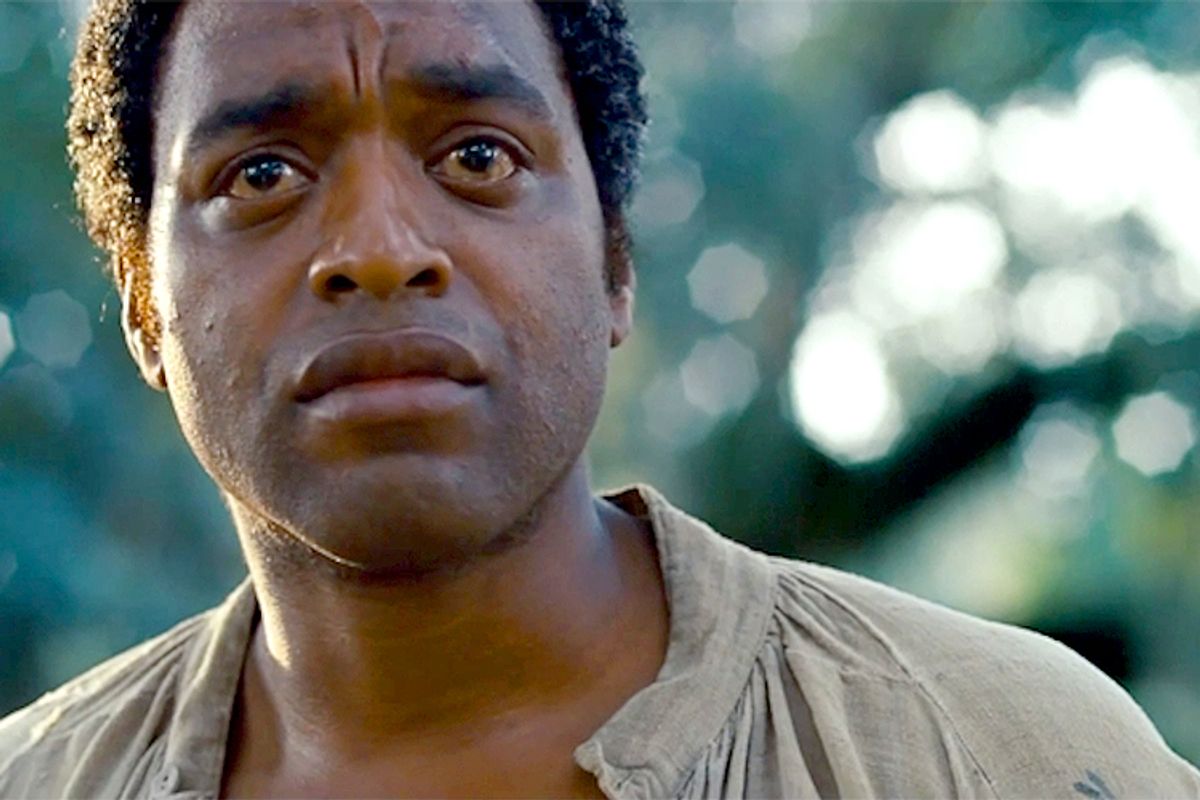 The fanatical right in the US has a problem on its hands and that problem is American history. History tells a tale that does not fit the narrative of the Tea Party and libertarian version of American's founding and history.

That was evident this week, when former senator Jim DeMint, who is head of the Heritage Foundation, a libertarian think tank, made the claim that it was not the government that freed the slaves, but faith.

Talking to Jerry Newcombe on the radio show  Vocal Point, DeMint said, “[Abolitionism] came from a growing movement among the people, particularly people of faith, that [slavery] was wrong.” DeMint goes out of his way to say big government had nothing to do with freeing the slaves; it was on the Constitution and Lincoln, because obviously neither of those is big government. DeMint goes on to say:

The reason that the slaves were eventually freed was the Constitution; it was like the conscience of the American people. Unfortunately there were some court decisions like Dred Scott and others that defined some people as property, but the Constitution kept calling us back to ‘all men are created equal and we have inalienable rights’ in the minds of God. But a lot of the move to free the slaves came from the people; it did not come from the federal government. It came from a growing movement among the people, particularly people of faith, that this was wrong. People like [British abolitionist William Wilberforce] who persisted for years because of his faith and because of his love for people. So no liberal is going to win a debate that big government freed the slaves. In fact, it was Abraham Lincoln, the very first Republican, who took this on as a cause and a lot of it was based on a love in his heart that comes from God.

DeMint misses some important historical points here. For starters, while he is correct that Lincoln was a Republican, he ignores the history of the Democratic and Republican parties and their ideologies at the time. The roles of the party had been reversed and did not fully change place until around the time of President Roosevelt’s New Deal.

Secondly, there is no historical evidence Lincoln governed with faith. Lincoln never joined a specific religion, yet he did appear to believe in some form of God or deity. This however is not sufficient evidence that Lincoln fought to free the slaves because of a religious or faith-based obligation to do so.

DeMint also misses another important piece to the historical puzzle: most churches refused to take part when offered a leading role by abolitionists. As historian John R. McKivigan explains in his book  The War Against Proslavery Religion: Abolitionism and the Northern Churches 1830-1865, "All but a few small denominations balked at a commitment to uncompromised abolitionist principles and programs. As a result, civil war and government ended slavery in 1865.”

History is not on the side of DeMint, who is fighting to change the country's history to fit a new narrative he has for the Tea Party and the far right. DeMint knows the true history of this country is built upon the backs of liberals, union men and women, and those who fought against an oppressive South, ruled by then conservative Democrats, who are now in turn the conservative right’s Republican Tea Party.

While crediting Lincoln with freeing the slaves is actually historically inaccurate in his intentions, it is correct that the war Lincoln chose to fight did bring an end to slavery. Lincoln himself said he was not interested in freeing the slaves when going to war—his goal was preserving the Union, and freeing slaves happened to be a later part of his military strategy.

Lincoln wrote in a letter to abolitionist Horace Greeley in 1862:

So while in the end Lincoln’s decision to go to war with the South to save the Union did result in the freeing of the slaves, this was not his intention. DeMint is continuously wrong in his assertions and his invented history in which his party saved the day and freed the slaves without big government, only a Constitution and God himself.

This narrative DeMint is trying to create has a thorn in its side that it does not even try to remove, and that is that the South still holds onto anger over its Civil War loss. They still fly Confederate flags and refer to the war not as the Civil War, but as the war of northern aggression. Some cities still have monuments erected in celebration and remembrance of fallen Confederate heroes. This does not sound like the narrative of those who hold faith so deeply they fought to free slaves. Instead, it tells a tale of a radical Christian Right that fought to the death for its “god-given right” to own slaves.

This does seem to be the latest trend in Tea Party politics; if only history were different and they could be the heroes, their lost political capital could be regained. They want to appear as though they stand against tyranny and will fight for the little person.

Inventing history and creating heroes out of thin air is what the Tea Party is trying to rally behind. These are the exact events we are watching play out in Nevada right now, with rancher Cliven Bundy taking up arms with a band of libertarian fanatics against the Bureau of Land Management.

Bundy stopped paying his federal fees for letting his cattle graze on government-owned land and went as far to say, “I don’t recognize [the] United States government as even existing.” This type of delusional rhetoric is exactly what the Tea Party is about.

Their desire to enact a political revolution is so obsessive they are willing to cling to anyone with a gun who will stand up against the US government. They ignore the fact that Bundy is nothing more than the freeloaders they campaign against, refusing to pay his rent and stealing from the US government by using its land to feed his cattle.

Apparently, a white Tea Party libertarian is a revolutionary, and a group of them are national heroes; yet when police evict a minority family from their home at gunpoint because they failed to make rent, the minorities are freeloaders living off the American citizens tax dollars.

Just as DeMint is fighting to change the history of America to include his band of slave owners as abolitionists, the party is trying to use someone like Bundy, who for all intents and purposes is a domestic terrorist, as a national icon against their invented tyrannical government.

False narratives are the sign of a party in its death throes. We are witnessing a party struggling to stay relevant in a world that has become increasingly liberal. The erratic behavior from the right is nothing but a response to the current climate that shows liberalism has won.

Markos Moulitsas of Daily KOS writes, “But if you wonder why conservatives seem to carry perpetual grievances, it's because they know they have lost. The entire world around them has left them behind. Heck, they've created an entire alternate media world in which to cocoon themselves. But they know they've lost.”

The right knows the fight is moving out of their hands: more than a dozen states have legalized gay marriage, their religious beliefs are being squeezed out of government, and the population is done with pampering the corporate elite.

This changing political climate has the right scared and backed into a corner. It should come as no surprise they are lashing out and grasping at straws. From extremists pointing guns at federal agents to a retelling of historical events, the Tea Party rhetoric machine is gassed up and ready to spread mythology and endorse violence and terrorism until its final breath.