The latest in a string of natural gas-related safety incidents 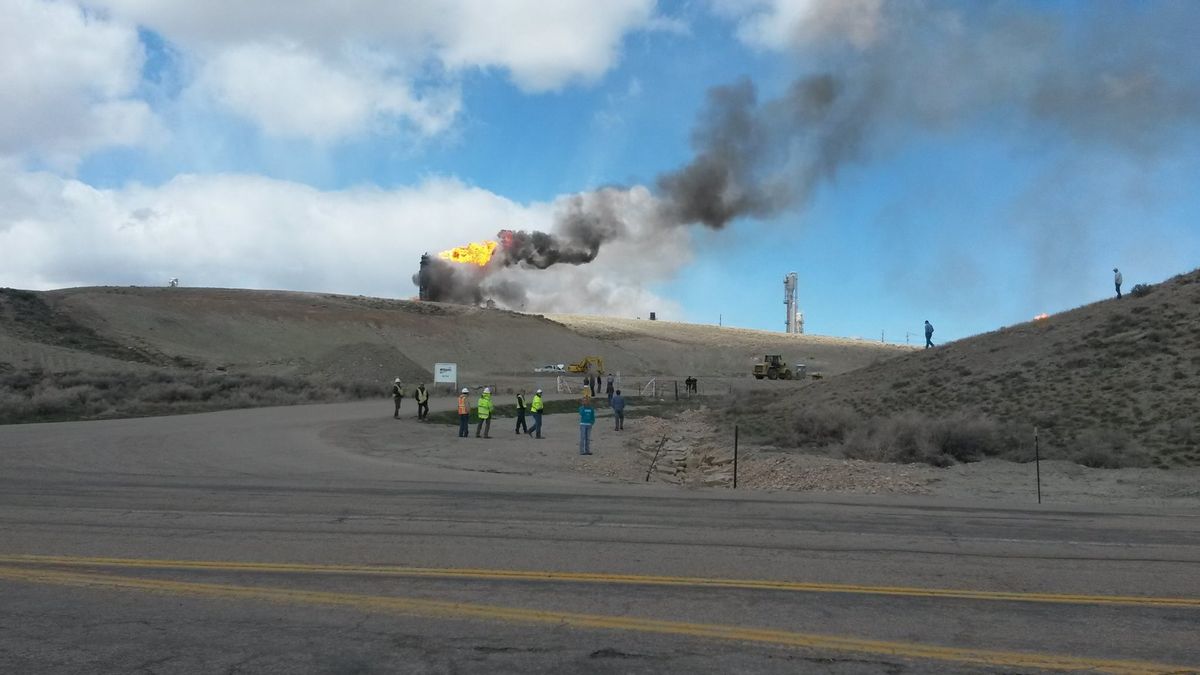 An explosion and fire at a natural gas processing plant in southwestern Wyoming Wednesday prompted the evacuated of a nearby town. No injuries were reported, and emergency crews are waiting for the fire to burn itself out.

"They were downwind from the plant," Lincoln County Sheriff Shane Johnson told the Associated Press of the small town's 95-some residents. "The fire was still very active, and because of the nature of the processing that goes on there, that was the call that was made for safety reasons."

The AP has more on the plant, which is capable of producing about 2 percent of the country's daily gas supply:

The Opal plant removes carbon dioxide and other impurities from natural gas that comes from gas fields in the region. It can gather up to 1.5 billion cubic feet of gas a day, and it sends the refined product into pipelines that go to urban centers to the east, west and south.

Williams said in a statement it has suspended collecting gas from surrounding areas and is looking for ways to resume production.

Regional pipelines converge at a major national hub in Opal, and it's the principal spot where prices are set for natural gas produced from the large gas fields in western Wyoming and the San Juan Basin in Utah. Government officials and industry insiders closely watch Opal hub prices to monitor trends in regional gas supply and demand.

As Reuters notes, this is the second safety incident involving Williams, the plant's operator, in the past several weeks, and the latest in a string of accidents arising as one consequence of the U.S. oil and gas boom:

On April 7, a Williams unit said that a gas gathering pipeline in West Virginia caught fire.

...Wyoming leads the nation in coal production and is also a top gas producer. Wyoming accounted for more than 7 percent of U.S. marketed gas production in 2013, according to the U.S. Energy Information Administration.