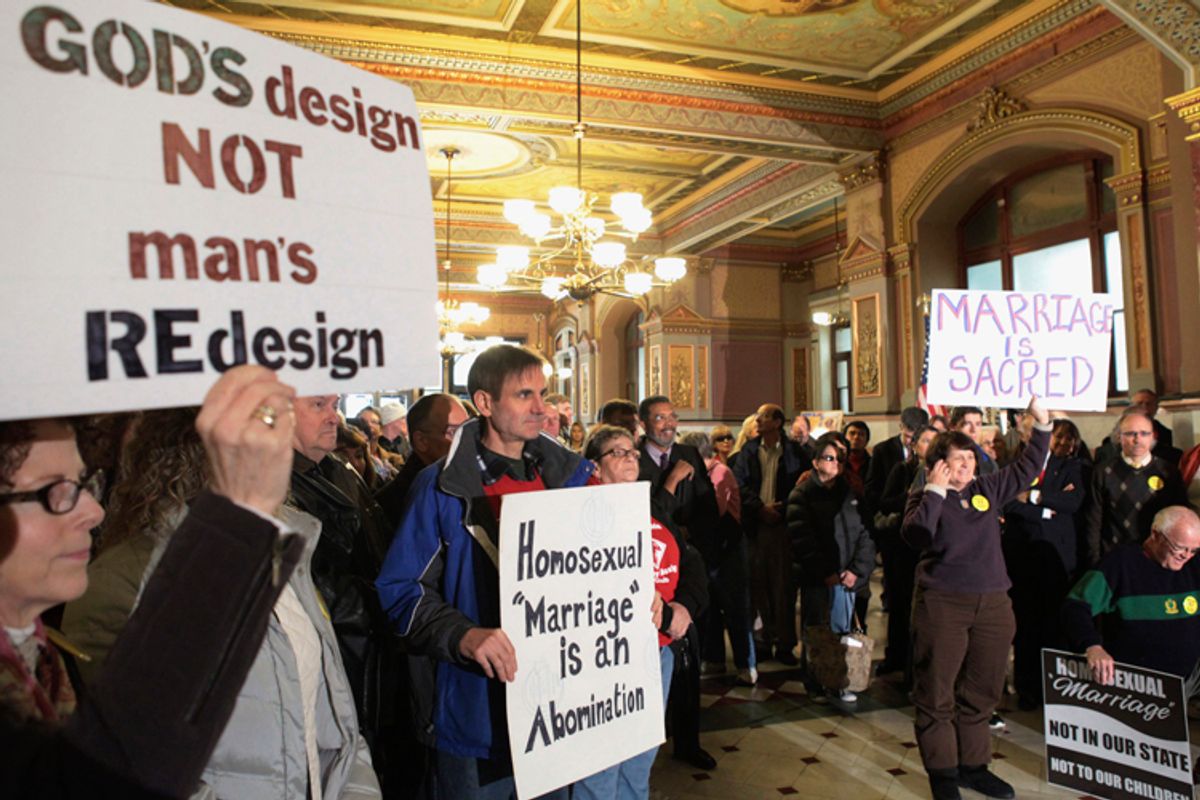 A Republican-led panel is currently debating a resolution to impeach Missouri Gov. Jay Nixon over his decision to allow married gay couples to file join tax returns, which is actually what's legally required.

The resolution would charge the Democratic governor with "neglecting his official duties for issuing an executive order permitting gay couples who were legally married in other states to file combined Missouri income tax returns," according to the St. Louis Post-Dispatch.

“He usurped the people and their authority to determine their constitution and their restraints on their government,” said Republican Rep. Nick Marshall, one of the sponsors of the resolution.

There are only four weeks remaining in the current legislative session, so it's unlikely the effort to impeach the governor will go anywhere. Nixon, for his part, has called the hearings “some sort of show.” (Sounds about right.)

As the Post-Dispatch notes, Nixon's executive order requiring state tax officials to accept joint returns from married gay couples is really just a requirement that state officials follow the law. The terms of Missouri's tax code are the same as what's defined in federal tax code. The federal government is now accepting joint tax returns from married gay couples -- regardless of the state they reside in -- so the Missouri order is consistent with that.

Democratic committee members have said impeachment is not an appropriate response to the order. “This is a disagreement in legal theory, which shouldn’t be an impeachable offense,” said Rep. Mike Colona.