Rolling Stone: Obama "has all but decided" to reject Keystone

"'The only question now is the timing of the announcement," an insider reportedly said 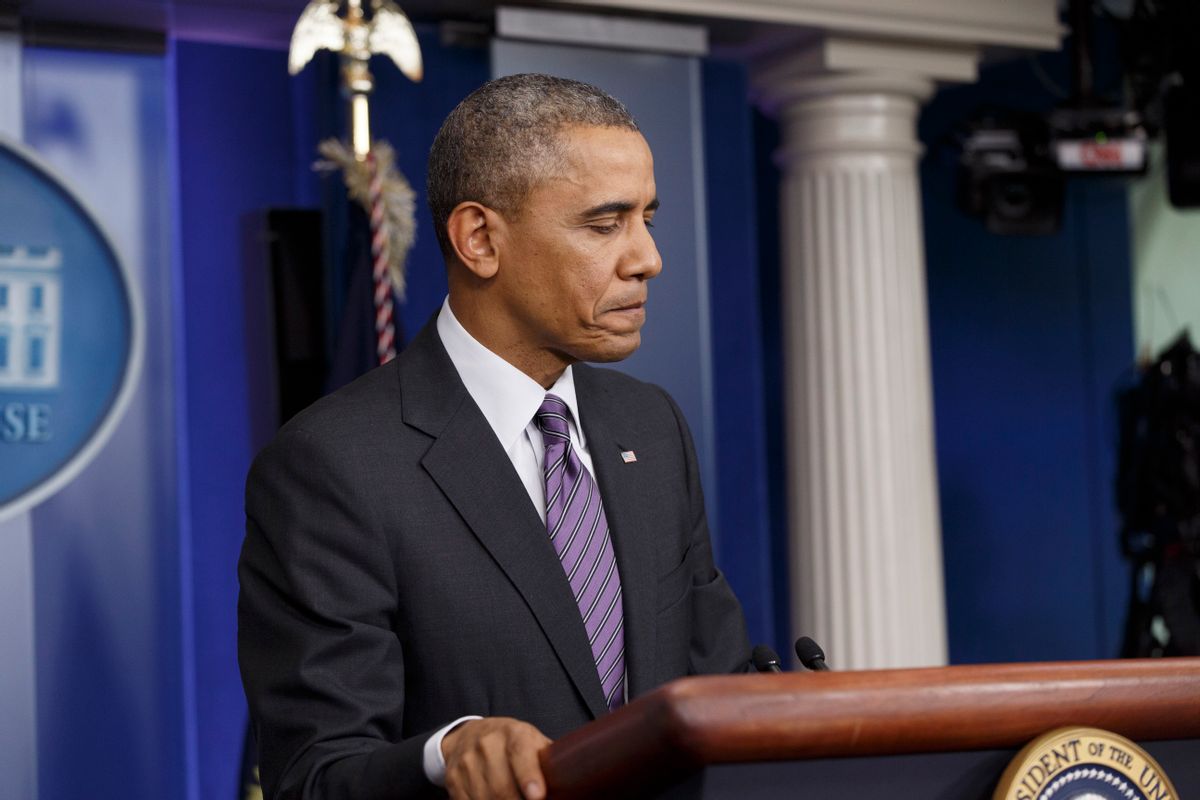 Jeff Goodell claims he knows the likely outcome to President Obama's hugely controversial decision of whether to approve the Keystone XL pipeline. "Although no final decision has been made, two high-level sources in the Obama administration told me recently that the president has all but decided to deny the permit for the pipeline," Goodell writes in Rolling Stone, noting that doing so would be "a dramatic move that would light up Democratic voters and donors while further provoking the wrath of Big Oil."

"Exactly how the president has weighed the decision on Keystone is a closely guarded secret in the White House, known only to a few senior advisors like Valerie Jarrett and Dan Pfeiffer," Goodell explains. "But it's no surprise that I was told recently by members of the administration that the pipeline would, in fact, be rejected. 'If the president is really serious about his legacy on climate change, he can't have that and approve Keystone,' an Obama insider told me. 'The only question now is the timing of the announcement.'"

The print version of Goodell's feature, an editor's note adds, was written before the State Department's announcement, last Friday, that the decision would be once again delayed, meaning we're not likely to find out if he's right until after the midterm elections.

Following up with the administration's standard practice of referring questions to the State Department: