The explosive rise of solar: U.S. capacity grew over 400 percent in just 4 years

Sorry, Koch brothers: more than half of new capacity comes from home and business owners 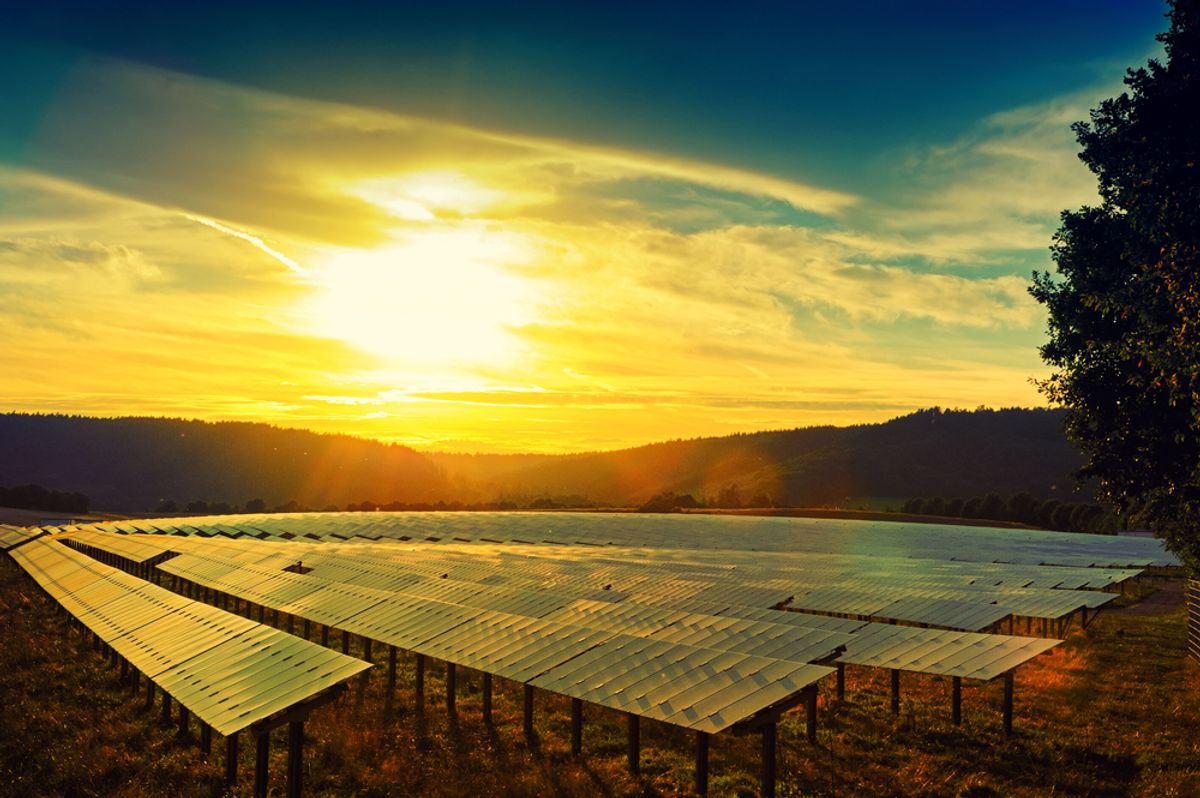 Solar power: it's "up and coming" having grown "from a relatively small contributor to the nation's total electric capacity into a one of comparative significance." From 201o to 2014, the Energy Information Administration reports, U.S. solar capacity has increased an incredible 418 percent, from 2,326 megawatts, or just 0.2 of total U.S. electricity generation, to 12,057 MW, or 1.13 percent of power. Net metering programs, which allow home owners and small businesses to sell the excess electricity they generate back to the grid is credited for easing the way for more than half of that added capacity. California comes out ahead with 38 percent of net-metered capacity, and New Jersey and Massachusetts, combined, are responsible for an additional 21 percent.

Despite the best efforts of the Koch brothers, we're likely to see even more growth of small-scale rooftop-generated power: Wednesday, Google announced that it's teaming up with solar panel maker SunPower to finance leases for thousands of such systems, to the tune of $250 million. The program will allow homeowners to go solar without making the upfront investment.

But CleanTechnica latches onto another statistic of note: we're seeing more and more utility-scale projects (again, led by California), which could help us move away from the increasingly ugly fight over small-scale and residential solar panels:

...while net metering gets the most attention in statehouses, utility-scale solar PV has overtaken net metered solar, perhaps for good. These systems, with an installed capacity of 1MW or greater, have grown fast and now total 5,564MW total installed capacity.

As with small-scale solar, California leads the way with 49% of installed capacity, followed by Arizona with 17% and North Carolina with 6%. The Tarheel State’s utility-scale solar strength stands out in comparison to its minuscule .2% net-metered capacity share – indicative of diverse state solar policies.

“The biggest takeaways I see are that utility scale PV capacity is rapidly increasing and overtook the net metered segment according to our data,” said Glenn McGrath, EIA Team Lead for Electric Power Systems and Reliability, via email. “Different state policies are key drivers in the growth of the two segments.”