"The Other Woman" shatters rom-com tropes for male infidelity

The movie is not exactly genre-busting. But it manages to break new ground in rom-com portrayals of cheating men 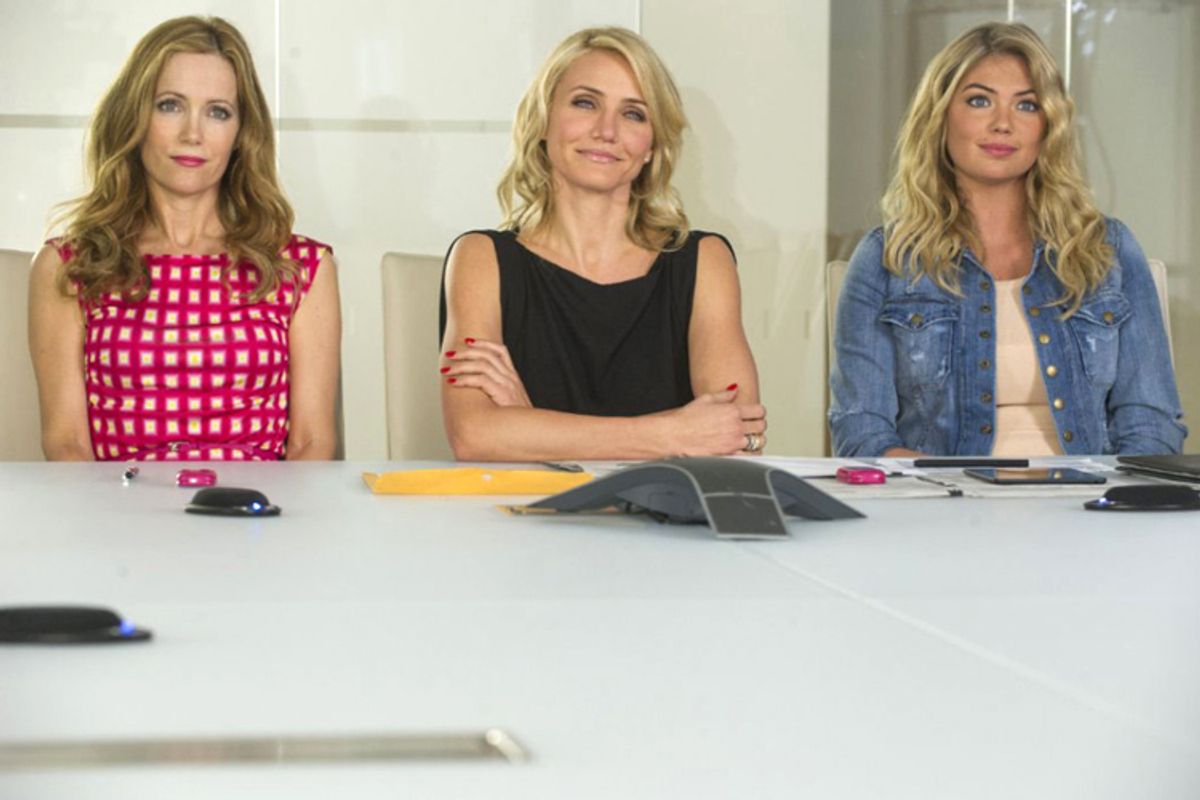 In the rom-com world, male infidelity often functions as a kind of plot device. It’s an unfortunate but somehow still beguiling flaw in the protagonist that gives him some psychological depth and handily prevents the perfect union from happening too early in the run-time. In films like “Boomerang,” or “The Tall Guy,” or the more recent “Playing for Keeps,” cheating on your girlfriend is just a stumbling block on the road to certain, eternal happiness.

This is very much not the case in “The Other Woman,” which opens Friday. Mark (Nikolaj Coster-Waldau) is not made more charming or raffish or interesting by his infidelity, nor is his philandering an opportunity for personal growth. On the contrary, unfaithfulness seems to be just about all there is to him. He is an empty vessel spouting (as an overdetermined but still amusing bathroom scene emphasizes) a lot of crap. Rather than an interesting blip in his character, infidelity is a substitute for character altogether. And where cheating, in many rom-coms, can be a way to briefly dial down the comedy in order to make the final romantic triumph more rewarding, in “The Other Woman” it’s an opportunity to play up the comedy (as the women torment Mark through various ingenious methods) while tossing the romance altogether.

So if there’s no romance, why call it a rom-com? It’s true that the film is not organized around a march to heterosexual bliss — but it’s still packed with rom-com tropes. The central budding relationship is between Mark’s wife, Kate (Leslie Mann), and the woman he is seeing, Carly (Cameron Diaz). The two are presented as a classic rom-com odd couple pairing; Kate is ditzy, erratic and out of control; Carly is focused, determined and put-together. And (again, in rom-com fashion) the quirky nutball pursues the uptight square nearly to the point of stalking, as Kate comes to Carly’s office, peppers her with phone calls, and later sneaks into her building. Inevitably and improbably they bond, get drunk and generally behave like romantic leads heading for a big moment. In one scene they roll around together suggestively on the beach; in another Carly is forced to hide beneath Kate’s dress; in yet another, Kate’s brother Phil (Taylor Kinney) has an earnest talk with Carly, asking her to do right by his sister.

And then the third other woman is introduced, making this into a three-way love story. Mark, it turns out, has also been sleeping with Amber, played by Kate Upton in all her bikini-clad glory. The film treats the bikini and its contents as a major, riveting reveal; Kate and Carly are looking through binoculars to spy on Mark and when they see whom he’s with, they collapse into breathless ecstasies of jealousy that are, for all intents and purposes, indistinguishable from lust.  Amber and Kate bond almost instantly, with Kate swooning over the heavenly smell of Amber’s sweat. The two of them then dance around together before all three head to the ocean for some (off-camera) skinny-dipping.

“The Other Woman” is not by any stretch of the imagination a great film. Just to list its most obvious offenses, Nicki Minaj as the spunky black friend is egregious, the multiple trans-people-are-weird jokes are deeply offensive and dumb; the rest of the gags are so-so; the plot is predictable. But for all its faults, there is a kind of genius in the way that it takes the rom-com raison d’etre — the desire to see two lovable people fall in love with each other — and diverts it for its own purposes. Frothy script aside, both Diaz and Mann (and Upton too) have charisma to burn — even if the moment of intense emotional bonding occurs when a ring gets chucked into the ocean, rather than exchanged.

Toward the end of the film, Amber declares her love for the other two women, while adding the caveat that she hopes that they never sleep with the same man again. Then the plot denouement involves everybody wildly hooking up with everyone else’s relatives. Friendship and love are intertwined and intermixed; soul mates, the film insists, are soul mates, platonic or otherwise. And it all can be traced back to the cause of this scrum of soul-mating: Mark’s infidelity. In the end, he gets punished, in a rather — to put it delicately — hyperbolic way. “The Other Woman” isn't exactly a genre-buster. But this may be the movie’s boldest stroke: that a rom-com in which the man isn’t redeemed can still have a happy ending.