A trove of Andy Warhol masterpieces were discovered, painted via computer at the behest of Commodore International 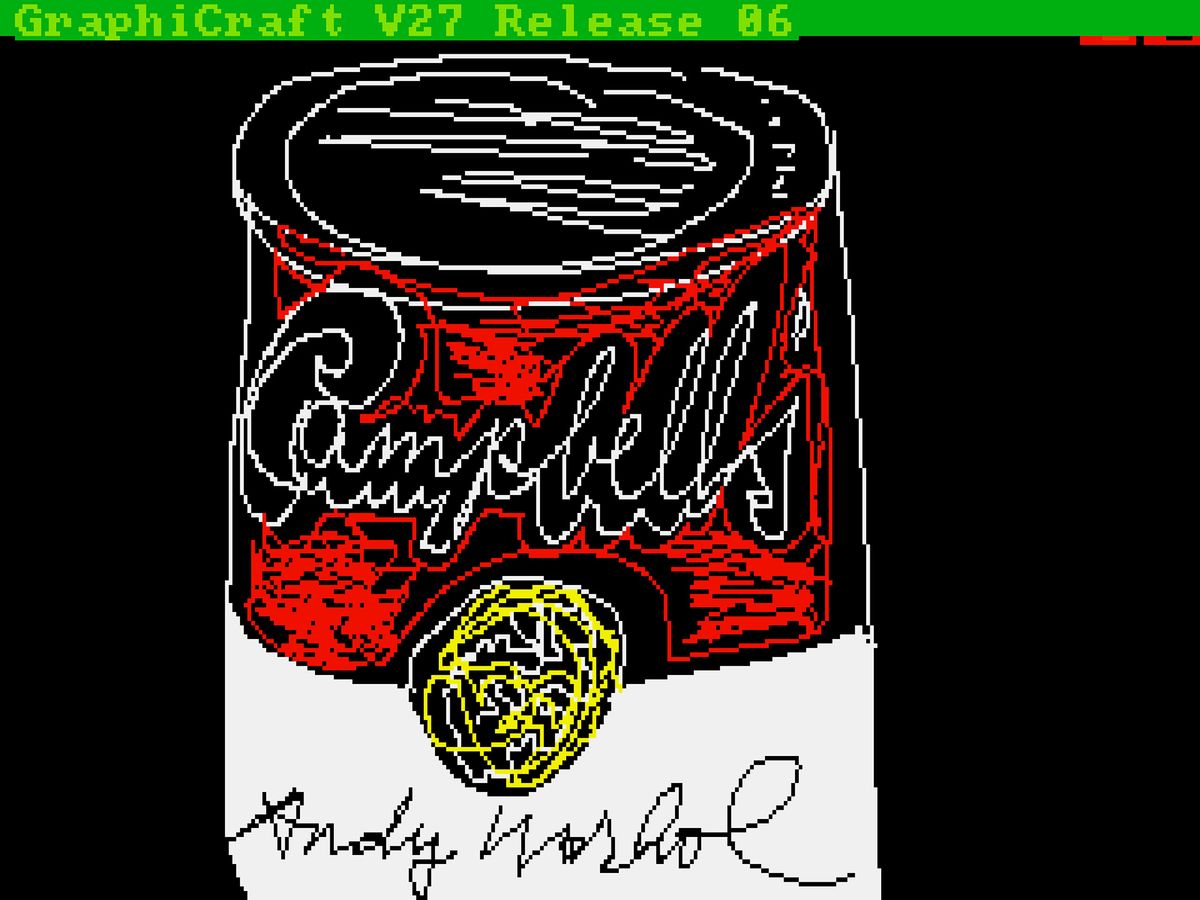 Today the Andy Warhol Museum announced that a collection of never before seen Warhol art had been uncovered from Amiga floppy disks. The artwork was commissioned by Commodore International and used an Amiga 1000 computer, and saved on floppy disks.

While it's hard not to focus on the incredible fact that the works were extracted from nearly extinct hardware, another technology played an important role in the discovery: YouTube. The artwork may have never been uncovered had it not been for artist Cory Arcangel, who saw a video clip of Warhol in 1985 promoting the release of the Amiga 1000. (Who can say if this is the clip Arcangel saw, but here Warhol is using Amiga 1000 to paint Debbie Harry.)

The search wound Arcangel to the Carnegie Museum of Art, and eventually with the help of curator Tina Kukielski to Carnegie Melon University's Frank-Ratchye STUDIO for Creative Inquiry, run by Golan Levin. Levin led them to the CMU Computer Cab.

Matt Wrbican, the chief archivists at The Warhol Museum (and a former Amiga) user, helped them get access to the disks and eventually the team from both CMU Computer Club and Frank-Ratchye STUDIO for Creative Inquiry were able to extract the art.

Warhol and Pop Art, turned consumerism into high art and blurred the lines between them. He was also an avid user of his day's new technology -- video, film and even computing. In its biography of the artist, the Warhol Foundation calls Warhol, "A skilled (analog) social networker."

"In the images, we see a mature artist who had spent about 50 years developing a specific hand-to-eye coordination now suddenly grappling with the bizarre new sensation of a mouse in his palm held several inches from the screen," said Wrbican. "No doubt he resisted the urge to physically touch the screen -- it had to be enormously frustration, but also marked a huge transformation in our culture: the dawn of the era of affordable home computing."

"Predating the hyper-personal outlets now provided online," the Warhol Foundation writes, "Warhol captured life’s every minute detail in all its messy, ordinary glamour and broadcast it through his work, to a wide and receptive audience."