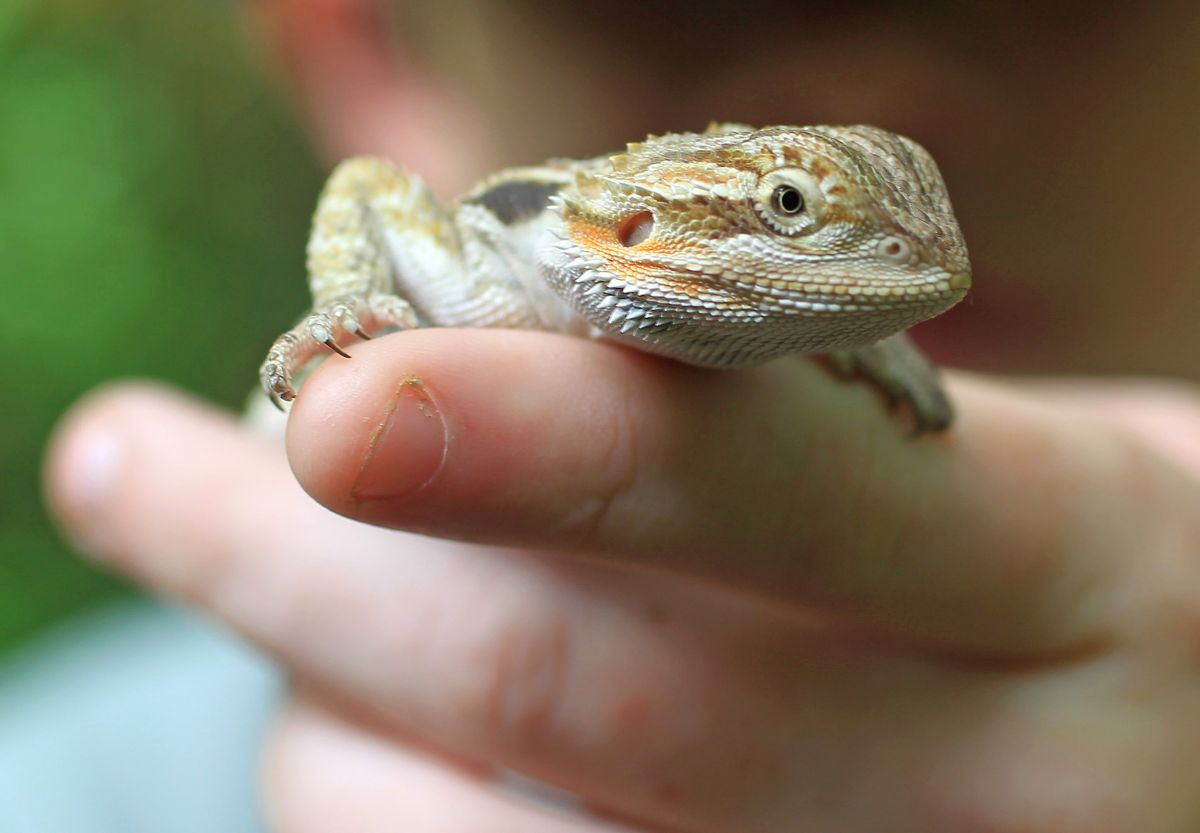 FILE - In this July 22, 2013 file photo, a teenager holds his bearded dragon lizard before a discussion about herpetology at a park in Columbia, S.C. In a report released Thursday, April 24, 2014 by the Centers for Disease Control and Prevention, bearded dragons have joined the list of pets that can give you salmonella poisoning. In the last two years, 132 people in 31 states have been infected with a rare form of salmonella bacteria. (AP Photo/The State, Gerry Melendez) (AP)
--

NEW YORK (AP) — Bearded dragons have joined the list of pets that can give you salmonella poisoning.

In the last two years, 132 people in 31 states have been infected with a rare form of salmonella bacteria. Thirty-one answered detailed questionnaires about their illnesses; of those, 21 said they'd handled bearded dragons — a popular lizard native to Australia.

Health investigators also found the rare bacteria in the terrarium of a bearded dragon tied to the outbreak. They're calling this the first U.S. salmonella outbreak caused by this kind of pet.

"We are confident bearded dragons are the source of the outbreak" said Casey Barton Behravesh of the Centers for Disease Control and Prevention, which released a report on the outbreak Thursday.

Bearded dragons are desert animals that can grow to be about 20 inches long. Some are cream and brown in color, others are red, orange or yellow. Some sell in pet stores for around $70 to $100.

They can appear clean and healthy but still be shedding bacteria, experts say.

The CDC officials warned owners should wash their hands thoroughly after handling the lizards and keep them out of kitchens, sinks and bathtubs. They also should be kept away from small children.

There have been no deaths in the current outbreak, but 42 percent have been hospitalized. That's an unusually high proportion, probably due to the fact that a large number of the infected were children age 2 or younger, who are more vulnerable to the bacteria, said Barton Behravesh, a veterinary epidemiologist.

The bearded dragons came from several pet stores, and no single chain or supplier has been identified as the source of the salmonella-infected lizards, she added. An investigation is continuing.

Other pets that carry the salmonella bug include frogs, toads, turtles, snakes, hedgehogs, chicks and ducklings.