Here's the latest news on the ridiculous Cliven Bundy 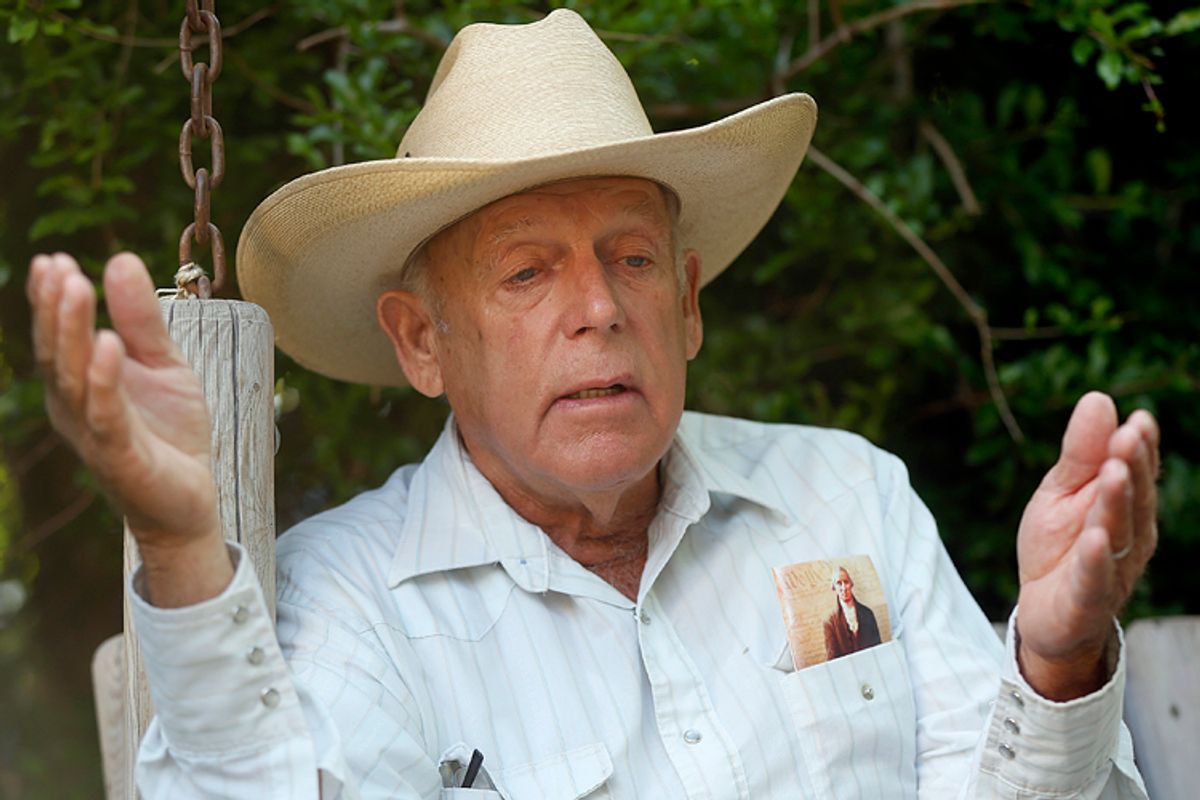 After reports came out saying that Bundy had wondered aloud whether African-Americans (or, as he called them, "the Negro") would be better off as slaves, and after video came out confirming that, despite Bundy's protestations that he was misquoted, this was indeed one of the many outrageous things he said, many of Bundy's former Republican allies ran away from him while the rest of the political world looked on with a mix of bemusement, schadenfreude and horror.

But Bundy wasn't done. It turns out there are a few ticks of the second hand left for this silly man's fading 15 minutes: