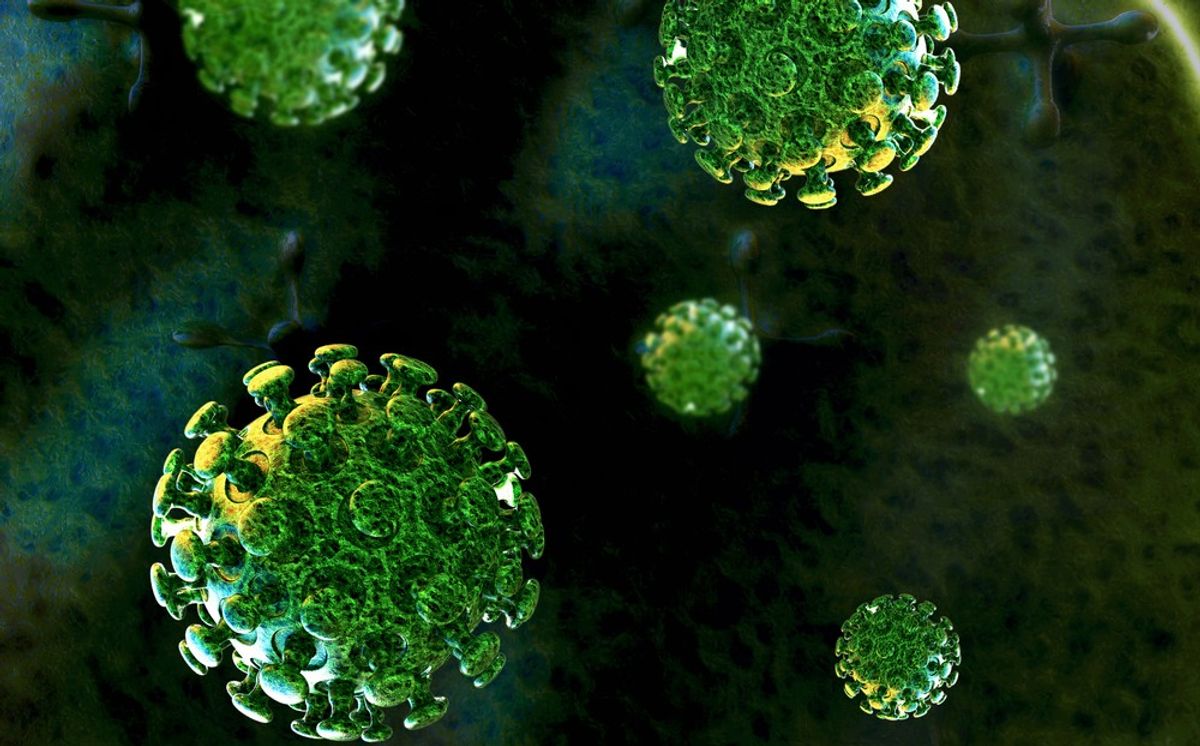 A deadly new virus for which there is no cure and about which little is understood could present a global threat, officials say. It's called Middle Eastern Respiratory Syndrome Coronavirus -- or MERS-CoV -- and a recent upswing in cases has health officials on high alert.

MERS, which was first reported in 2012 in Saudi Arabia, has since spread across the country; lab-confirmed cases linked to travelers in the Gulf have also cropped up in France, Italy, Jordan, Kuwait, Oman, Qatar, Tunisia, the U.K. and the U.A.E. Last week, new cases were reported in Yemen, Malaysia, the Philippines and Greece. In the U.S., according to NPR, the CDC "has been preparing for the possibility that a MERS case could walk off an airplane onto American soil."

On Thursday, the Saudi Arabian health ministry confirmed 36 new cases and four deaths. According to Ian MacKay, an associate professor at the Australia Infectious Diseases Research Centre at the University of Queensland, the country this month has been seeing more than 10 reported cases each day, up from two or three daily. So far this year, he wrote on his blog, there have been more cases detected than in 2012 and 2013 combined.

Anything that's compared to SARS -- which in 2003 spread globally and killed almost 800 people -- is going to be disconcerting. While MERS is in the same family as that virus, it's believed to be easier for otherwise healthy individuals to fight off; according to PopSci, it's far less likely to cause a pandemic. Experts, nonetheless, see a number of reasons to be concerned:

There's no way to prevent or treat it

Since MERS first emerged, it's infected at least 250 people and killed 93. The virus causes coughing, fever and pneumonia and has a death rate of about 30 percent. The World Health Organization warns that more needs to be done to prevent its spread in healthcare facilities, noting that the presence of mild and unusual symptoms can make the virus difficult to identify at its early stages.

While officials in Saudi Arabia say they're racing to develop a vaccine, experts counter that immunizing an entire population against a virus that's so far killed only several hundred would be a waste of time and money. Most say that the best course of action would be to vaccinate animals, which are believed to be spreading it to humans. Which leads to the next problem ...

We know almost nothing about it

Very little is understood about how the virus is transmitted from animals or the environment to humans, or about what form human-to-human transmission may be taking. Scientists first linked MERS to bats, and have since found that signs of it are widespread in camels. According to WHO, "urgent investigations are required" in order to better understand what's going on.

Saudi Arabia, meanwhile, has been accused of obscuring information about the outbreak, making it that much harder for the international health community to answer important questions.

It's already spreading -- and there's a chance it's evolving

Used to be, MERS was (believed to be) transmitted to humans from camels -- it often appeared in people who worked directly with the animals, or who ate their meat or drank their milk. But now, healthcare workers are getting sick, which could indicate that the virus is undergoing genetic changes that will allow it to spread more easily between humans. So far, as NPR explains, there hasn't been much to indicate sustained transmission -- the chain of infection appears to stop after the virus moves to a second person -- but the possibility of that happening has health workers on edge. "When humans readily transmit [a virus] to humans, that's what will cause a worldwide outbreak," Michael Osterholm, who directs the Center for Infectious Disease Research and Policy at the University of Minnesota, told NPR earlier this week. "We are very concerned that ... with what we've seen over the last two weeks ... we may be at that point now."

According to ScienceInsider, however, there's no indication of genetic changes in the virus yet -- the increase in cases could just be the result of more widespread testing. And virologist Christian Drosten of the University of Bonn in Germany added that there might be a seasonal effect in play, too. "It certainly seems that April and May are bad months for MERS," he said. Then again, about 1 million Muslims are expected to travel to Saudi Arabia in early October, for the Hajj -- once again presenting the potential for a global spike in infections.