Before tonight's game versus the Warriors, the Clippers displayed a unified sign of protest against racist owner 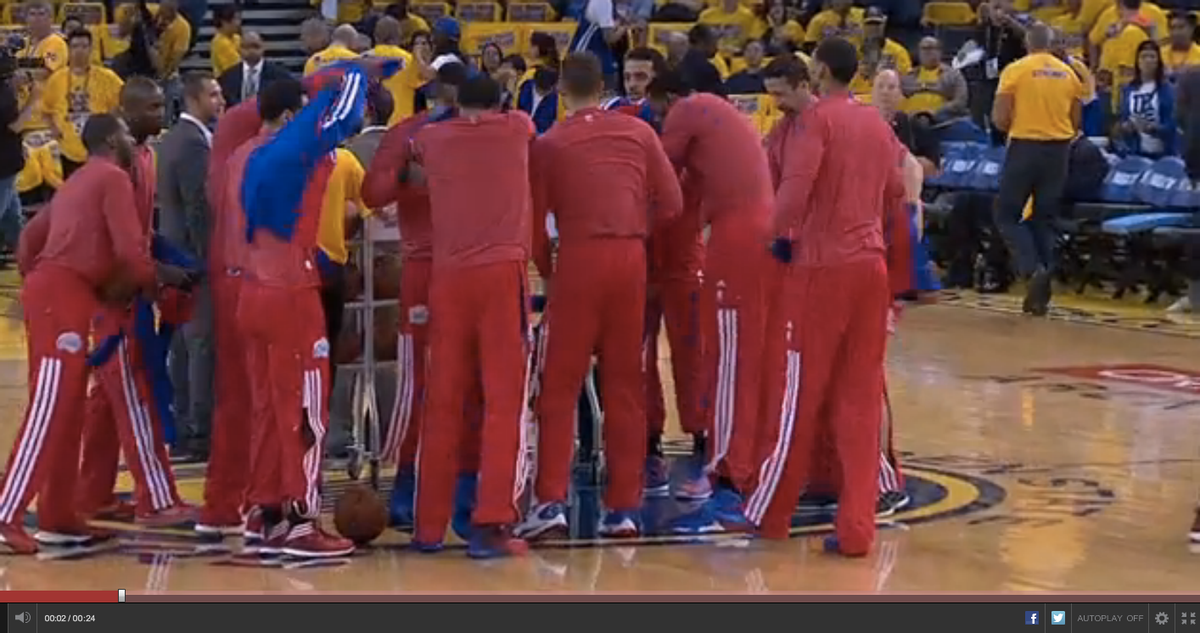 The Los Angeles Clippers wore their warm up T-shirts inside out as a form of protest against their racist owner Donald Sterling, whose vile comments were made public via TMZ and Deadspin earlier this weekend.

According to ABC News, the players voiced their anger and discussed boycotting the game in a 45 minute team meeting held on Saturday.

In the unconfirmed tapes, Sterling argues with woman friend V. Stiviano about her appearing in Instagram photos with African Americans. Sterling also asks her not to bring African Americans to games. The real estate mogul and team owner was not present at today's game in Oakland.

Clippers player and President of the NBA Players Association, Chris Paul, explained the protest. “Our message — it sounds simple — it’s stay together, play ball. We worked really hard to be where we are," Paul told ABC in a pre-game interview. "I couldn’t imagine going through anything like this with anybody leading us other than Doc. He’s been amazing and for us, we’ve have to focus on what we’re trying to do.”