Weibo: We can't censor our users enough to satisfy the Chinese government 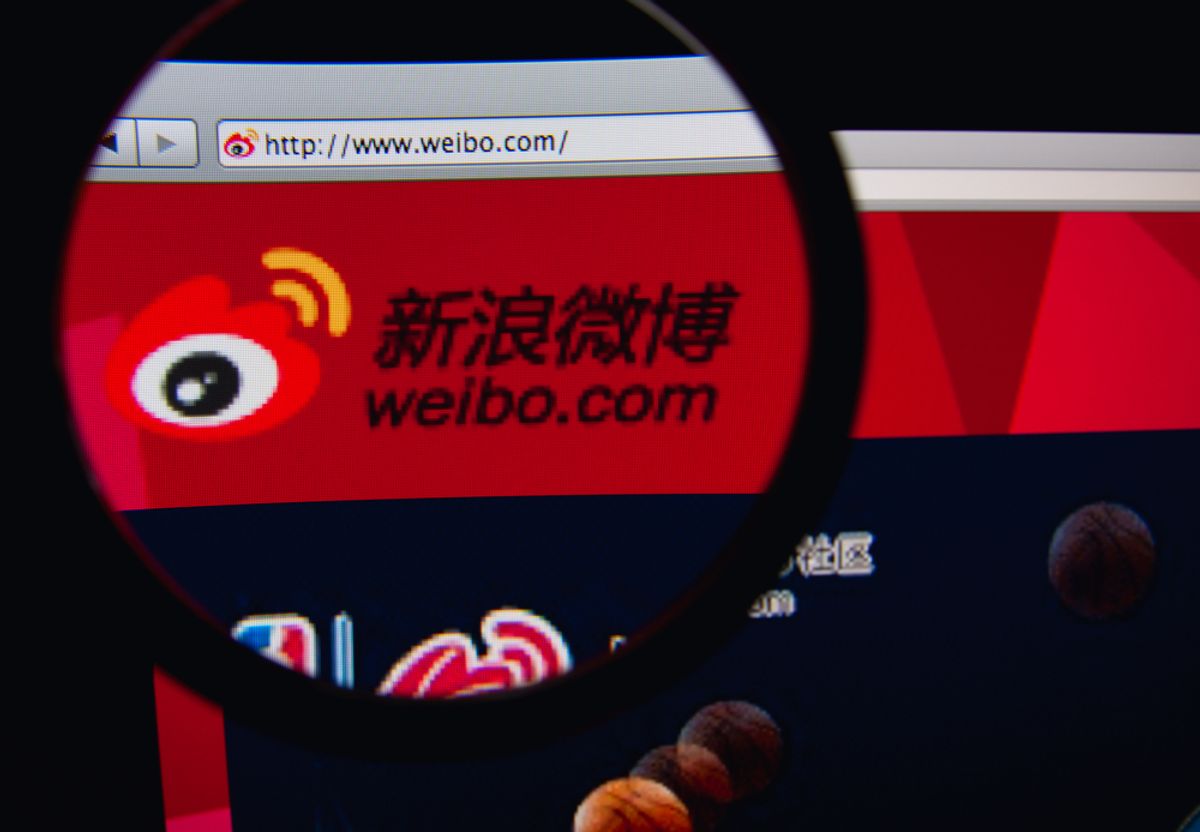 Starting yesterday, investors can purchase shares of Weibo, sometimes called “China’s Twitter,” on NASDAQ. The company’s regulatory filing with the SEC reveals details not previously known about Weibo’s censorship apparatus, which we wrote about last year.

Weibo, like all Internet publishers and providers in China, is prohibited from letting their users display content that is obscene, fraudulent, defamatory or otherwise illegal under Chinese laws. The content prohibitions also forbid material that “impairs the national dignity of China,” “is reactionary,” “superstitious,” or “socially destabilizing.”

As required under SEC regulations, the company must list for investors potential risks that might affect its share price. Weibo is up front about the risk the Chinese government’s regulation of content poses to its ability so succeed. “Failure to [censor] may subject us to liabilities and penalties and may even result in the temporary blockage or complete shutdown of our online operations.”

Under a section titled "Risks Relating to Doing Business in China," the company cites as a material risk not being able to censor user content quickly enough for the Chinese government, and describes a three-day period in March 2012 when Weibo disabled commenting completely so censors could "clean up" all content regarding a topic. The company did not disclose the topic but theWall Street Journal reported in March 2012 that China put temporary restrictions on Sina, Weibo's parent company, as well as Tencent, a rival microblogging service, and that it was “detaining individuals that it accused of spreading rumors of a coup attempt in Beijing.” That week, according to the Journal story, Sina and Tencent placed identical notices on their web sites, warning users that the ability to comment on posts was being shut down for three days.

In the regulatory filing, Weibo says it doubts it can censor its users adequately enough to satisfy the government. “Although we attempt to monitor the content posted by users on our platform, we are not able to effectively control or restrict content (including comments as well as pictures, videos and other multimedia content) generated or placed on our platform by our users.”

For Weibo, censorship that’s adequate for the government may alienate consumers. AsWired reported today, after a government crackdown threatening to jail users who post “inaccurate” messages if it is viewed over 500 times, Weibo's users started to leave the service. Censorship, according to Weibo’s filing, can “adversely affect our user experience and reduce users’ engagement and activities on our platform as well as adversely affect our ability to attract new users to our platform.”

Also new in Weibo’s filing is a sense of the scale of their operations. Little was previously known about how many human censors Weibo employs, or how much it costs the company to maintain the staff and the technology to monitor the over 100 million posts its users create per day, though this has been the subject of much research. Weibo’s filing with the SEC claims they have a little more than 2,000 employees total, which is fewer than the number of censors alone researchers believe Weibo employs. That might mean the researchers’ estimates are wrong or that the censors are employed by a contractor.

A ProPublica investigation last year republished images deleted by censors on Sina Weibo, along with translations and explanations of the images themselves.

To see the most recent censored posts detected on Sina Weibo, visit freeweibo.com.

Read Weibo's section on risk related to censorship below, or read the full regulatory disclosure.

Regulation and censorship of information disseminated over the internet in China may adversely affect our business and subject us to liability for information displayed on our platform.

The PRC government has adopted regulations governing internet access and the distribution of information over the internet. Under these regulations, internet content providers and internet publishers are prohibited from posting or displaying over the internet content that, among other things, impairs the national dignity of China, is reactionary, obscene, superstitious, fraudulent or defamatory, or otherwise violates PRC laws and regulations. Failure to comply with these requirements may result in the revocation of licenses to provide internet content and other licenses and the closure of the concerned websites. The website operator may also be held liable for such censored information displayed on or linked to the website.

In addition, the MIIT has published regulations that subject website operators to potential liability for content displayed on their websites and for the actions of users and others using their systems, including liability for violations of PRC laws prohibiting the dissemination of content deemed to be socially destabilizing. The Ministry of Public Security has the authority to order any local internet service provider to block any internet website at its sole discretion. From time to time, the Ministry of Public Security has stopped the dissemination over the internet of information which it believes to be socially destabilizing. The State Administration for the Protection of State Secrets is also authorized to block any website it deems to be leaking state secrets or failing to meet the relevant regulations relating to the protection of state secrets in the dissemination of online information.

Although we attempt to monitor the content posted by users on our platform, we are not able to effectively control or restrict content (including comments as well as pictures, videos and other multimedia content) generated or placed on our platform by our users. In March 2012, we had to disable the Comment feature on our platform for three days to clean up feeds related to certain rumors. To the extent that PRC regulatory authorities find any content displayed on our platform objectionable, they may require us to limit or eliminate the dissemination of such information on our platform. Failure to do so may subject us to liabilities and penalties and may even result in the temporary blockage or complete shutdown of our online operations. In addition, the Judicial Interpretation on the Application of Law in Trial of Online Defamation and Other Online Crimes jointly promulgated by the Supreme People’s Court and Supreme People’s Procuratorate, which became effective on September 10, 2013, imposes up to a three-year prison sentence on internet users who fabricate or knowingly share defamatory false information online. The implementation of this newly promulgated judicial interpretation may have a significant and adverse effect on the traffic of our platform and discourage the creation of user generated content, which in turn may impact the results of our operations and ultimately the trading price of our ADSs. Although our active user base has increased over the past several years, regulation and censorship of information disseminated over the internet in China may adversely affect our user experience and reduce users’ engagement and activities on our platform as well as adversely affect our ability to attract new users to our platform. Any and all of these adverse impacts may ultimately materially and adversely affect our business and results of operations.