At least 17 dead as tornadoes tear through the Midwest

Tornado season gets a late, and deadly, start 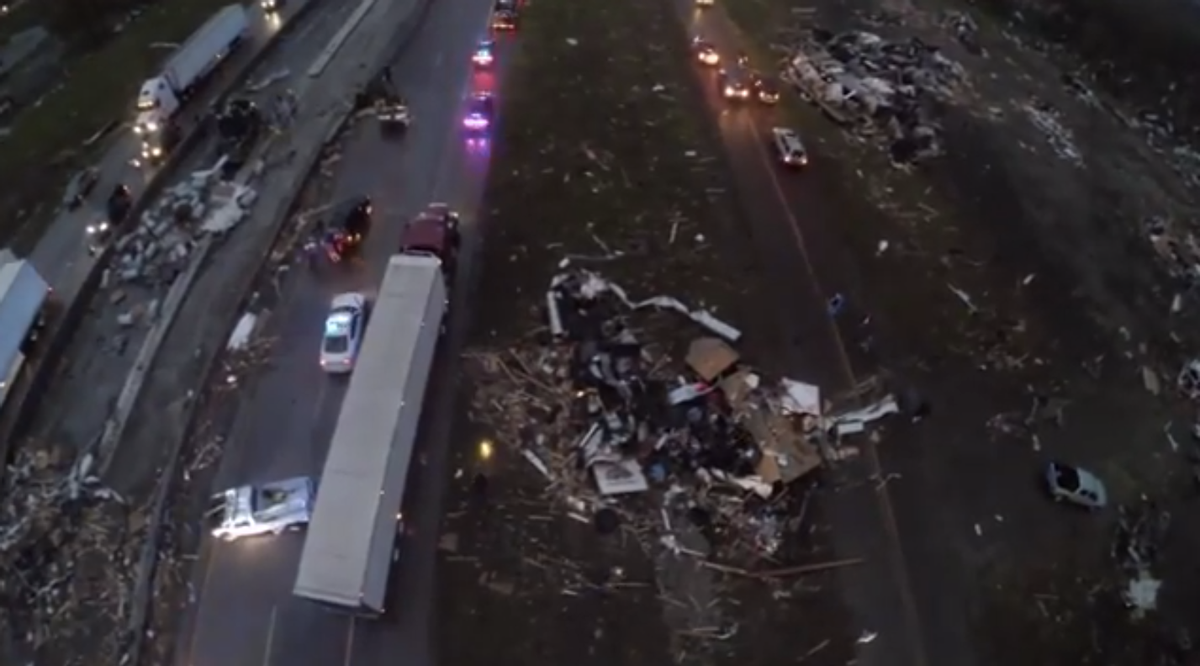 Tornadoes swept through Arkansas and Oklahoma Sunday night, killing at least 17 and leaving entire neighborhoods flattened in their wake.

Winds ripped houses off their foundations and flipped cars on top of the rubble in the small town of Vilonia in central Arkansas' Faulkner county, one of the worst-hit communities, television pictures showed.

Arkansas authorities said at least 10 people had died in Faulkner and six more across the state - the first reported fatalities of this year's tornado season. Another person was killed in neighboring Oklahoma, said the sheriff's department.

Searchers were continuing to dig through rubble in Vilonia and a spokesman for the County Sheriff's office said there was a "mass casualty situation".

"An entire neighborhood of 50 or so homes has been destroyed. Many homes are completely gone except the foundation ... There is more devastation like this in other parts of Arkansas," state congressman Tim Griffin told Reuters.

The deadly spate of weather came amid a tornado season that's extreme for how mild it's been. As Climate Central explained just last Friday, 2014 is on pace to have record-low numbers of twisters, particularly compared to the dramatic tornado season of 2011 -- and during which Vilonia was also hit, leaving four dead and a portion of the town damaged. According to Vilonia police chief Brad McNew, the damage this time is "a lot worse than it was three years ago."

The Storm Prediction Center did manage to issue an early warning for the weekend's storms, without which officials say the fatalities could have been much worse. But the danger isn't over yet: as the storm system moves southeast over the coming days, Tennessee, Mississippi, Alabama, Georgia and the Carolinas remain on alert.

From NBC News, aerial footage of the destruction in Mayflower, Arkansas, where at least one death has been reported: