Jaime Lannister may never become a hero. But he has become one of the show's best characters 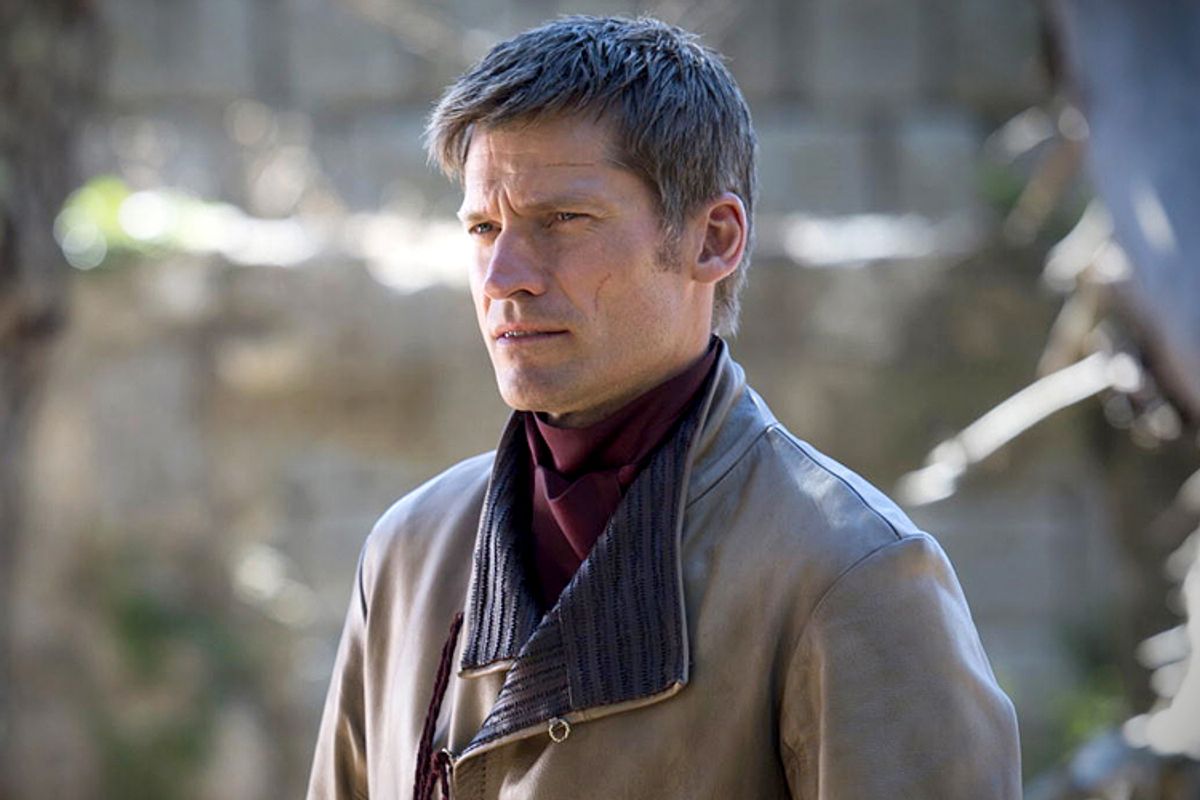 Nikolaj Coster-Waldau as Jaime Lannister on "Game of Thrones" (HBO/Macall B. Polay)
--

Immediately after watching last night’s episode of “Game of Thrones,” I caught myself thinking how much I like the character of Jaime Lannister. Seconds into that reflection, I thought, “Wait, what about the incest? What about the incestuous rape? You can’t possibly like him.” (There’s also the attempted murder of a child – Bran – that wasn’t so many seasons ago that we shouldn’t recall its cruelty.) A few seconds after that, I had to admit that these are all a part of the reason I so enjoy Jaime Lannister: again – the character.

The eldest son of Tywin Lannister is handsome, wealthy, witty, bold, athletic, and occasionally gallant. In any other fantasy story about knights and dragons and faraway kingdoms, he would be the obvious hero. But, of course, because of his previous transgressions – the most extreme of which could be attributed to serious moral bankruptcy – he is not only disqualified from hero status, but has also become the recipient of quite a bit of karmic leg-sweeping. I love the scene in last night’s episode wherein this twisted Prince Charming makes light of the circumstances of his brother’s wrongful imprisonment because he himself had not too long ago been confined in a much more wretched setting for crimes he did commit.

The specifics of Jaime Lannister’s leveling are fascinating in that they have made him into a walking contradiction. He is the eldest son of one of the richest, most powerful men in King’s Landing, but his father has disowned him. He is the highest-ranking member of the Kingsguard, yet physically unable to defend the king – either of them. He is also Joffrey and Tommen Baratheon’s father, but, as no one can know it, appears to be an heirless perennial bachelor. He cannot come to his younger brother’s rescue when the latter is facing the wrath of their sister. Lastly, that sister is Jaime’s greatest love, and, now, even she rejects him. In nearly all facets of his life, he is ostensibly powerless. It is that powerlessness coupled with the fact that he will always be defined somewhat by his villainy that make his recent quietly noble gestures seem all the more compelling.

Last night, when Jaime essentially knighted Brienne and unexpectedly sent her off in search of Sansa Stark, it wasn’t so much a heroic act as it was a man conferring heroism upon someone more capable of achieving it. When the character of Locke tells Jon Snow that he chose being sent north to the Wall over losing a hand for stealing poultry, you have to think this applies to Jaime. Highborn as he is, he would never be so banished, but he’s serving his penance right there in King’s Landing, and the severity of his crimes is such that he probably always will be. Sure, he allows that there is still time for more to be written about him in the Book of Brothers than the questionable deeds of the Kingslayer, but I’ll wager those pages remain blank. If Brienne does indeed save either of the Stark girls, it is most likely that he will never get the credit. His heroism, like the true nature of his bond with Cersei – or the shadowy tactics of known operators Varys and Littlefinger – will always be a secret. Redemption is off the table for Jaime Lannister. He will never be a recognizable hero, but he may become something far more interesting: a player.