Gut check: Microbes in our stomachs may be making us miserable 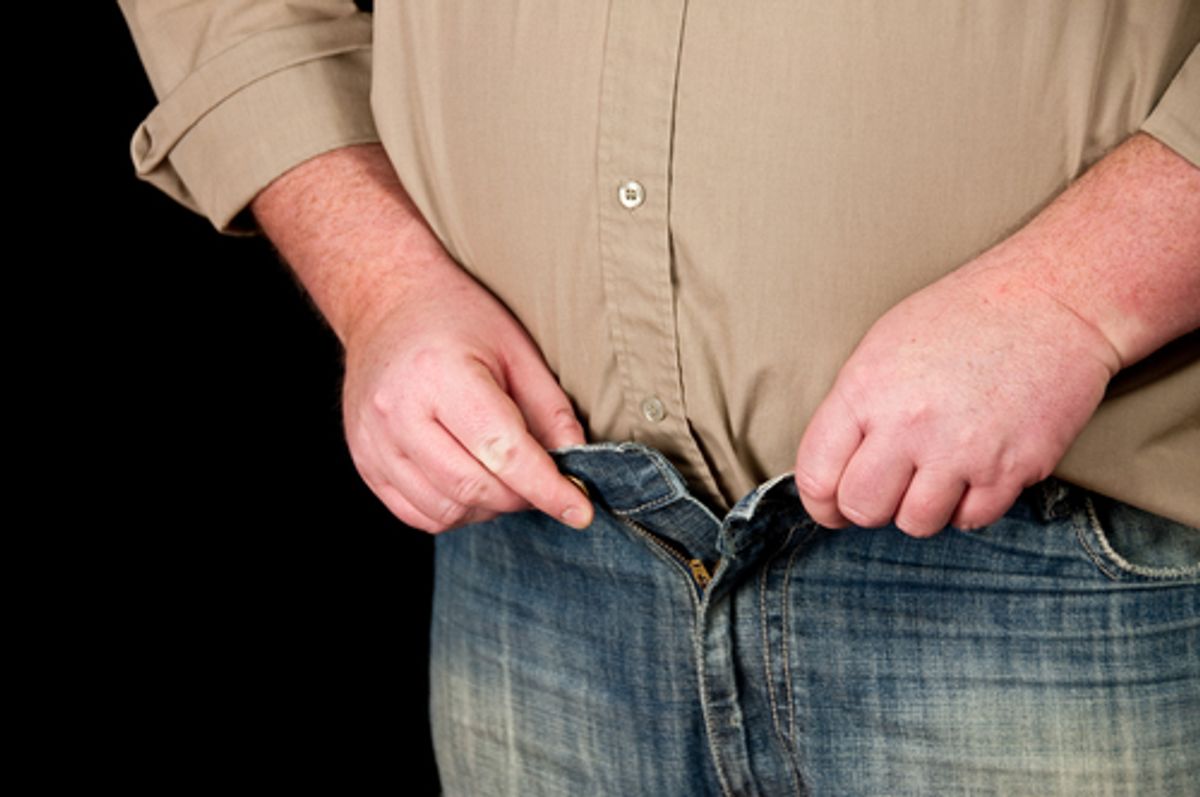 Microbes are in the news these days. Specifically, the microbes that live in and on the human body, making up our “microbiome.” Michael Pollan made a splash with a column titled “Some of My Best Friends are Germs” about a year ago, and now Martin Blaser, director of the Human Microbiome Project at NYU, has published a book called Missing Microbes: How the Overuse of Antibiotics Is Fueling Our Modern Plagues.

In a short period of time, bacteria, fungi and other microbes have gone from enemy to friend in the public consciousness.

But in addition to the many studies finding out about the numbers and diversity of the microbes with whom we share our bodies and their roles in our nutrition and immune function, some researchers have made some surprising findings: the bugs in your gut might actually impact your emotions.

The bidirectional connection between our brains and our guts is not news. When we are hungry, full, queasy, or suffering from gas or constipation, our guts let our brains know. And our emotions can easily impact how we feel in our guts, like when one has “butterflies in the stomach.” The link between emotions and the gut is so strong that we talk about “gut instinct” or gut feelings.

What’s more, the human gut is connected to the brain by the vagus nerve. Within our guts, we have what is called the “enteric nervous system” (ENS), which is so significant it is often referred to as a “second brain.”

Premysl Bercik, an associate professor of gastroenterology at McMaster University, is one scientist on the forefront of researching the link between gut and emotions. He began by studying low-grade gut inflammation in patients with bowel disorders like irritable bowel syndrome (IBS) and functional dyspepsia. “These are basically patients who do not have any structural abnormalities but their gut misbehaves,” he explains. Over the years, his research drifted to studying how microbiota impact gut function and “from there it was only a step” to look at how they impact emotions.

Researchers like Bercik made the leap because a significant portion of their patients suffer from psychiatric co-morbidities like anxiety and depression. Was there a link between what was happening in their guts and what was happening in their brains? And, if so, what was it? Could it be that a person with a constant tummy ache feels extra anxiety simply because he or she feels lousy all the time? Or is it something more than that?

As early as 2004, scientists questioned whether probiotics might benefit patients suffering from major depression. As a 2009 journal article put it, “While evidence is still limited in psychiatric illnesses, there are rapidly coalescing clusters of evidence which point to the possibility that variations in the composition of gut microbes may be associated with changes in the normal functioning of the nervous system.” In other words, we know there might be something there, but we don’t know enough about it just yet.

Bercik was among those who wanted to know more. He and his team “began looking at communication between gut and brain, how it can impact function of host and what is the role that microbiota plays in all of this.”

Several animal studies by Bercik and others showed that acute and chronic gut inflammation resulted in changes in behavior and central nervous system biochemistry, although scientists could not yet explain how or why. In 2010, Bercik and others published a study (funded in part by the food conglomerate Nestlé) that found that “mild gut inflammation caused by chronic parasitic infection… induces anxiety-like behavior in mice.”

The next year, 2011, brought more revelations. One study compared conventional and germ-free mice, finding behavioral and brain chemistry differences between the two groups. That year, Bercik was among a team that published a study with fascinating findings showing how gut microbes impact behavior in mice. (This study was also funded in part by Nestlé.)

They began with two different types of mice, Balb/c and NIH Swiss. Balb/c mice are traditionally timid and exhibit anxiety-like behavior, whereas NIH Swiss mice are known for being daring and adventurous. In addition to differing in behavior, these types of mice also differ in the composition of their gut microbes.

When “we colonized [them] with their own microbiota,” explains Bercik, they “basically reproduced the same behavior in the normal conventional mice.” Balb/c mice remained timid, and NIH Swiss mice remained daring “with a high exploratory drive.”

But when they colonized the Balb/c mice with NIH Swiss microbes, “they became more daring, their exploratory behavior increased. And the opposite happened with the other.” NIH Swiss mice colonized with Balb/c mouse microbes became more timid and anxious. “Which would suggest that gut microbiota modulates or has an effect on behavior,” concludes Bercik. He adds that genetic background plays a role too, but “changing the composition of gut bacteria shifted the behavior phenotype in one or the other direction.”

Behavioral changes were also accompanied by changes in brain markers “in the area of the hippocampus, which impacts your behavior and emotions,” Bercik adds.

At the end of 2011, Bercik published another fascinating study (also funded by Nestlé). In it, control mice were compared with mice suffering from mild chemically induced colitis. The mice with colitis exhibited more anxiety-like behavior than the controls. However, when the sick mice were given a specific probiotic, their behavior resembled that of the healthy controls. Yet, although their behavior normalized, they still had inflammation in their guts. In other words, the anxiety-like behavior was not simply a byproduct of a bad tummy ache.

The study went on to see if the probiotics still had the same effect on the mice if their vagus nerve was removed, severing the link between the nervous system in the gut and the brain. Without an intact vagus nerve, the probiotics no longer impacted the animals’ behavior. Therefore, it appears that the microbe’s impact on mouse behavior depends on the vagus nerve.

So far, the studies had all been in animals. In 2013, a Dannon-funded study found that four weeks of yogurt consumption by healthy women “affected activity of brain regions that control central processing of emotion and sensation.” Although one might wish to take it with a grain of salt that a yogurt company found that yogurt is good for you, it was the first such study in humans.

But if the microbes in your gut impact mood and behavior, then the question is, why? The answers are not all in yet, but scientists have found some evidence of how it could work.

A 2013 study induced depression and anxiety in mice and then examined their gut functions, gut microbiota and brain functions. They concluded that their findings suggest that depression changes the way one’s gut functions, which in turn changes the composition of the bacteria living there. However, they added, the effect could go both ways: a destabilization of gut microbiota could provoke both gut dysfunction and behavioral changes as well.

More recently, an article centered on microbes’ abilities to produce neurochemicals that are identical in structure to those produced by the host (i.e. humans). Could it be that the bacteria in our gut are producing neurochemicals that change our behavior, emotions, and mood?

Studies on this subject continue, such as a 2013 study which found that probiotics reduced the amount of stress hormones mice produced when subjected to chronic stress.

“Personally,” Bercik reflects, “I think there are multiple pathways by which the microbiota can impact the brain. It can be immune mediated. There can be direct interaction with the neural cells within the gut. And probably then it’s also production of different metabolites,” such as the bacteria’s ability to produce neurochemicals.

“I suspect each different bacterium will have a slightly different pathways or slightly different mechanism,” he concludes, making it clear that we do not have the answers just yet. “We are just at the beginning. We are just scraping the surface. And probably in the next five to 10 years we will discover how the bacteria can modulate our well-being and probably an important role will be played by the diet.”

So, I asked him, it’s too early to tell people to eat yogurt if they want to feel better? “I think we are not there yet,” he responds, adding, “I like yogurt so it makes me feel better because I like the taste.. But I think for therapeutic applications of bacteria, we will have to wait for a few years.”