John Oliver to former NSA chief: "The principles of the NSA are built to clash" 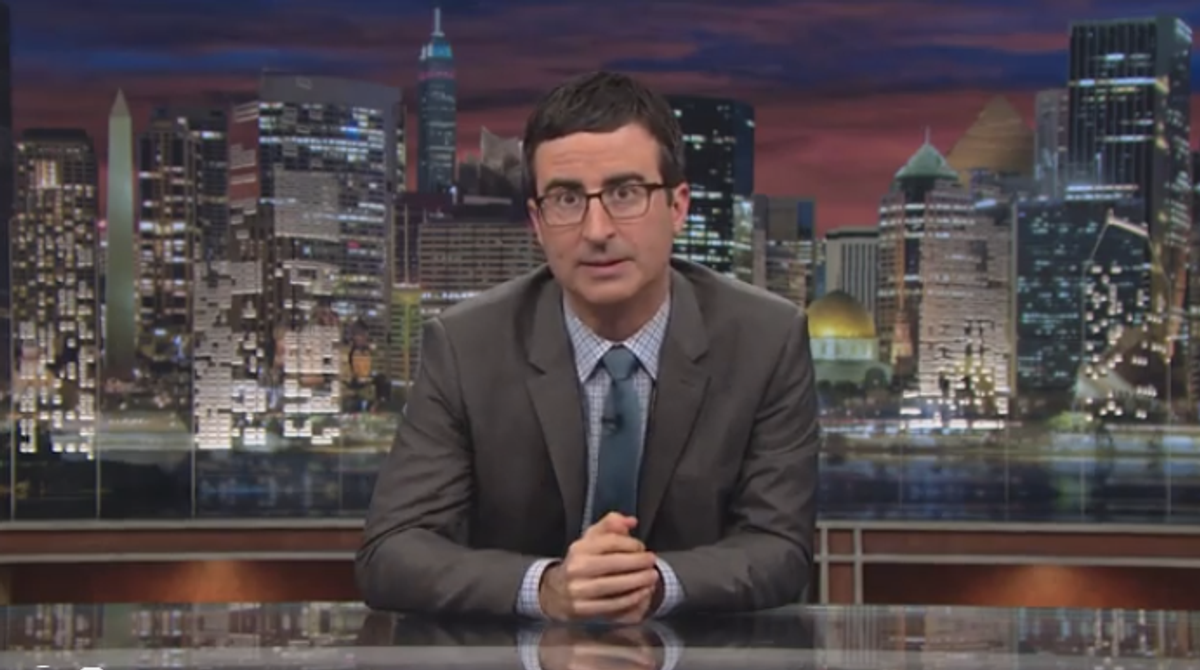 In the debut of "Last Week Tonight" on HBO Sunday night, John Oliver demonstrated his interviewing skills with a tough but funny conversation with former NSA head Gen. Keith Alexander regarding the lawfulness and the reach of the agency's widespread surveillance activity. Eventually, Oliver pushed Alexander into a corner, demanding him to consider the implications of hunting through the proverbial haystack to find a needle.

"Peoples's concerns, I think, are that you're not just taking the haystack. You're taking the whole farm, and the county, and the state, and you've now got some photos of the farmer's wife in the shower as well," said Oliver.

When Alexander defended the NSA's activity, saying that Congress and external measures rein the NSA in, Oliver countered: "But you're always going to err, aren't you, in your position, on the side of wanting more rather than less -- to be safe.

After a contentious back-and-forth, Oliver and Alexander worked on rebranding the NSA. Some suggestions: the Washington Redskins, a kitten in a boot called "Mr. Tiggles," and your new best friend named Trevor who wants you to "tell us about your day."