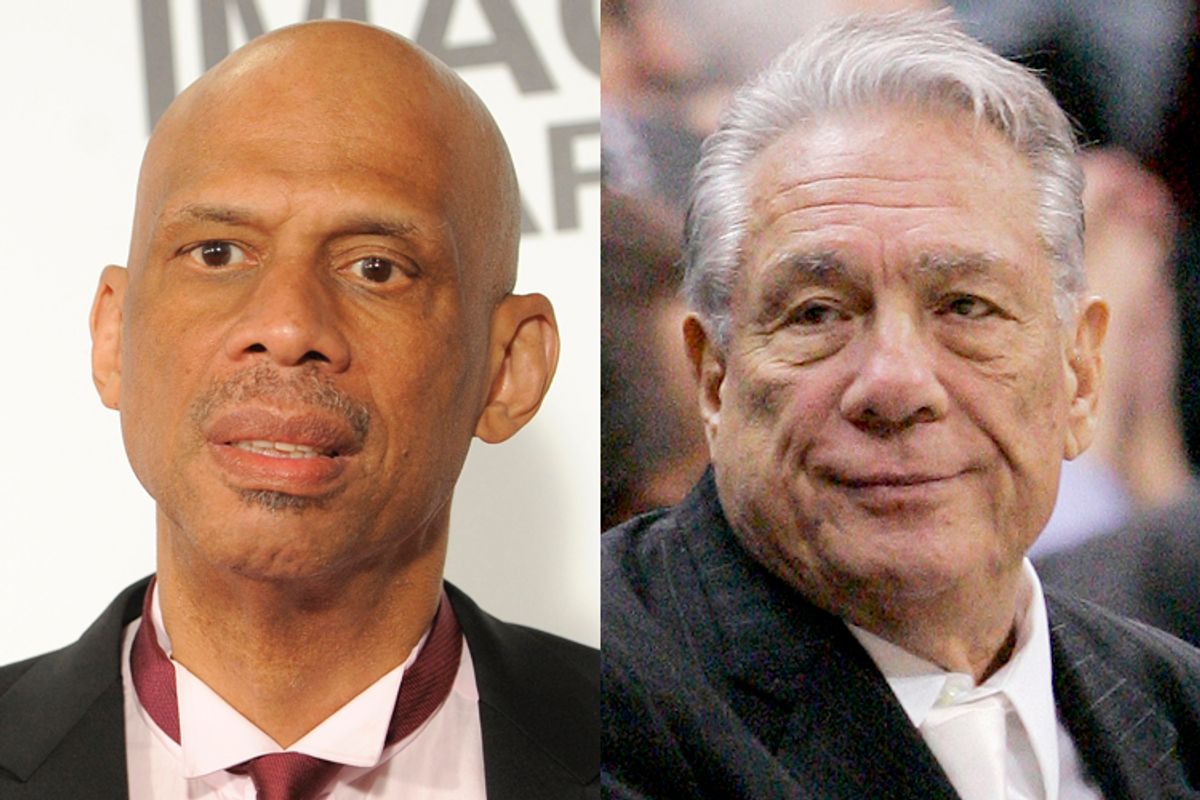 Writing in Time Magazine, NBA legend — and onetime Los Angeles Clippers* coach — Kareem Abdul-Jabbar argues that while Donald Sterling is an awful racist whose public shaming is to be celebrated and is well-deserved, Sterling's mistress used her sexuality to fool the aged Sterling into saying a bunch of racist nonsense and thus should be condemned, too.

After pointing out that Sterling's history of racism is voluminous and has been part of the public record for years, Abdul-Jabbar writes that Sterling should've been shunned from the NBA and polite company long, long ago. Yet rather than continue to explain how Sterling has misbehaved in his business practices as well as his stewardship of the Clippers, Abdul-Jabbar turns instead to Sterling's mistress, whom the former NBA superstar clearly suspects of recording and releasing the damning audio.

"And now the poor guy’s girlfriend (undoubtedly ex-girlfriend now) is on tape cajoling him into revealing his racism," Abdul-Jabbar writes. "Man, what a winding road she led him down to get all of that out. She was like a sexy nanny playing 'pin the fried chicken on the Sambo.' She blindfolded him and spun him around until he was just blathering all sorts of incoherent racist sound bites that had the news media peeing themselves with glee."

Later in the piece, after describing Sterling's mistress as a "sexy nanny" who used her sexuality to manipulate a helpless old man, Abdul-Jabbar writes, "Make no mistake: Donald Sterling is the villain of this story." He then recommends Americans are sure to be "outraged that private conversations between people in an intimate relationship are recorded and publicly played. Let’s be outraged that whoever did the betraying will probably get a book deal, a sitcom, trade recipes with Hoda and Kathie Lee, and soon appear on 'Celebrity Apprentice' and 'Dancing with the Stars.'"

*An earlier version described Abdul-Jabbar as a former Clippers head coach. He was a Clippers coach, but not the head coach.