Kevin Spacey and John Travolta dance at the Bollywood Oscars 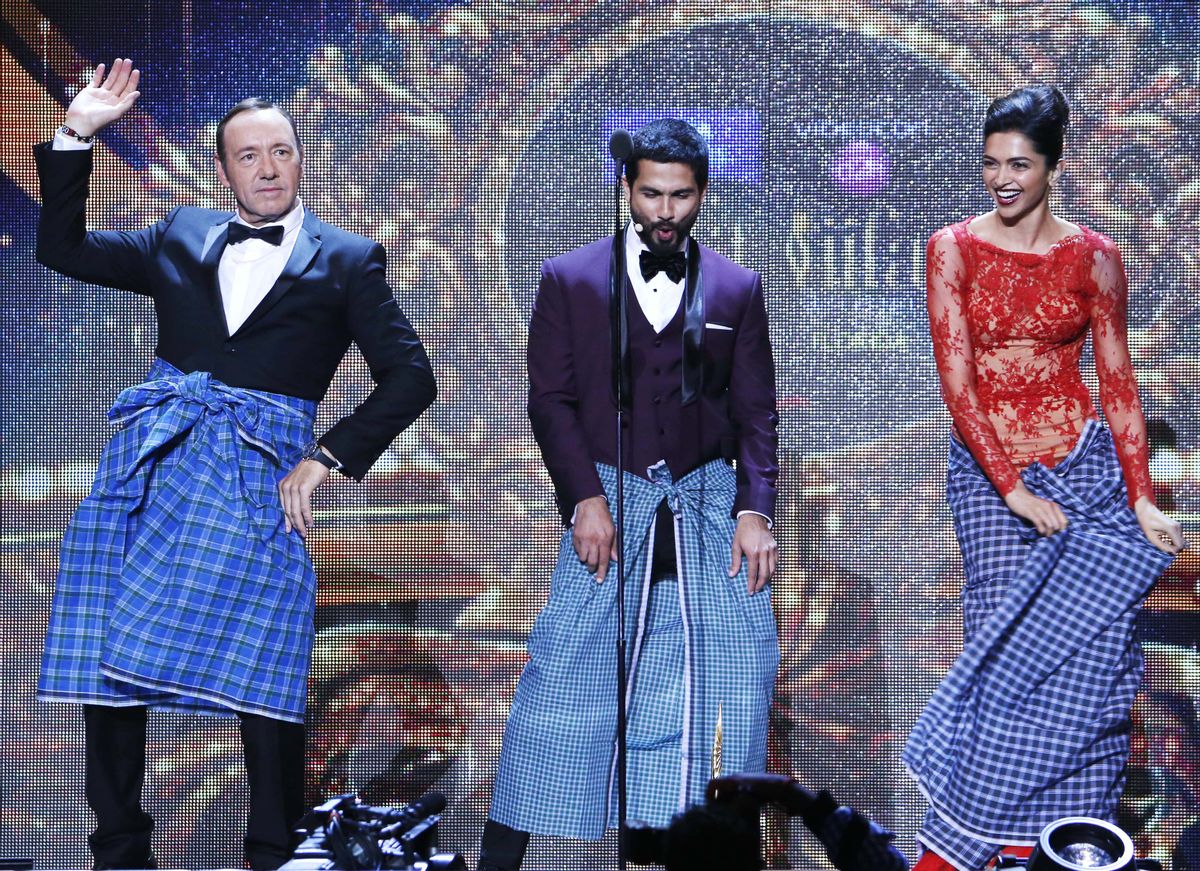 John Travolta and Kevin Spacey surprised some 20,000 guests at the 15th annual International Indian Film Academy when they took the stage to participate in Bollywood dances on Friday. The IIFA, also known as the Bollywood Oscars, is the largest film event for the world's largest film producer. Filmed in Tampa, Florida, this was the first year that the awards show took place in an American city.

Actress and former Miss World winner Priyanka Chopra pulled Travolta, seated in the front row, onstage with her. The two danced to Indian music while Travolta busted some moves from "Pulp Fiction." Travolta was honored with an award for outstanding achievement in international cinema.

Spacey took the stage to present actress Deepika Padukone, who has appeared in four films in 2013, with the entertainer of the year award. Padukone, along with actor Shahid Kapoor, then challenged Spacey to dance in a lungi (a sarong) to the "Lungi Dance," the popular song from Padukone's film, "Chennai Express."

Like all celebrity events, there was also a selfie. This one taken by actor Anupam Kher:

The show will be broadcast in June, when some 800 million people are expected to watch worldwide.