Lily Allen angers critics by dressing up as Beyonce

The pop singer defends herself against controversy, again 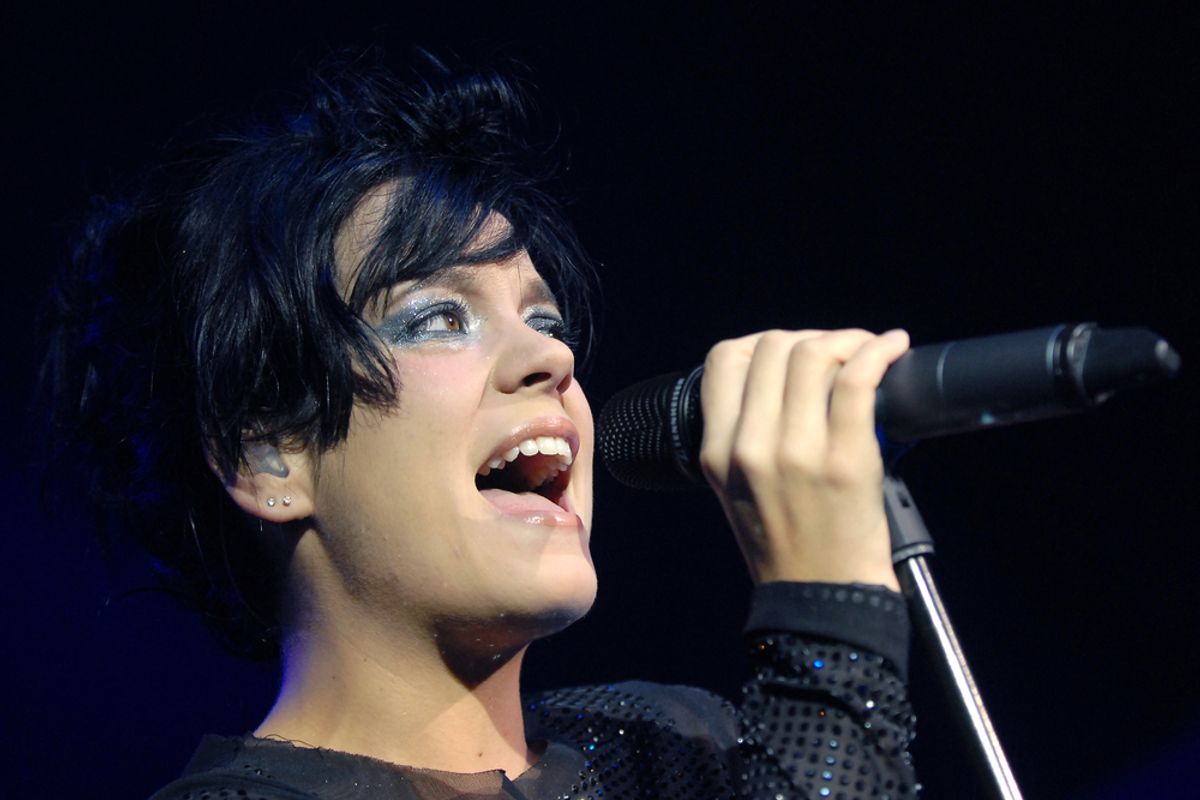 Lyrically provocative pop singer Lily Allen is again at the center of controversy, this time for dressing up as Beyonce at a recent performance at the G-A-Y Nightclub in London.

Dressed like Queen Bey in her "Drunk In Love" video, Allen took the stage and lip-synced the song after being doused with a bucket of water. One attendee uploaded a video called "Lily Allen Mocking Beyonce," which went viral as Beyonce fans took to Twitter to criticize Allen for what was considered a parody:

However, Allen defended her performance, noting that it's one of several she has done at the nightclub:

Several media outlets and personalities, including the Huffington Post and Questlove (tweet later deleted), piled on Allen. It's easy to see why her critics would be so confused: Only a few months ago, she released the music video for her feminist anthem, "Hard Out Here" -- a satirical song that denounces sexism in the entertainment industry, and yet problematically objectifies its own back-up dancers. Given the inconsistency of her video, it's hard not to wonder what statement Allen is making with "Sheezus," the album it appears in.

The title track is another feminist commentary, but, at first glance, seems to be an insult to every major female pop star in the industry. Adopting the unapologetic braggadocio of Kanye West and Kendrick Lamar, Allen name-drops several female pop singers, including Beyonce, to acknowledge their talent but to let them feel (and fear) her presence. Time's Nolan Feeney describes the track by writing, "at first, the 'Hard Out Here' singer doesn’t exactly sound like she’s full of praise (except for Lorde, who’s 'about to slay you'), but listen closely — this is no diss track." He concludes: "Is Allen about to go all 'Game of Thrones' on her competition? Judging by early previews of Sheezus, the answer is yes."

Again, critics may find Allen’s aggressive call for competition contradictory, given that Allen believes men fuel competition among women as a power play. "It's the last bit of power that men have," she said in a recent interview with Rolling Stone. "They're like, "Let's make them feel shit about each other.'"

But in "Sheezus," Allen is attempting to unite female pop singers while remaining in the sort of friendly competition that's tied to mutual respect and encouragement. She said of the song, "I want all of them to be Sheezus, and I want to be Sheezus too."

Her name-dropping acknowledges that Lorde, Lady Gaga, Beyonce, Rihanna and Katy Perry have very different but very real talents. "I don't like being put in the same category as people because we have the same genitals and boobs. Nobody is going to write 'Lily Allen vs. Ed Sheeran,'" she said. (Gaga and Allen are even huge fans of each other)

But upon the release of "Sheezus" in May, it'll be important for Allen's work to stand on its own, without an interview to clarify the message that her music is attempting to send. As the previews demonstrate, Allen's work is ambitious, experimental and thoughtful, but her satire doesn't seem to be hitting its mark just yet.