Elio García, who runs GoT's wiki, on online fan culture, HBO, and what happens if the show outpaces the books 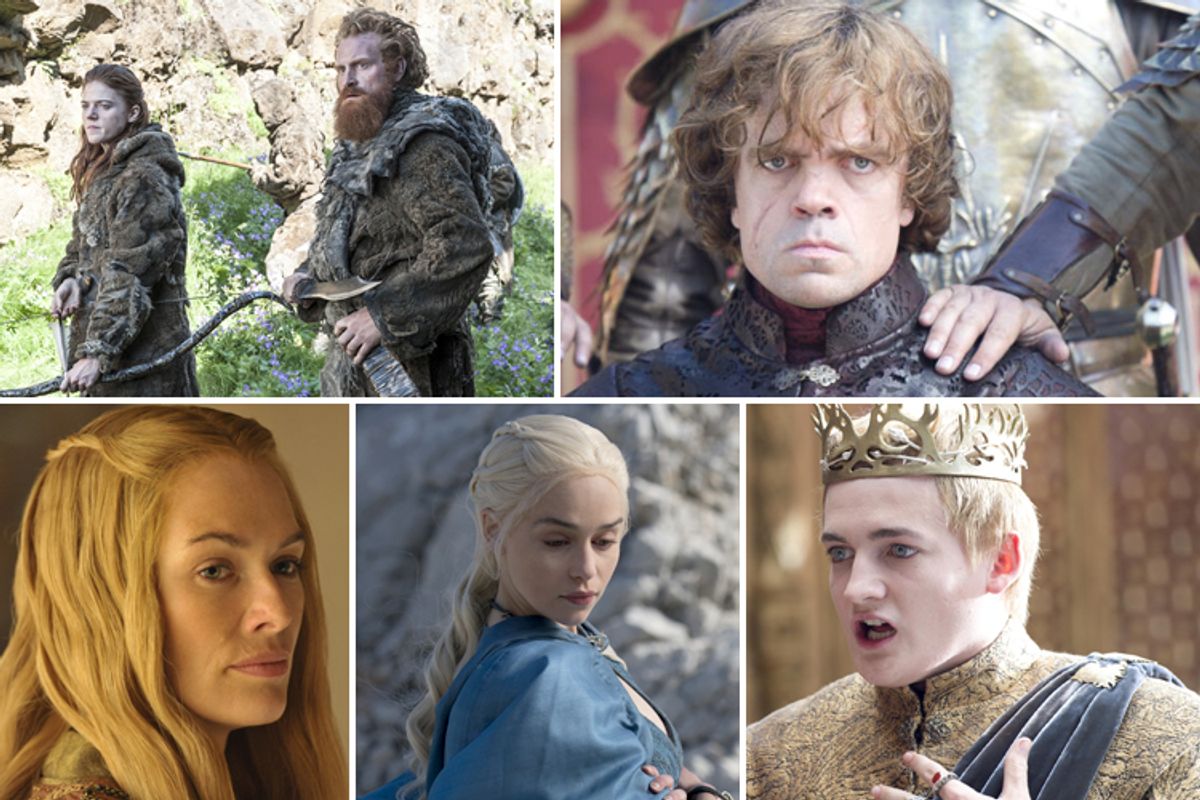 Elio M. García, Jr. is the man George R. R. Martin calls when he needs help remembering the details about his own "Song of Ice and Fire" books. At age 35, García has become the custodian of Martin's fantasy world. His site Westeros.org is the biggest online database of "Song of Ice and Fire" facts. Along with a Wiki that details each of the series's characters and locations, the site includes a forum where fans can speculate feverishly about the future of the Seven Kingdoms.

García's life hasn't changed dramatically since he launched the site in 1997. But today he consults with Martin, as well as with HBO researchers, in order to help ensure the continuity of the series. And he's currently working with Martin on a tie-in book about the history of Westeros.

How did you decide to start Westeros.org?

The second book had just come out when we really started. After I read it, for a couple of months, we were on the very first fan forum, which is actually run by an Australian on a home server that was always going down. And then [when we first launched our own site], it was one of those Geocities-type webpages.

When did you discover the “Song of Ice and Fire” books?

I was actually at the University of Miami when Linda, my partner, who is Swedish and lives in Sweden, told me about the books. I had gotten her into "Lord of the Rings." ... And then she came across George’s books when they came out in paperback in about 1996. She really convinced me to give them a try.

Is running the site your full-time job?

Well, it’s absolutely not what I, or Linda and I expected we would be doing when we fist started the site. We met on a game. A text-based role-playing game, based on Middle-earth, and we decided we wanted to get permission to get to do our own little game based on “A Song of Ice and Fire.” And Martin, being an old-time role-player, said yes. And so the website was initially going to be a resource for our players, just a little thing to share information. And then it took over, and became much more than that. It became a repository of correspondence of fans and all this knowledge that we had collected together, keeping track of news…to the point where I can barely keep up with posting news.

So especially now that the show is out, it is absolutely a full-time thing.

Tell me about your relationship with George.

He has done fact-checking. Like, [he calls] when has an idea and he wants to make sure that he hasn’t used this character before, or he hasn’t mentioned this particular detail previously, because he doesn’t want to contradict himself or trap himself.

Clearly the feedback from fans has had some impact on him.... When George reads at conventions from his unpublished work, he sometimes actually pauses and makes little notes.

He once read a chapter from the fifth novel, and in that reading, a character was executed by hanging. And under the circumstances, a lot of people said to George afterward, “George, just consider the characters involved: Wouldn’t beheading him be more truthful? Wouldn’t it have this strong thematic link.” And he agreed, so he changed it. Now, the characters start saying, let’s hang this person, and someone says: Wait a second, no no, bring me the block and I’ll cut his head off.

How did you feel when you first heard about the HBO show?

Linda and I have a really close relationship with George. He’s been very supportive of our site and so on. So when the news came out, we were as excited as anyone else. I got a chance to go to the filming of the first season on set, before anyone had seen anything. To walk into the sets and see the the tower Bran gets thrown off of, and all that...It’s amazing.

I had huge excitement and anticipation. I thought it was tremendous. I think everyone was really happy for George and that this great thing that we discovered communally, that we’ve all been sharing and discussing, is getting a much bigger audience. We didn’t understand of course, how much bigger the audience was going to be. I think it’s now surpassing "The Sopranos"' ratings. Who could have imagined that, going in?

As a longtime fan of the books, do you ever worry that the TV show has become the new canon?

Yes. For example, I mean, the stuff that we’ve done ourselves has been focused entirely on the book. We don’t try and bring in the show. It has its own continuity. We have a Wiki, which is for our community of fans, who are on our site and use our site. They are the editors of the Wiki. And I think in general we have tried to remain a book-centric wiki, but of course now that the show is out, now the media and other people will discuss what the characters are doing on “Game of Thrones.”

Has the online fan culture changed as the show has gotten increasingly popular?

I think it’s diversified. I mean back in 1998, I could count the number of fan sites on one hand. And now it’s become enormous… Our site is bigger than ever. It’s the biggest community devoted to “A Song of Ice and Fire,” and to George’s work in general, out there.

Because we’re book-centric, people who watch the show only-- it’s not that they’re not welcome, but they realize very quickly that there’s spoilers all over the place. For us, some of these details and some of the events are almost fifteen years old, ten years old. Things that are happening now on the show, it’s old news.

Somebody had a little meme that was hilarious. It was ["Reading Rainbow" host] LeVar Burton with the “Reading Rainbow” logo saying, you know, if you had listened to me, Joffrey's wedding wouldn't have been a spoiler. You would have read the book years ago.

What are the main discussion topics right now for fans of the series?

Well, George, he’s a very prolific writer, he’s writing the best he can, but it’s a big work, and he’s not quite managing, perhaps, to keep pace. And it’s still possible he’ll manage, but there’s a danger there. And so people are quite concerned.

A year from now, the shoe may be on the other foot. The show’s viewers may be the ones with information from future novels that we, the readers, don’t have.

I think I know a bit about what will happen in upcoming episodes. [Also, Martin has spoken to the show's writers, David Benioff and D.B. Weiss, about his plans for the series.] And one of the upcoming episodes looks to me like a spoiler for a future book that has not been published yet. I’m not sure. It could just be something that [HBO] created. But it's going to be very interesting to see what people say in a week or two, when they see this event.

Do you feel territorial at all about Game of Thrones fandom--like these new HBO groupies are just bandwagoners?

When you were a kid, what did you want to be when you grew up? Did you ever think about writing fantasy?

Well, when I was a kid in high-school, I read science fiction books. But Tolkien was the first. I was a junior in high-school when I read Tolkien, and that was something that blew my mind. Fantasy became a thing for me to read after that point. Especially after Linda encouraged me. For awhile I just read Tolkien, I didn’t read anything else. But I was an English and History major and I kind of saw myself going into academics. At the time I kept thinking, I should do a thesis on fantasy literature or something. [I still think about] applying for the doctorate program here in English literature... though lately it’s been very difficult to find the time to polish my applications. One of the things I love is Byron and Romanticism.

In Sweden we happen to have one of the foremost academics studying fantasy literature right now, who’s done really interesting stuff. And I actually took a class with him.

When it comes to fans, I think on the internet every single person seems to have a novel that they’re working on.

Do you feel like “The Song of Ice and Fire” series will be taken seriously in literary history?

Do I think it will become part of the canon of great literature studied at universities? No. I mean, I adore it, it’s fantastic. It’s popular literature and it deserves to be treated as seriously as any other kind of literature. But it does very different things than some of the works that want to be…challenging. It’s not the same as Márquez.

When you think about Westeros.org, what are you most proud of?

We have people who have been friends of ours, acquaintances of ours, people who now meet one another, yearly, regularly at conventions and things, who are good friends, have gotten married. Children have been born. There’ve been divorces as well. So I think about these people who have come together around this thing, who might otherwise not have ever met.