For nine months, Janet Vertesi tired to keep her pregnancy off the Internet to avoid becoming a marketing goldmine 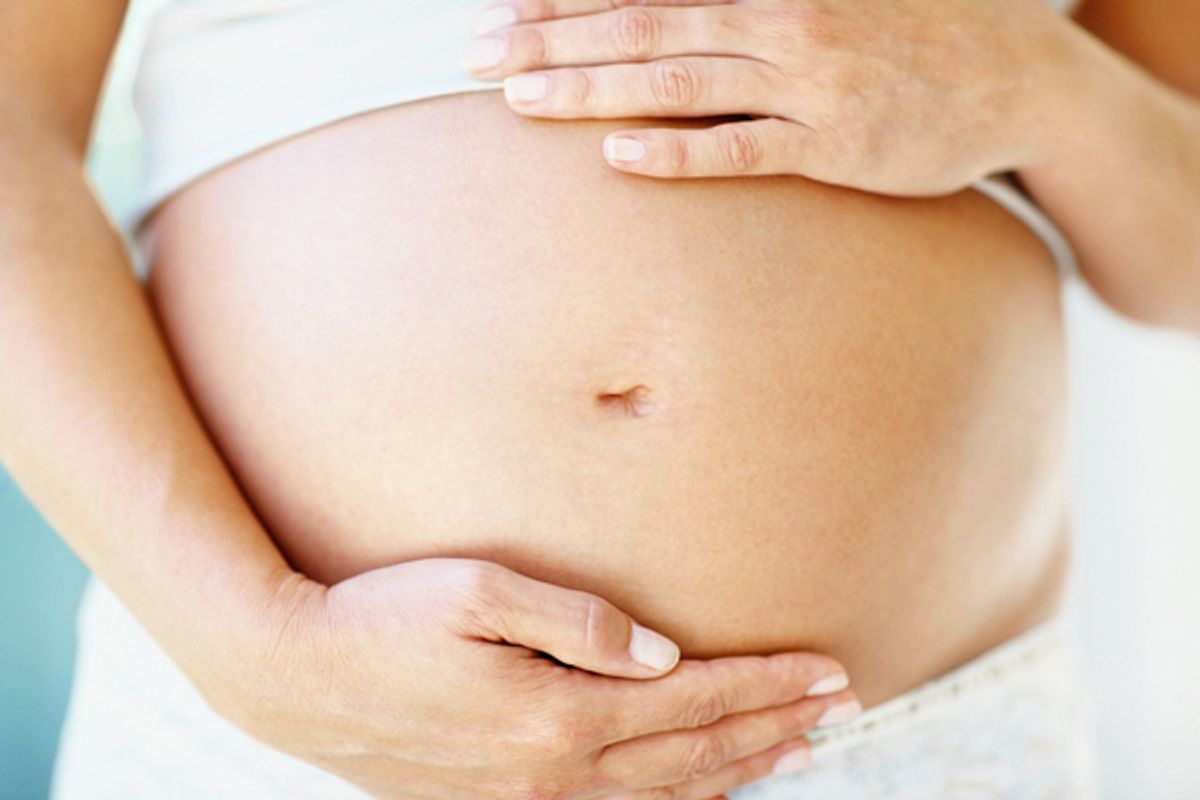 To marketers, the average Joe's online data is worth around 10 cents. However, a pregnant woman's data is worth fifteen times that: $1.50. This is what Janet Vertesi, an associate professor of sociology at Princeton, told audience members at Theorizing the Web last Friday.

Vertesi, who studies the relationship between technology, science and society, was presenting her experiment: Try and hide her own pregnancy from the Internet for nine months. Rather than be flagged as an expecting mother, tracked and subsequently pelted with advertisements (Buy this baby food! Buy these diapers!), Vertesi and her husband took painstaking measures to hide their pregnancy from the web.

"My story is about big data, but from the bottom up," Vertesi said, according to Mashable. "From a very personal perspective of what it takes to avoid being collected, being tracked and being placed into databases."

To keep her pregnancy undetected by cookies, bots and data collectors, Vertesi's first move was to keep it off social media. She announced her pregnancy via phone or personal email, and asked friends and family not to post it to Facebook. Mashable reported that Vertesi even unfriended and uncle who sent her a congratulatory Facebook message. She also had to explain to family members that even Facebook messaging -- as opposed to writing on a person's "wall" -- isn't just a private chat.

We know certain person to person online etiquette, she explained, but we don't yet know what we're held accountable for when we interact with servers.

Keeping baby-to-be off social media was only the tip of the iceberg. Preparing for the baby was another challenge. It meant not using credit cards (who may be selling her purchase history information), and if she wanted to buy something online using only Amazon gift cards purchased with cash.

She also got creative with her Amazon account: linking it with an email on a personal server, and having packages delivered to a personal locker, not her home.

"And finally, I'm actually here today to win the 'Most Creative Use of Tor' award," Vertesi said. Tor, the project that protects the anonymity of web users, is notoriously known for its popularity with internet ne'er-do-wellers. However, Vertesi apparently used it for BabyCenter.com.

Vertesi's creativity also marked her as a suspicious customer, and not just from her use of Tor. Her husband used $500 in cash to buy Amazon gift cards to be used on a stroller, and a notice at Rite Aid placard told them that the pharmacy "has an obligation to report excessive transactions to the authorities."

Vertesi says, this marks using technology -- credit cards or the Internet to make a large purchase -- has become the moral norm. To go outside the norm, like she did for nine months, was to be immoral or even appearing illegal.

The entire process is truly mind boggling, and probably would have been unnecessary only decades ago. It took all of this effort to preserve the privacy of a pregnancy and stave off companies, and advertisers who would store her every move -- and the preferences of her yet unborn child.

Vertesi also says that "technologies are making us produce data in a particular way, and to opt out isn't really an option." She also voiced that she thinks that in certain situations it is critical to be able to opt out.