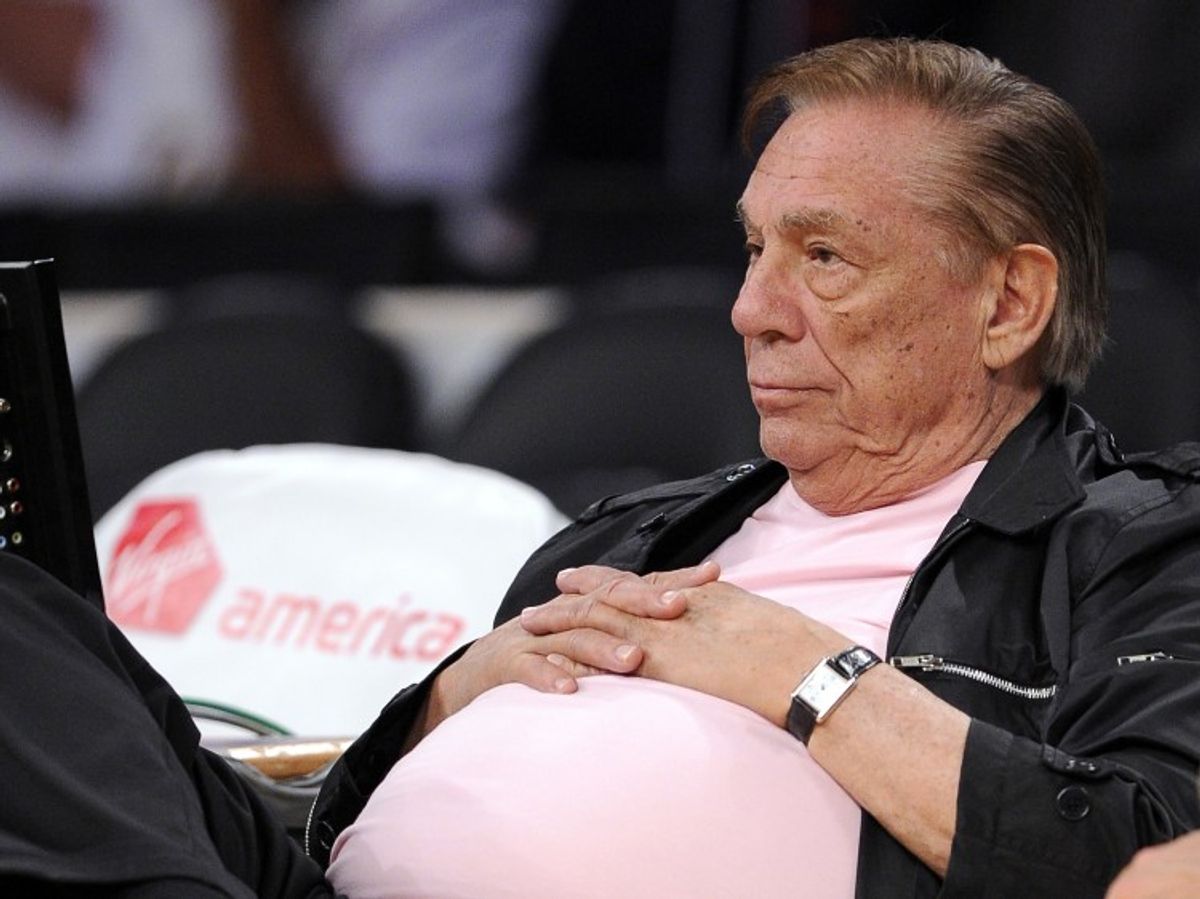 In 2012, Hinderaker penned a post for Power Line that argued President Obama was injecting "national socialism" into the U.S., an argument he supported with pictures of Mussolini and Lenin.

And now, in 2014, Hinderaker has unveiled a new classic, a long defense of Los Angeles Clippers owner Donald Sterling, whom Hinderaker says is probably not a racist — despite being caught on tape telling his mistress not to publicly associate with black people — because he's old and many of the people he employs are black. (He also says Sterling is a "reverse image of Othello," whatever that means.)

"The more you learn about the story," Hinderaker writes, "the stranger it gets." What's so strange about an aged white man treating people of color as if they were less than fully human, you ask? "What makes this bizarre is that Stiviano herself if black and Mexican, a fact that she reminds Sterling of during their argument," Hinderaker explains. "The situation is otherworldly, in that Sterling seems not to have noticed that his own girlfriend is black."

Indeed, throughout American history, there is no real precedent of a white man being racist while at the same time having sexual relations with a woman of color. (This is especially true if we pretend that Thomas Jefferson never existed.)

Having determined that there is no possible way to understand or explain how Donald Sterling could like having sex with a young, attractive woman of color while simultaneously being an odious bigot, Hinderaker concludes that, really, this is a story of a poor old man being chewed up and spit out by changing political times and opportunistic left-wingers.

"So Donald Sterling emerges as a pathetic figure," Hinderaker writes, "a reverse image of Othello, a doddering old man with a young black mistress who cheats on him." (Sterling is married.) With evident discomfort, Hinderaker notes that Sterling, despite being a billionaire, "makes precious little sense on the tape(s)." Of course, since someone's intelligence can always be measured by looking at their net worth, this is not a ridiculously stupid thing for Hinderaker to write.

After attacking President Obama for answering a question he was asked about Sterling's remarks, Hinderaker goes on to write that the Sterling controversy is proof that "we don’t have much in the way of actual racism or discrimination to talk about (not against African-Americans, anyway), so we have to make do with this kind of petty, personal revelation."

But according to Hinderaker, this lack of evidence of true bigotry will not deter the left. "The political motive to make Donald Sterling the poster boy for 21st century racism is obvious," Hinderaker writes, "but is he actually a racist?" He continues, "I have never met the man, but it doesn’t seem probable. He owns a basketball team on which 12 of the 14 players are black. The coach is black. Sterling has black friends ..."

Ultimately, Hinderaker concludes, "It is telling that this domestic upheaval between an aging billionaire and his gold-digging, disloyal mistress represents the best the Left can come up with to support its claim that racism and the 'legacy of race and slavery and segregation' are alive and well."

"As for Sterling," Hinderaker sighs, "he is merely collateral damage."