The premiere of "Last Week Tonight" was caustic, mean and, more than anything, random 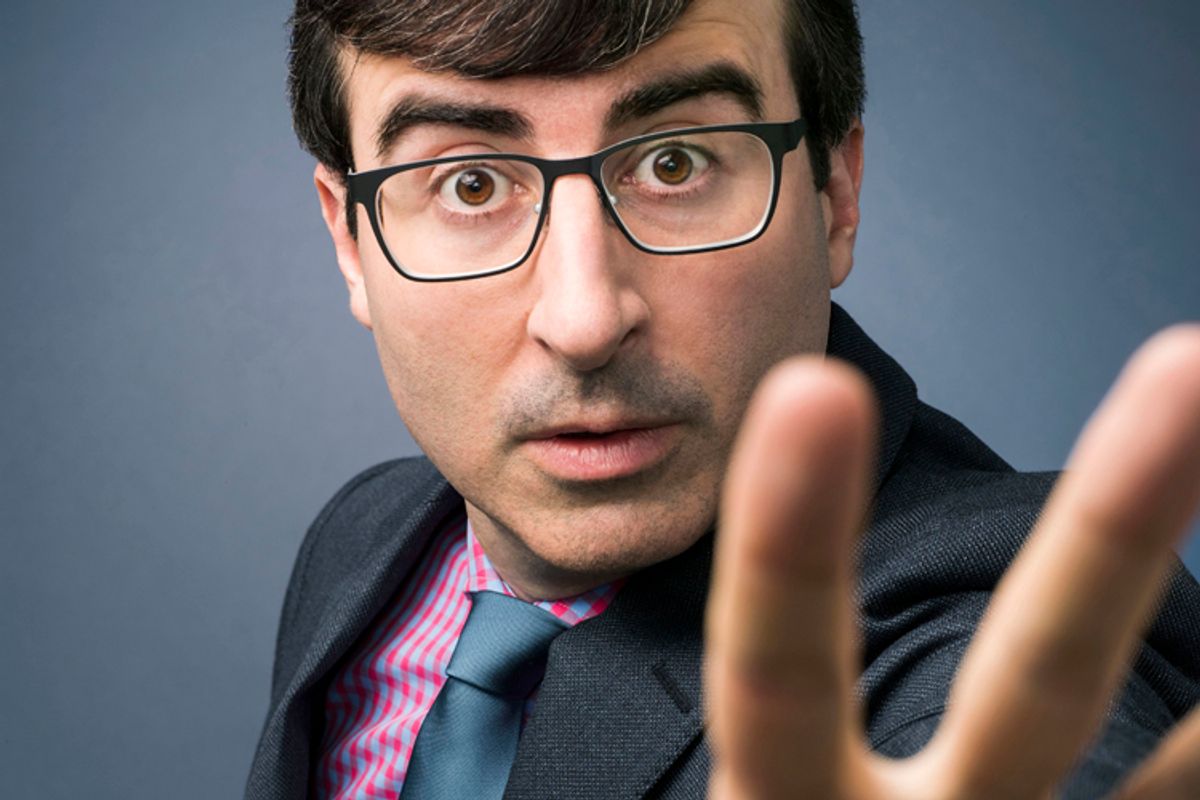 Constrained within the framework of "The Daily Show," which he guest-hosted last summer, John Oliver offered a refreshing change of pace -- more wry, innovative and self-aware than Jon Stewart. It was only a matter of time before Oliver got his own show. But, with the first episode having already aired, "Last Week Tonight With John Oliver" is far from whatever potential fans of Oliver saw in his "Daily Show" gig.

The problem is structural, at least in part. "Last Week Tonight" is yet another series that takes the form of a fake newscast, this one a weekly summation of the news. But commenting on a week's worth of events requires vastly more curation than remarking upon the news cycle each day, when there's room for more or less everything that's happened.

Oliver seems to want to be distinguished by what he doesn't include. He deals only briefly with two notable racists in the news, Cliven Bundy and Donald Sterling, as well as with the canonization of two popes. There's no systemic critique here, no larger conceit to his treatment of Bundy or John Paul II other than remarking that they were literally in the news. And the punch lines, quickly tossed-off, didn't all land: Calling Donald Sterling a "walking 'Before' photo" was too random to justify the joke's cheap shot, and noting that the double canonization was "the papal equivalent of a KFC Double Down" was 2010's best joke.

There's no real point of view to "Last Week Tonight" other than free-floating rage, directed at literally whatever. The more ambitious segments of "Last Week Tonight" included Oliver staging a parody of a disgustingly twee Oregon ad for Obamacare exchanges -- finally, someone brave enough to take down the Oregon ads for Obamacare exchanges! -- that concluded with Oliver lambasting "you stupid Oregon idiots!"

Oliver seems angry at his audience, too, showing news anchors discussing the 2016 election and then announcing, "Who gives a shit?" and asking why Americans don't pay attention to the Indian elections. Jeez, Dad! But if Oliver really thinks it's so shameful that the media isn't covering India, shouldn't he give us more than "Slumdog Millionaire" jokes (really) and mocking a candidate's pledge to build toilets for his constituents? Oliver isn't conspiratorial -- he's adversarial, telling us exactly why things are stupid. People care more about Chris Christie than India, say; Pop-Tarts are mislabeled. "Fuck you," he announces to Kellogg's. Incisive stuff!

The show's strongest segment was Oliver's interview with former NSA director Keith Alexander, if only because putting Oliver in the room with another person compelled him to dial back his superciliousness. Oliver asks Alexander to tell him whether the NSA has an image problem, "keeping in mind that the answer is yes" and tells him that the Washington Redskins have "a slightly less tainted brand than yours." A topic of real consequence (unlike a specific ad airing only in Oregon) and an attitude that manages to be edgy without just sputtering and swearing -- this is what "Last Week Tonight" could be, if it manages not to get hamstrung by his format. If it must be weekly, and thus a big-picture analysis to which Oliver doesn't yet seem suited, "Last Week Tonight" could import another "Daily Show" staple: correspondents. Someone has to get next to Oliver's desk in order for his particular energy to shine. Absent any modulation in the show's tone, though, I'll be happy this show only airs once a week.