The "Morning Joe" host dismissed CNN as a "punch line," but his own show doesn't fare much better on Comedy Central 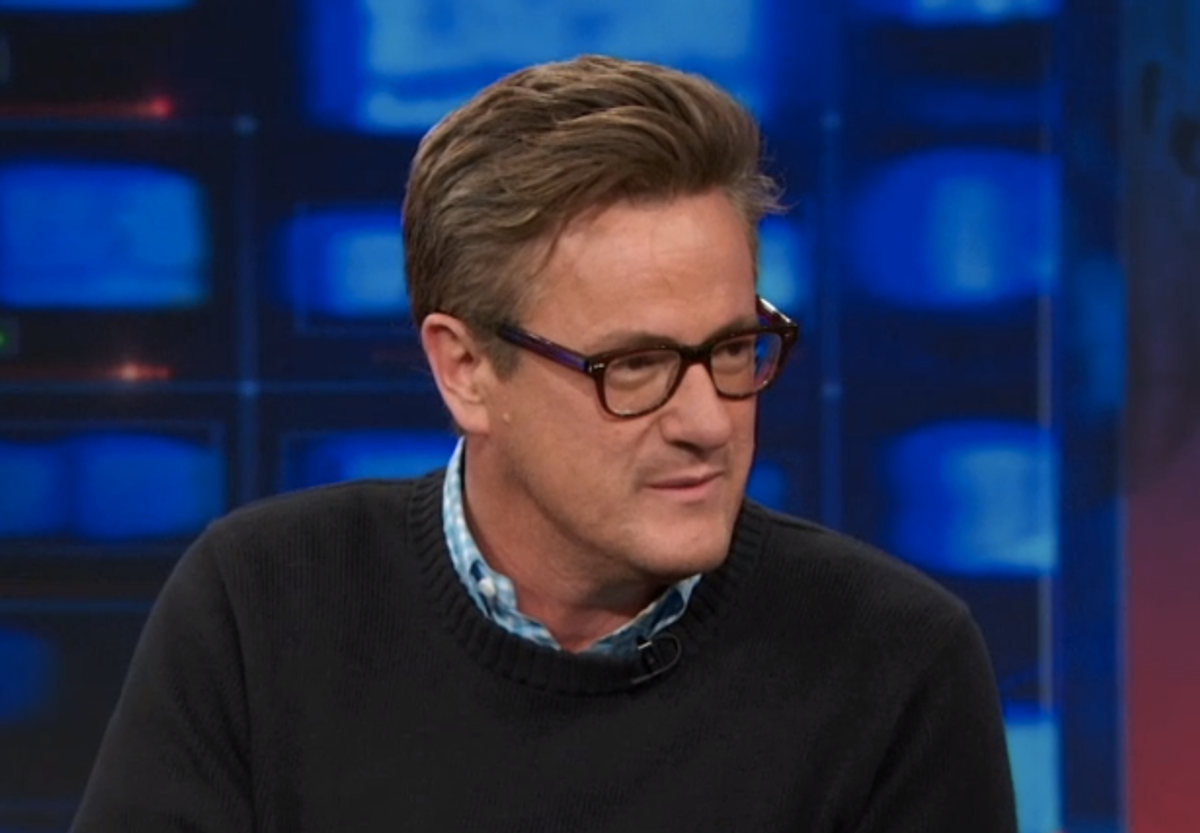 "Morning Joe" host Joe Scarborough is confident that his morning news program on MSNBC will continue "covering hard news" despite a recent report that the network's ratings are slipping, and that, for the second consecutive month, CNN's "New Day" has beat "Morning Joe" in viewership. Scarborough dismissed CNN, telling the New York Times that the network has become a mockery thanks to the "Daily Show":

“CNN has made itself a punch line on the ‘Daily Show’ for its phony breaking-news headlines and breathless coverage of random ocean debris,” Joe Scarborough, the anchor of “Morning Joe,” said. “ ‘Morning Joe’ topped CNN in the first quarter by covering hard news, just as we have for the past five years. We will do the same in the future and won’t be distracted by ‘X-Files’ cable news programming.”

While this may be true, Scarborough must have forgotten that "Morning Joe" is also a long-running punch line on "The Daily Show." It was only a month ago when Samantha Bee performed a 6-minute, one-woman scene devoted to the program, describing "Morning Joe" as a "family" that puts its own agenda ahead of anything else.

“My ‘Morning Joe’ family may fight and bicker and star-fuck like nobody’s business," Bee said, "but when the chips are down for one of our powerful friends, we pull together to attack anyone who questions them. Because that’s what morning news shows do.”

It's also a funny thing for Scarborough to mention considering that Jon Stewart has called him "a token from the other side of the aisle" and "a good-hearted yet somewhat hapless fellow who exists purely to give drunks in bars a name to shout out when they're in arguments over your network's ideological purity," as he did in 2009:

Oh, remember when Stewart insinuated that "Morning Joe" was the "whore" of cable news television, because of its sponsorship by Starbucks?:

And that the "Daily Show" devoted an entire segment mocking the "Morning Joe" host, who called Stewart a "very, very angry man" who suffers from a Napoleonic complex?:

"Morning Joe" has even had the honor of ending the show with its "Moment of Zen" segment five times:

(Perhaps Scarborough also forgot that he was a staple on the show's "Great Moments in Punditry ... As Read By Children" segment in 2005, when he hosted "Scarborough Country"?):

So while CNN may be a "Daily Show" punch line, it certainly isn't the only one, Mr. Scarborough!