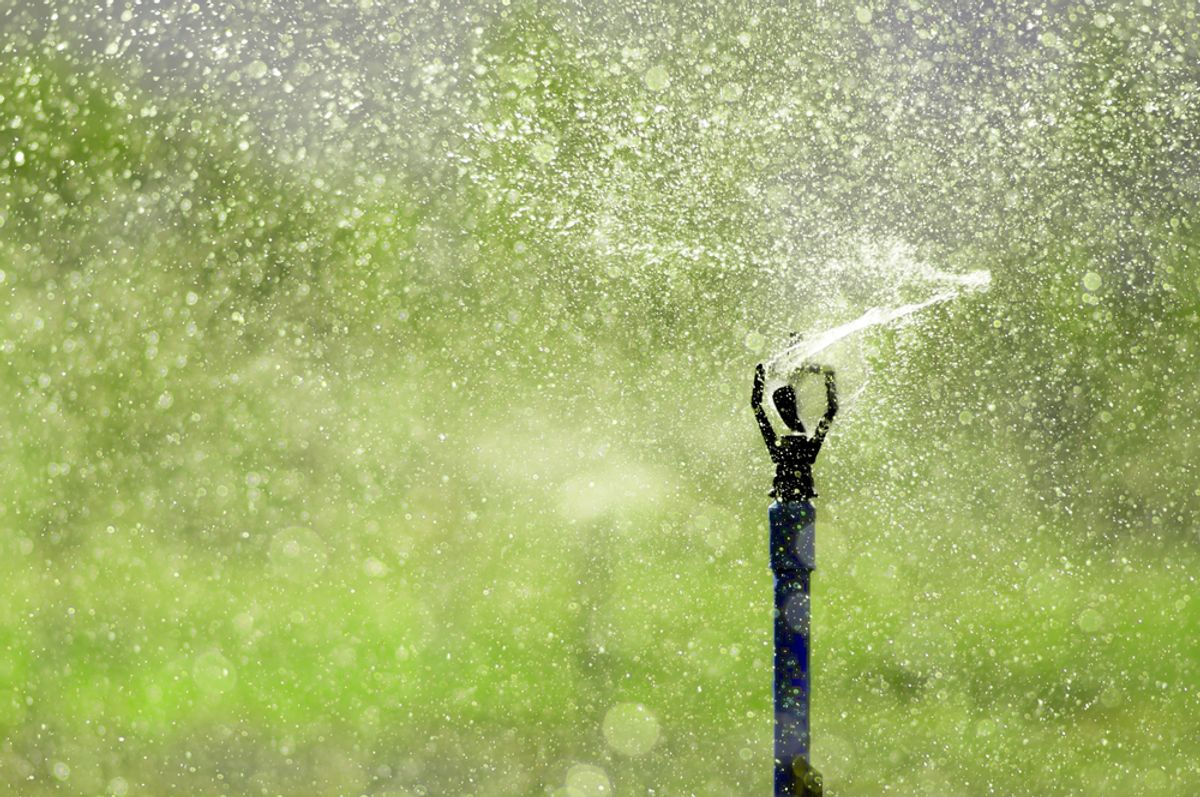 So here's what factory farms are up to these days: They're using commercial sprinklers to spray animal manure over fields. That's right -- they are literally spewing a bunch of shit into the air.

The Wisconsin Center for Investigative Journalism reports on the growing (yes, it's growing) practice:

Life for the Murrays, along with other Wisconsin families, has been disrupted by the relatively rare practice in Wisconsin of using water irrigation systems to spray liquid manure on farm fields.

Now the issue has taken on new urgency as more large dairy farms consider using the practice. A work group formed by the state Department of Natural Resources and run by the University of Wisconsin-Extension is completing a study and beginning to weigh whether to toughen regulation of manure irrigation. Its initial report is due out by fall. The practice is regulated under current law with restrictions on spraying too close to homes and wells.

Some research suggests that the plethora of chemicals and pathogens found in liquid manure can have serious health impacts, ranging from respiratory disease to potentially lethal antibiotic resistant infections. Opponents fear wider use of manure irrigation will increase the risk of human illness and drinking water contamination.

Critics also question the ability of the DNR, relying mostly on citizen complaints and self-reporting by the huge dairies, to adequately regulate a practice that has already been shown to pollute waters and drive people from their homes.

“Admittedly, on its face it sounds like a bad idea,” Ken Genskow, an associate professor at the University of Wisconsin-Madison, said. “It’s an issue people make up their minds about before they know everything about it.” Genskow and others argue that spraying manure is both cheaper and better for the environment. But in North Carolina, where 95 percent of hog farms subscribe to the practice, state officials were compelled to step in and impose bans and stricter regulations after it led to fish kills and other pollution problems.

The above-mentioned Murrays, it should be noted, made up their minds because the liquid manure spray was entering their home. "It hurt so bad even to breathe," Scott Murray told Wisconsin Watch.