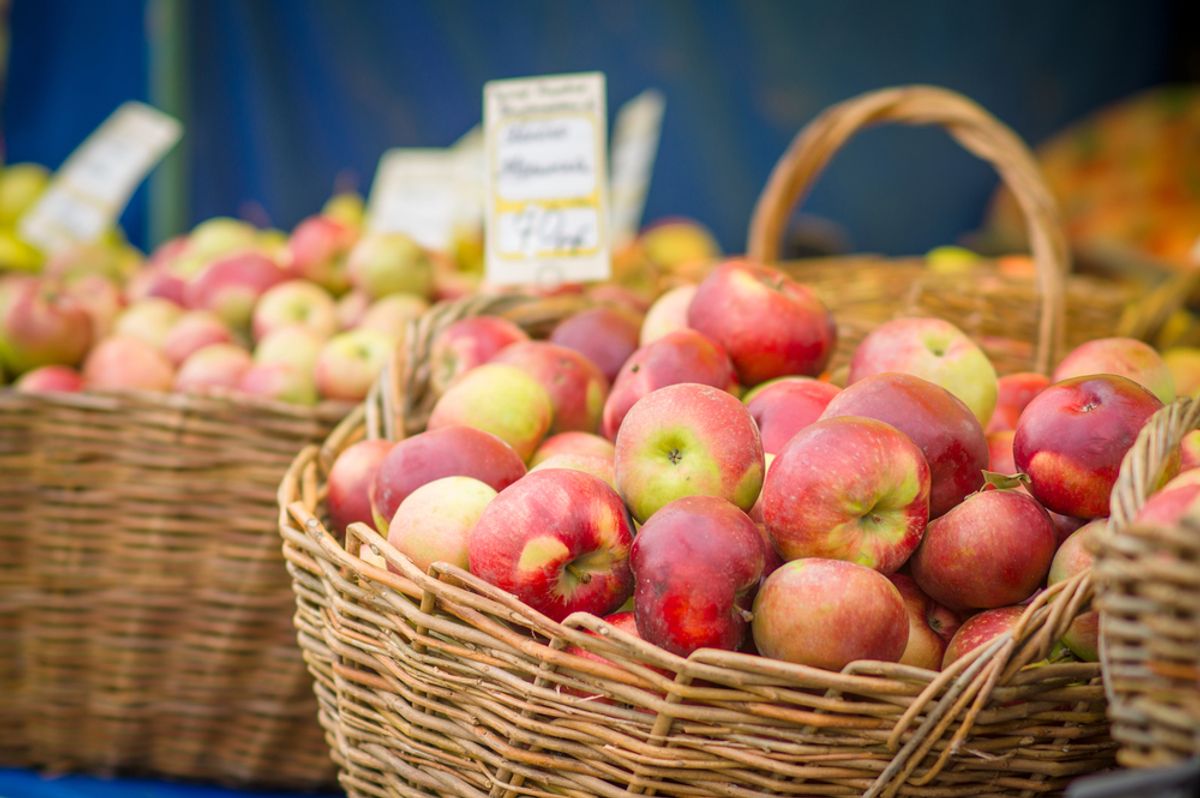 The Environmental Working Group is out with its annual "Dirty Dozen" list: a ranking of the conventionally grown fruits and vegetables that, based on an analysis of 32,000 samples tested by the USDA and the FDA, are most likely to be contaminated with pesticides.

Controversy abounds, however, over whether or not higher pesticide levels translate to a safety risk: the USDA, in its own annual pesticide report, found, as in years previous, that “U.S. food does not pose a safety concern based upon pesticide residues.” While "it’s true that most samples meet legal limits every year," the EWG countered, "legal doesn’t always mean safe.”

There do remain doubts about the safety of pesticide residues, most notably in apples. In the United States, conventionally grown apples are commonly treated with DPA  -- a chemical that the European Union, citing safety concerns, banned. More recently, the EU also strictly limited the amount of DPA allowed on imported apples -- and since U.S. apples average four times the European limit, that means American apples are effectively banned from Europe. Citing this alarming fact, the EWG last week petitioned the EPA to halt its use of DPA on apples until more research is done. Reuters reported on the uncertainty surrounding the chemical:

The EPA is required under the federal Food Quality Protection Act to conduct a scientific assessment of pesticides every 15 years. But the Environmental Protection Agency has not looked at DPA since the late 1990s.

In its last report, the EPA said DPA was "not likely" to be carcinogenic, but said diphenylnitrosamine - an impurity of technical grade diphenylamine - was classified as a probable human carcinogen based on increased incidence of bladder tumors in rats. The agency also expressed concern about the "structural relationship to carcinogenic nitrosamines."

The EPA said in a statement that its evaluation in 1997 found "reasonable certainty of no harm" and added that if new evidence challenges the safety of DPA, it will take action.

Critics also argue that the EWG's list sends the wrong message to consumers by prioritizing trace amounts of pesticides over the demonstrably great benefit of eating more fruits and vegetables, the organic versions of which aren't always available or affordable to consumers. EWG, for the record, agrees that “eating conventionally-grown produce is far better than not eating fruits and vegetables at all.” However, it contends that consumers have the right to know when they might mitigate any potential risk by buying organic. And unsurprisingly, apples top this year's list of conventionally grown produce to consider avoiding:

And, on the other end of things, here are the "clean 15" -- the ones that, even when not organic, the group says host the fewest chemicals:

The full report can be read here.