Webb Hubbell, novelist and Whitewater figure, on Hillary: "She'd be a terrific president"

The Rose Law Firm personage is back, post-indictment, with a novel called "When Men Betray" 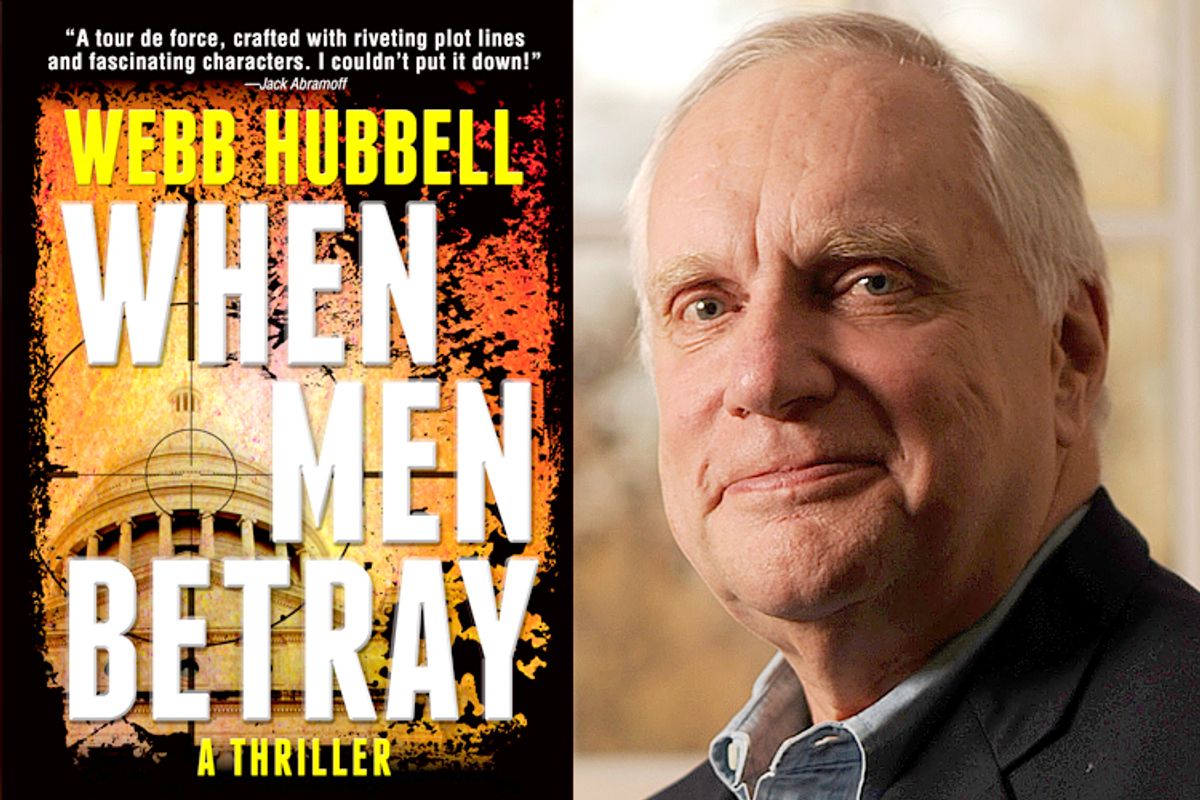 Webster "Webb" Hubbell is exactly the sort of the figure the Clintons must wish was no longer on the scene -- a key figure in the miasma of rumors that made the early years of the Clinton presidency more like an episode of "The X-Files" than "The West Wing." Hubbell, a onetime partner at the Little Rock Rose Law Firm (which also employed Hillary Clinton and Vince Foster), was sentenced to prison for overbilling clients in 1995, a casualty of the scrutiny surrounding Clinton associates during the Whitewater scandal; before that, he'd been associate attorney general for Arkansas and mayor of Little Rock.

A years-long legal battle, including multiple indictments and investigation by independent counsel Kenneth Starr, followed, and Hubbell hasn't necessarily gotten his good name back in some corners of the media. Any coverage of Hubbell's new novel, the thriller "When Men Betray," is necessarily going to feature allusions to Hubbell's past even before the plot, about a lawyer, the evocatively named "Jack Patterson," who returns to Little Rock to investigate the murder of a senator. Southern-style barbecue is served.

"It’s fiction. It’s not about the Clintons. I think if you read it you can see it’s fiction," Hubbell said. "But it was drawn from not just the Clintons, but my years of experience with politics in Arkansas."

Hubbell's health problems, not a burning desire to spill Arkansas-politics tea, prompted his career change: "I think there is a novel in all of us. And I don’t know if you've seen my background. About almost four years ago now I had a transplant, liver transplant. And we decided then to move to Charlotte, and kind of start over again." He says he wrote for hours a day, and hopes for a sequel.

But just because his book's not a roman à clef about the Clintons doesn't mean he doesn't have an opinion about Hillary Clinton's potential 2016 run. Asked if she should run for president, Hubbell replied: "I hope she does. I think she’d be a terrific president. It might not be in her best interest, but I think it would be in the country’s best interest."

He's lost contact with the Clintons: "When I got in trouble I had to kind of back away. She’s been involved in politics and I haven’t and that’s one of the prices I’ve paid for my own mistakes." But just see if that stops World Net Daily from dredging up Whitewater yet again. 2016 will be fun!