What the massive tornado outbreak looks like from space 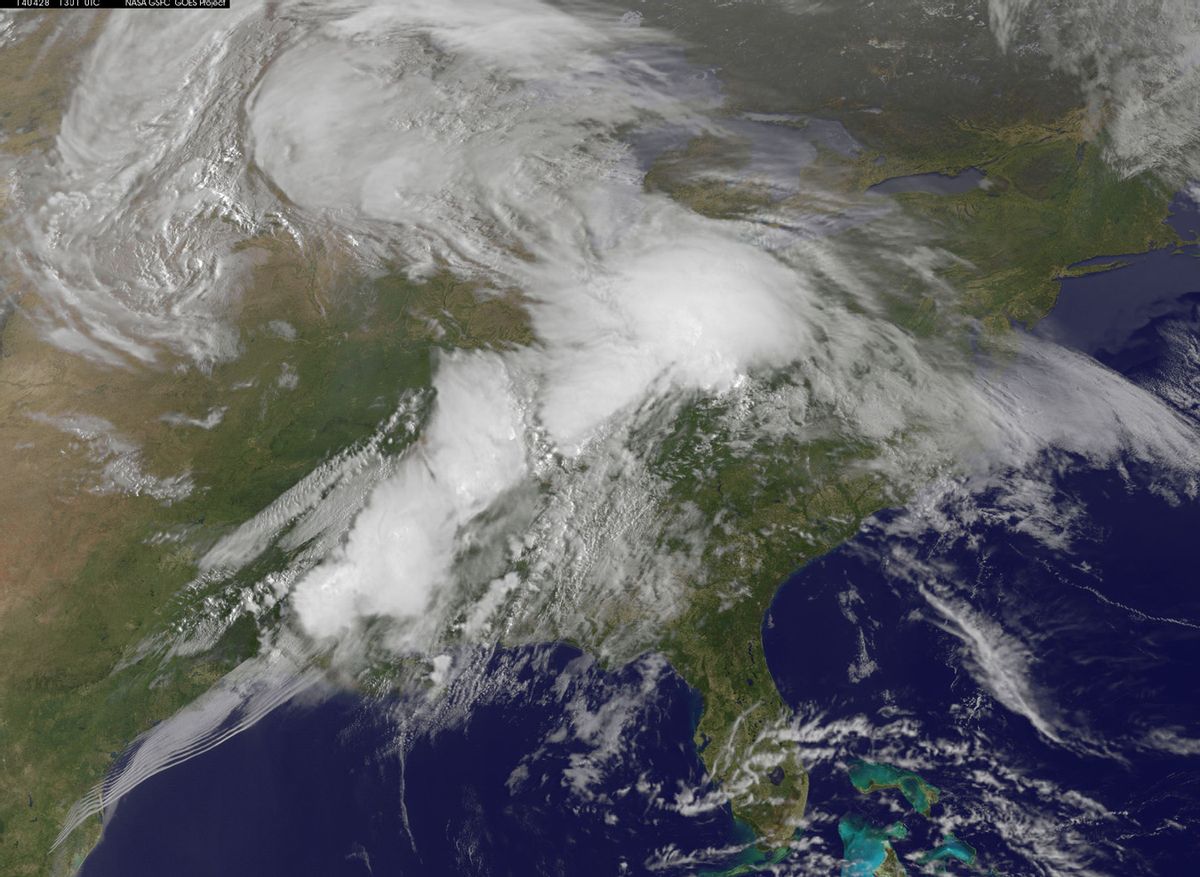 A relentless storm system is continuing to make its way across the U.S.; so far, it's claimed at least 28 lives and left a path of destruction in its wake. And the worst may not be over: a full 75 million Americans, or about a third of the country, is threatened by extreme weather Tuesday, according to CNN.

On the ground, strings of powerful tornadoes flattened neighborhoods throughout the Midwest, leaving behind scenes of utter devastation:

For a pulled-back perspective, NASA posted this animation capturing one of the most severe two-day tornado outbreaks of the past decade. Officials counted 31 twisters on Sunday, NASA notes, and one, reportedly half-mile wide tornado that touched down near Little Rock, Arkansas, stayed on the ground for nearly 80 miles.