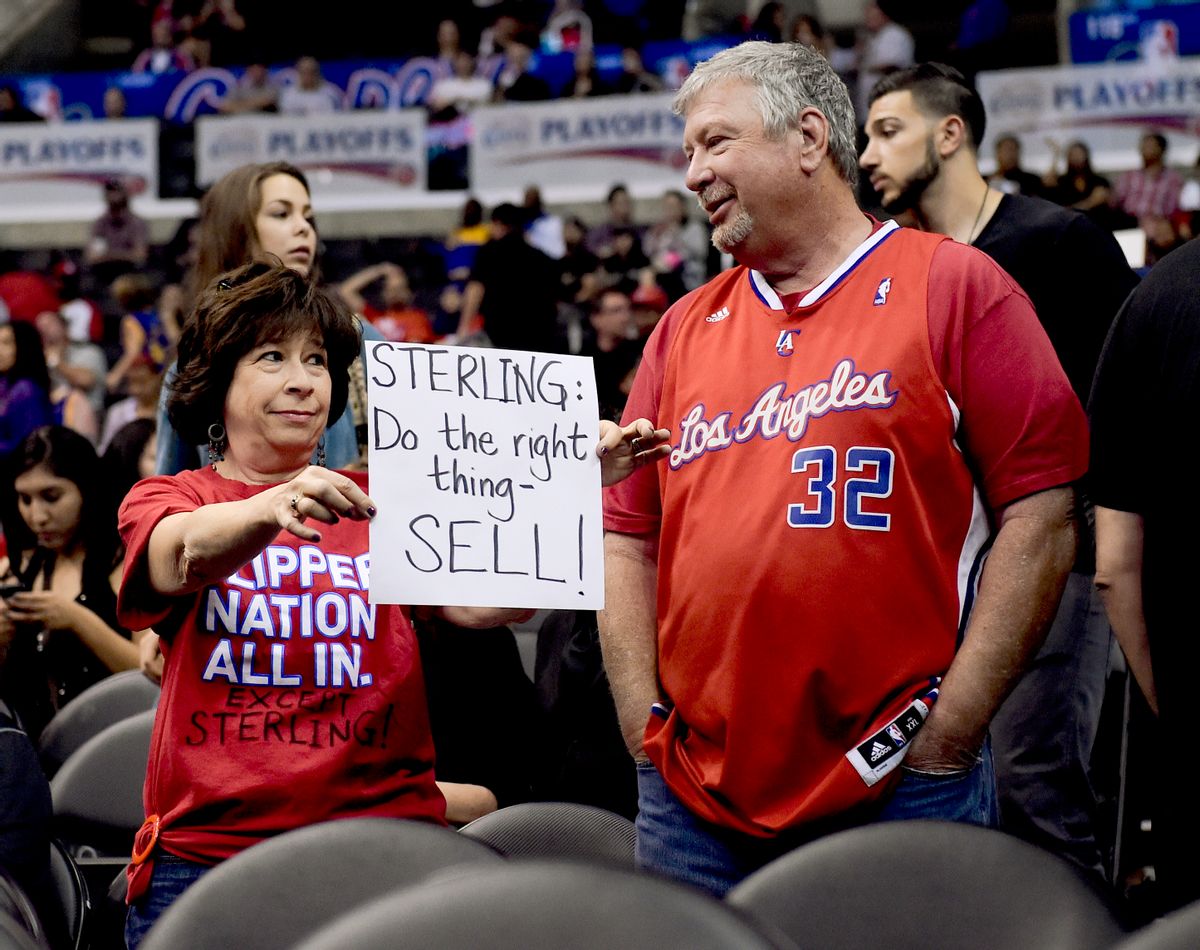 Poetic justice was served on Tuesday night at Game 5 of the Western Conference quarterfinals between the Los Angeles Clippers and the Golden State Warriors -- and everyone in attendance could feel it. The Clippers, who hours earlier witnessed the NBA ban their owner, Donald Sterling, for life after making racist comments, received a standing ovation. Fans held up signs that read, "We Are One," the motto adopted by the NBA to show solidarity for the powerful decision delivered by NBA Commissioner Adam Silver on Tuesday.

The reception almost brought player Chris Paul to tears. In a post-game interview, Paul said, "I'm an emotional person. So running out for warm-ups, it took everything not to break down. That is something I will never forget forever."

Had Sterling's punishment not been severe enough, the Golden State Warriors were prepared to boycott the game:

Rev. Jesse Jackson was in attendance on the historic night:

As was Sterling's wife, Shelly, who requested permission to attend and was protected by six bodyguards:

As the Clippers continue in the playoffs, the NBA owners face another decision: Do they force Sterling to sell the team?