Family: Vet said dog had to be euthanized, instead secretly kept it alive for blood transfusions 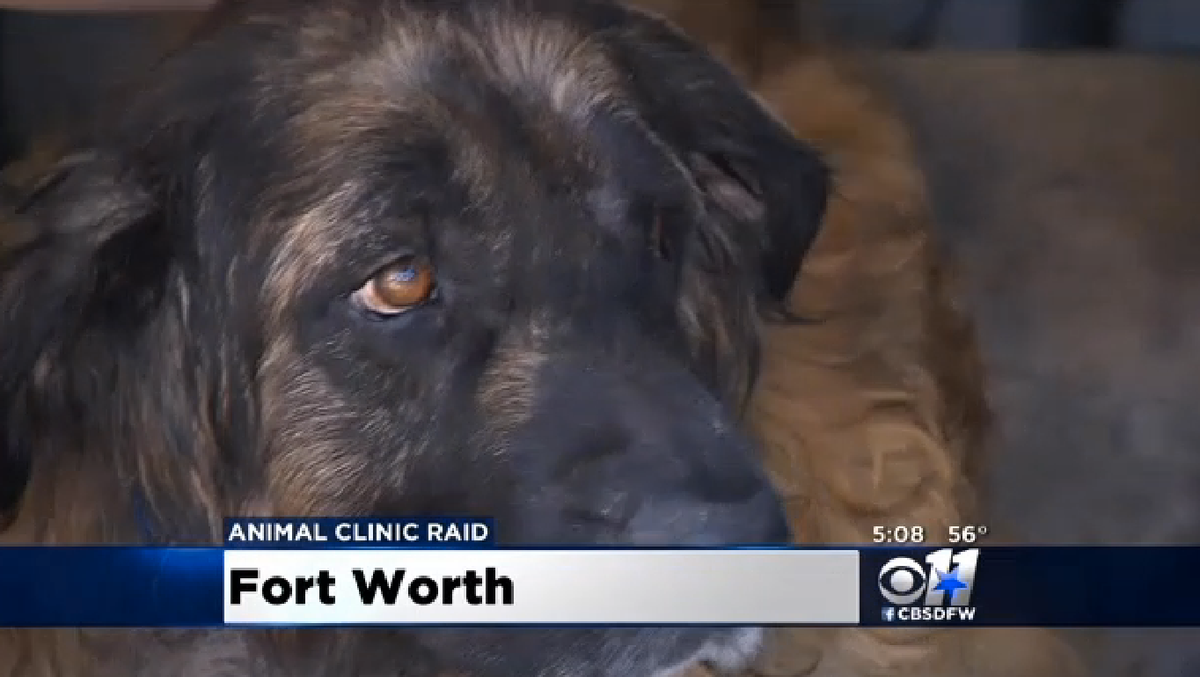 What's worse than finding out your beloved pet dog is dead? Finding out that your vet only told you the animal was being euthanized, but instead kept it alive in a feces-filled cage and used it for blood transfers, perhaps.

Authorities raided a Fort Worth, Texas, veterinary clinic Tuesday after a family accused the practice of doing just that. Jamie and Marian Harris say Lou Tierce, a longtime veterinarian, told them that their 5-year-old Leonberger, named Sid, had a congenital spinal defect and needed to be put down.  The Texas Star-Telegram reports on the ensuing nightmare:

Six months later, on April 21, Harris said she was “shocked” when she got a call from a former veterinary technician at the clinic, telling her that Sid was still alive. The employee told Harris that she quit that day because she could no longer work in a clinic where the animals were mistreated.

The employee told Harris that Sid spent almost 24 hours a day in a cage, littered with his own feces and urine, and that he had been injured by another employee.

Jamie and Marian Harris described how they drove to the clinic and while two friends guarded the front and back doors as her husband distracted the receptionist, Harris went to the back, found Sid in a cage and rescued him.

Tierce came outside, according to the complaint, and explained that he had not euthanized Sid because some of his employees had threatened to quit if he did.

The Harrises left with Sid and took him to another veterinarian, who told them that it appeared Sid had been tapped for blood transfusions.

Jim Eggleston, a Weatherford attorney who is representing the Harris family, said allegations have surfaced that more dogs and cats — some with serious illnesses — were being kept alive for blood transfusions and other experimental treatments.

“You have a vet keeping dogs under false pretenses,” Jim Eggleston, the Harris family's attorney, said, adding that allegations have surfaced of more dogs and cats suffering the same treatment. “You have family pets that people thought were cremated or put down peacefully that may still be alive."