GOP's voter ID sham shot down: Why a federal court said no way

For the first time, a photo ID law is struck down under section 2 of the Voting Rights Act. Here's why that matters 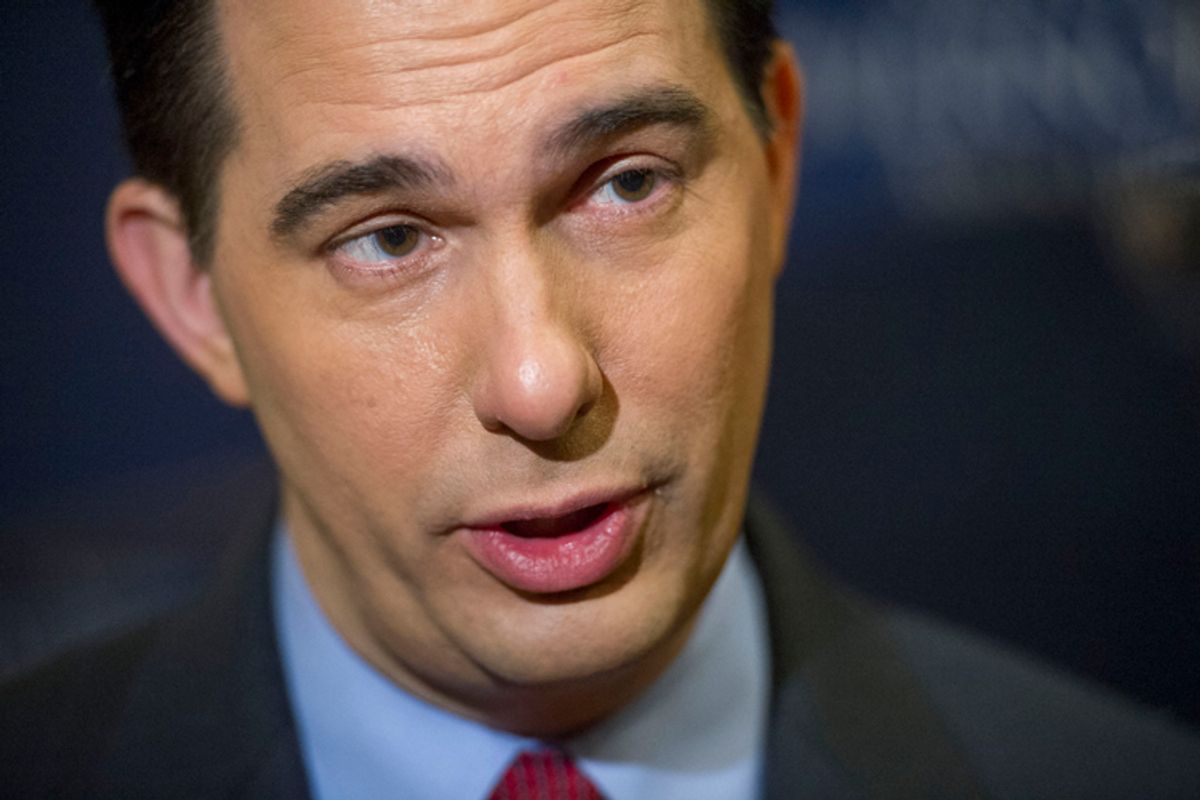 Very big news out of a federal court in Wisconsin, where the state's polling place Photo ID law (Act 23) has now been struck down as both a violation of the federal Constitutional as well as under Section 2 of the Voting Rights Act.

While similar laws, all enacted by Republicans, have been struck down by state courts before --- indeed, Wisconsin's, was already found in violation of the state constitution in state court --- and in federal courts under Section 5 of the Voting Rights Act, today's ruling is the first to strike down such a law under Section 2 of the VRA.

The landmark ruling will almost certainly have national implications for federal challenges in other states against similar restrictions recently enacted by Republicans.

Last summer, the U.S. Supreme Court gutted the heart of the VRA by making Section 5 unenforceable until Congress passes new legislation to determine which jurisdictions must pre-clear new elections laws with the U.S. Dept. of Justice before they are put into effect, due to a history of racial discrimination in elections in those jurisdictions. Section 2, however, bars discrimination in all 50 states, even though, unlike Section 5, it cannot be applied until after the new law in question goes into effect.

Judge Lynn Adelman's ruling [PDF] Tuesday, finding Wisconsin's version of the law discriminatory and in violation of both Section 2 and the 14th Amendment of the federal Constitution, is likely to have an impact on federal challenges to similar laws in states such as Texas and North Carolina, where federal cases are pending to block similarly discriminatory polling place restrictions.

Moreover, the judge placed the racial and class discrimination and disenfranchisement that would be caused by this law in stark terms, in regard to how many otherwise legal voters in Wisconsin might lose their right to vote, and how such a law might have directly affected the results of the state's 2010 election, had it been place at the time...

Wisconsin federal district court Judge Lynn Adelman ruled today that the state's voter ID law, which was temporarily enjoined in 2012, violated the 14th amendment and Section 2 of the Voting Rights Act. Judge Adelman found that 300,000 registered voters in Wisconsin, roughly 9 percent of registered voters, lacked the government-issued ID required by the state to cast a ballot. "To put this number in context," Adelman wrote, "in 2010 the race for governor in Wisconsin was decided by 124,638 votes, and the race for United States Senator was decided by 105,041 votes. Thus, the number of registered voters who lack a qualifying ID is large enough to change the outcome of Wisconsin elections." The voter ID law had a clear discriminatory impact, the judge found. "The evidence adduced at trial demonstrates that this unique burden disproportionately impacts Black and Latino voters," Adelman wrote. Data from the 2012 election "showed that African American voters in Wisconsin were 1.7 times as likely as white voters to lack a matching driver's license or state ID and that Latino voters in Wisconsin were 2.6 times as likely as white voters to lack these forms of identification."

Reading his opinion, it seemed as if Judge Adelman were directly addressing the "colorblind" ideology of Chief Justice John Roberts, who has argued that voting discrimination is largely a thing of the past and that consideration of race to remedy past discrimination is, in and of itself, discriminatory.

Berman goes on to describe Adelman's ruling as "the most comprehensive opinion yet detailing the case against voter ID laws and the paucity of evidence to justify them.

Moreover, he writes, "Judge Adelman argued that the state of Wisconsin presented no evidence of voter fraud to justify the burdens of the ID law," stating in his ruling that "The defendants could not point to a single instance of known voter impersonation occurring in Wisconsin at any time in the recent past.... It is absolutely clear that Act 23 will prevent more legitimate votes from being cast than fraudulent votes."

The original plaintiff in the case was 84-year old Ruthelle Frank, who, as we described when her federal case was first filed by the ACLU in late 2011, found herself unable to vote under Wisconsin's new law, since she was unable to receive a supposedly "free" photo ID without paying $20 for a copy of her birth certificate.

Frank had voted in every election since 1948 and is an elected member of the Brokaw Village Board. But she was born at home, so never had a birth certificate. She finally discovered that she was listed in the state Register of Deeds, but her name had been misspelled there, an error which would have cost her $200 to correct...before she could get her $20 birth certificate...before she could get her "free" ID...all of which she would have been forced to accomplish without having a drivers license.

Frank was just one of some 17 plaintiffs named in the ACLU case.

Last week, Arkansas' photo ID law --- originally vetoed by the Democratic Governor there, but overridden by the Republican state legislature --- was found in violation of that state's Constitution. A federal case by the ACLU is also pending there.

In January, the draconian photo ID law passed by Republicans and signed by a Republican Governor in Pennsylvania was found to violate that state's Constitution.

The Republican polling place photo ID law signed by Gov. Scott Walker in Wisconsin has been repeatedly rejected by state courts as a violation of the state Constitution over the past year and is currently pending before the state Supreme Court. Walker has recently suggested that if the law is overturned there, it would be the only issue that he would find "pressing" enough to convene a special session of the legislature "before the next election"...when Walker will be on the ballot.

Today's ruling striking down the Wisconsin law in federal court would seem to make that possibility much more difficult, as a law would need to be drafted and passed that could withstand both state and federal muster, at this point, and all of it before this November's elections.

The ruling also does not bode well for Republican laws enacted in Texas or in North Carolina just after last year's Supreme Court ruling on the VRA. The U.S. Dept. of Justice is challenging the statutes in those states as violations of both the U.S. Constitution as well as under Section 2 of the Voting Rights Act. Today's ruling in federal court in WI has set a precedent that may be difficult for supporters of such discriminatory laws to overcome. Indeed, The BRAD BLOG is on record as predicting that the Texas photo ID law is "almost certain to get nixed," based on findings by federal courts previously and for reasons not unlike those described in Judge Adelman's ruling today.